Putting in the necessary time and effort, in the pursuit of knowledge, has been a way of life for the Nigerian-born doctoral candidate in the University of Idaho College of Engineering.

“My mom is an iron woman. In high school, she always said I shouldn’t come back home unless I have at least a 90 percent in all of my classes,” he said. “If I score less than 90, I know I wouldn’t be able to face her because of all the sacrifices she’s made.”

Adekanmbi is the 2019 first-place winner of Idaho’s Three-Minute Thesis/Three-Minute Masters Competition, a statewide contest for graduate students to present on what they’re doing to make the world a better place.

His research involves finding unique identifiers in infected cells that cause some of the most microscopically indiscernible diseases, babesiosis, which is often misidentified as malaria, and borreliosis, also known as Lyme disease. His method of identification uses the electrical properties of cells to differentiate them.

Over 1 million people die from mosquito-borne malaria each year, and Adekanmbi said it is possible some of these deaths are actually caused by babesiosis. 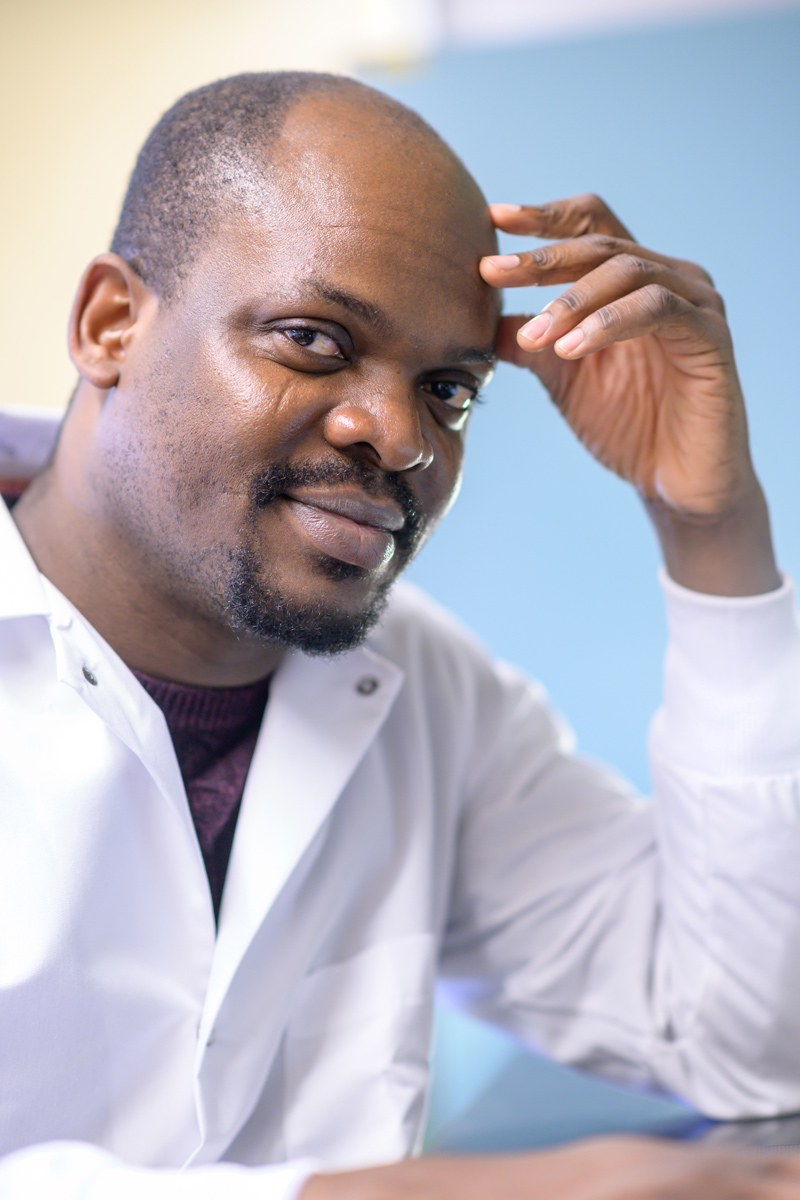 The infections that cause babesiosis and malaria both attack and destroy oxygen-carrying red blood cells. With less oxygen in the body, patients can grow weak and suffer from a host of similar symptoms. Both diseases also look similar from a microscopic level, making accurate diagnosis vulnerable to human error.

Babesiosis also originates from the same tick as Lyme disease, which may occur in conjunction with babesiosis. About 40 percent of the people who have Lyme disease also have babesiosis.

Adekanmbi recently accepted a position with the multinational semiconductor manufacturer Intel as a process engineer, and will be working in the company’s Chandler, Arizona, location. Process engineers focus on using the fundamental laws of nature to transform raw materials into products useful in society.

My mom is an iron woman. If I score less than 90 in my classes, I know I wouldn’t be able to face her because of all the sacrifices she’s made. Ezekiel Adekanmbi
Senior, Chemical Engineering

As a chemical engineering major, Adekanmbi’s skillset and research background will allow him to evaluate chemical reactions and identify improvements needed in the manufacturing process.

Cellular characterization is a far cry from where Adekanmbi started his graduate research. He had been studying at King Fahd University of Petroleum and Minerals in Saudi Arabia, conducting petroleum research, when he spied a graduate assistantship opportunity in the U.S. via LinkedIn.

“I had studied in a city with about 20 million people, and knowing that I would be coming to a town of about 25,000 people was a relief,” he said. “I was super excited about studying at U of I. The opportunity had come to do something health-related, which is important to saving the world.”

A young student checks out a mechanical engineering display at the expo.

The longest-running student engineering innovation showcase in the Pacific Northwest, EXPO showcases senior projects from the U of I College of Engineering’s senior capstone program.

Although his Three-Minute Thesis competition centered on babesiosis, Adekanmbi is still working to perfect his actual thesis before graduating in spring 2019. Since coming to the U of I in 2014, he’s worked on projects involving salmonella, breast cancer and the extraction and recovery of metals. His research has been published four times, and he’s presented at numerous conferences.

“More than 80 percent of what I know today is based on personal exploration,” he said. “My professor set the pace by making sure I connect with the people that matter in our field and also gave me the freedom to direct my research the way we both adjudged best.”