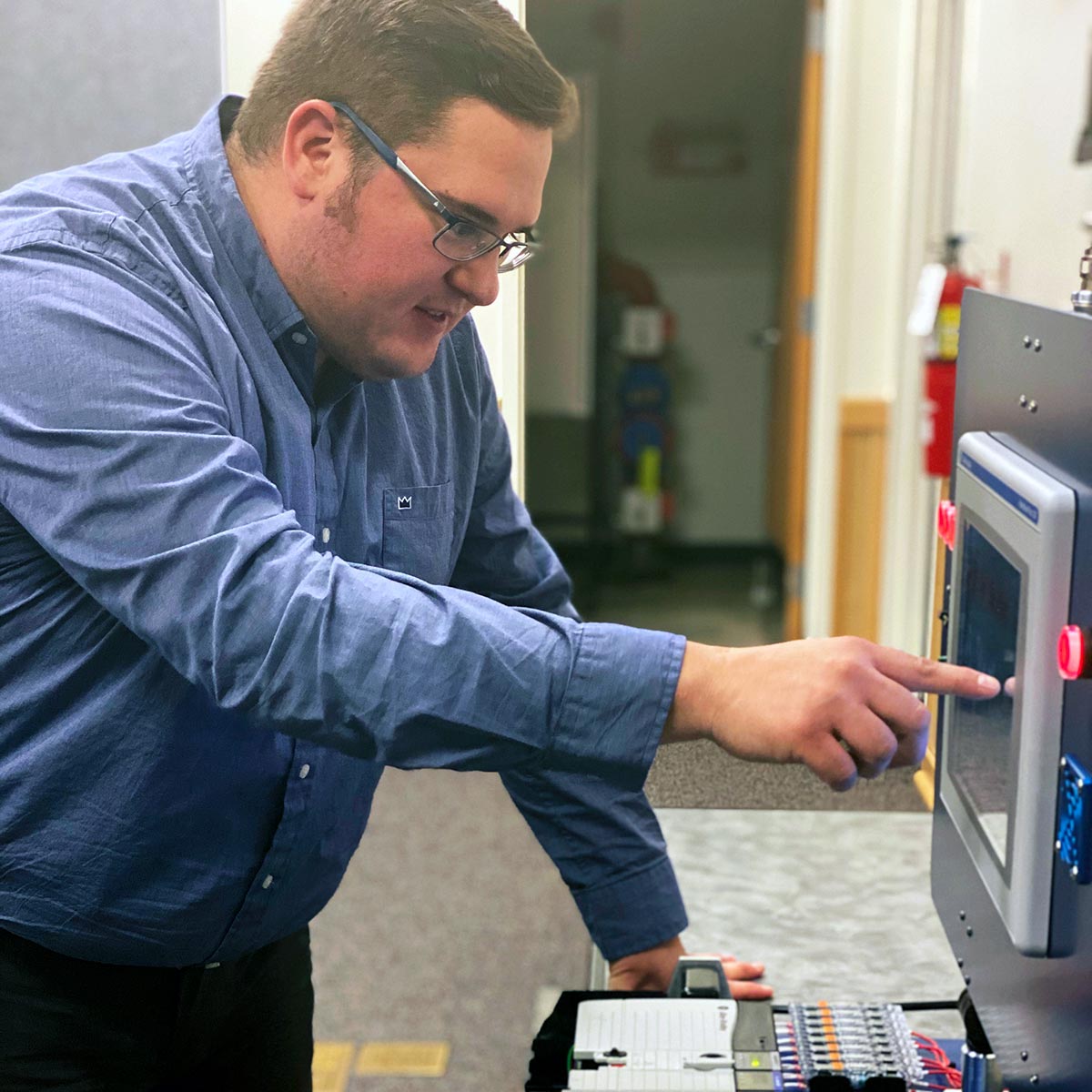 Imagine this. A group of six outsiders equipped with 22 pounds of TNT explosive and automatic weapons are outside your building. They have comprehensive knowledge of the facility and are willing to kill or be killed.

Now, imagine if you could take that threat, quantify it and place it in an algorithm that would not only provide precise defense actions but give further insight into how the enemy might react based on past events.

That was the topic of spring 2020 College of Engineering doctoral graduate Jacob Benjamin dissertation – but for cyber attacks.

Liken a cyber attack to an earthquake, and Benjamin’s dissertation goes something like this: Say, every 100 years there is a 6.0 earthquake in a given region. Using that information, city planners know infrastructure needs to withstand at least that level of a quake. That information is what's called a design basis threat and is used as the requirement for seismic protection systems. A stronger earthquake is beyond design basis, and officials would need to prepare for the possibility that the building may collapse.

From a cybersecurity standpoint, that information is just now starting to exist as more cyber attacks occur and adversary techniques are increasingly analyzed and documented. Benjamin’s current employer, the industrial cybersecurity firm Dragos, Inc., actively tracks industrial threat activity groups. One of the most dangerous groups, XENOTIME, is focused on intentionally compromising and disrupting industrial safety instrumented systems, which can lead to scenarios involving loss of life and environmental damage.

“If the government says right now XENOTIME is attacking, right now a nuclear power plant wouldn’t know how to respond,” he said.

“With cybersecurity, it’s the unbounded threat that’s the most intimidating,” he said. “This idea that regulation and policy don’t bind it in any quantifiable way. One minute, we could be trying to keep anonymous, low-skill hackers out of the way, the next, we might have to respond to the whole might of Russia and China.”