The University of Idaho Vandal Marching Band didn't settle for 100 candles on its birthday cake. The band’s 100th anniversary included loud music, lots of dancing and bright lights — about 1,125 LEDs to be exact.

The band’s Homecoming football game performance included 150 new percussion triangles that light up when played, an engineering and design feat from a half a year’s worth of collaboration among four U of I colleges and hundreds of volunteers.

Band Director Spencer Martin pitched the idea to the College of Engineering to design a rebar triangle that could not only light up but be easily mass produced by non-engineers.
Previous Next 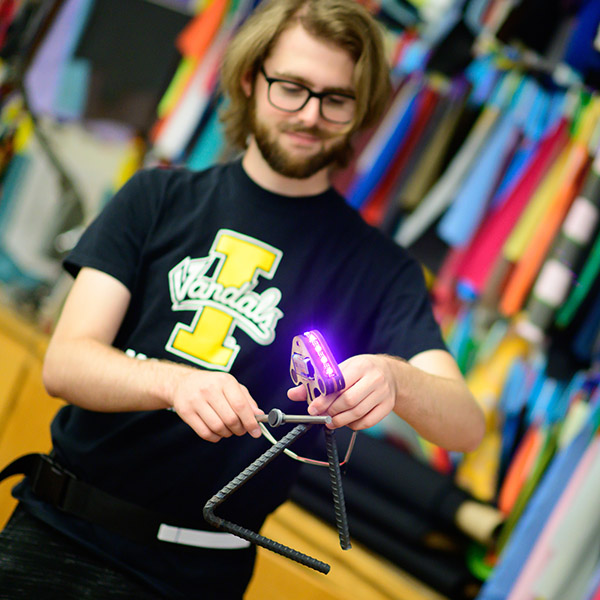 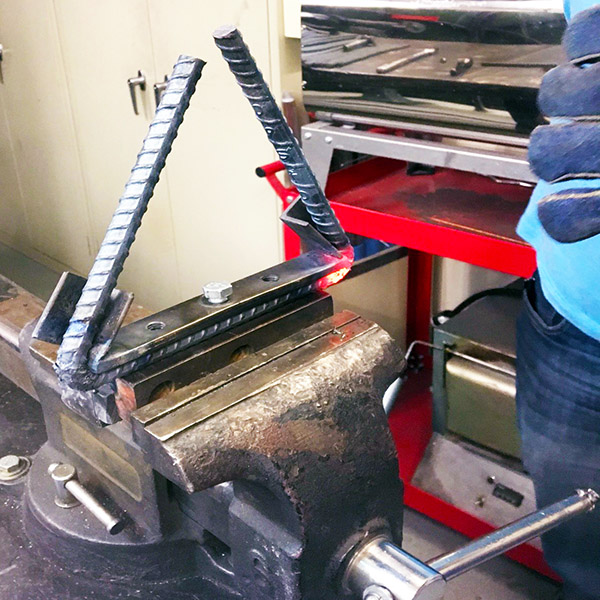 Mechanical engineering and computer science students were tasked with creating a prototype that could be used as a guide to create 150 triangles.
“We didn’t know how the triangle was held or even used,” said engineering alumnus Bryce Dinger ’19. “We put those triangles into as many band member’s hands as possible to test our designs.”
Previous Next 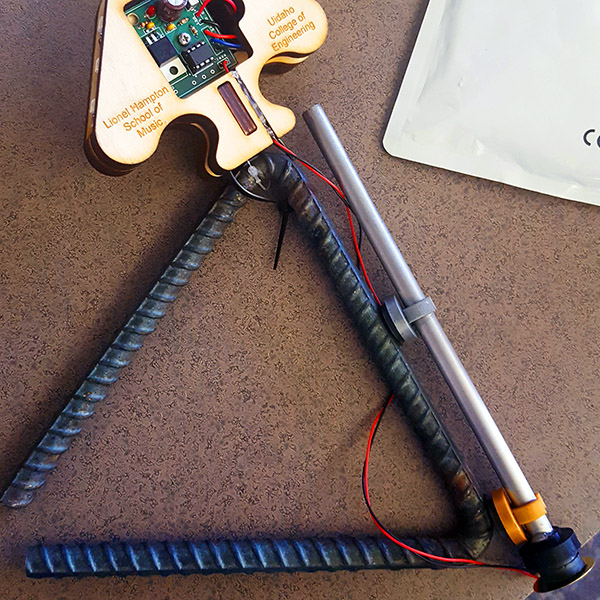 Holding a triangle while playing another instrument wasn’t feasible, so the team partnered with the College of Agricultural and Life Sciences to create a solution.
Previous Next 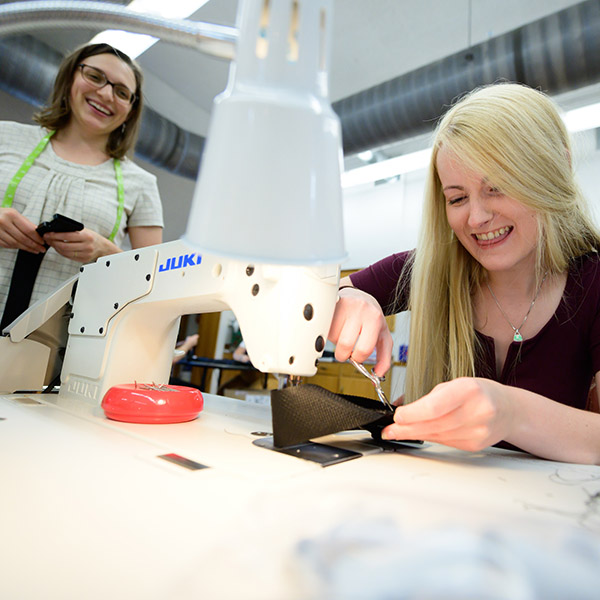 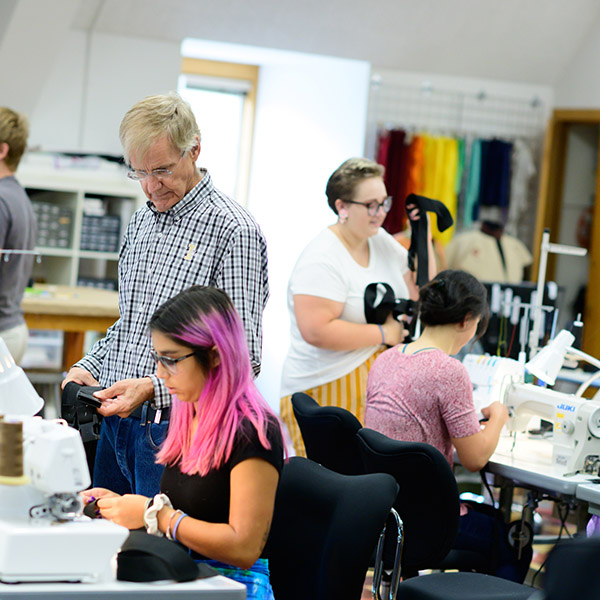 Margaret Ritchie School of Family and Consumer Sciences instructor Chelsey Lewallen helped design a hip belt, complete with triangle holster, to hold the instrument when not in use. A team of apparel, textiles and design students mass produced the belts in just a few hours.
Engineering graduate student Selso Gallegos said it took more than 20 hours to laser cut the five-piece handles prior to assembly.
Previous Next 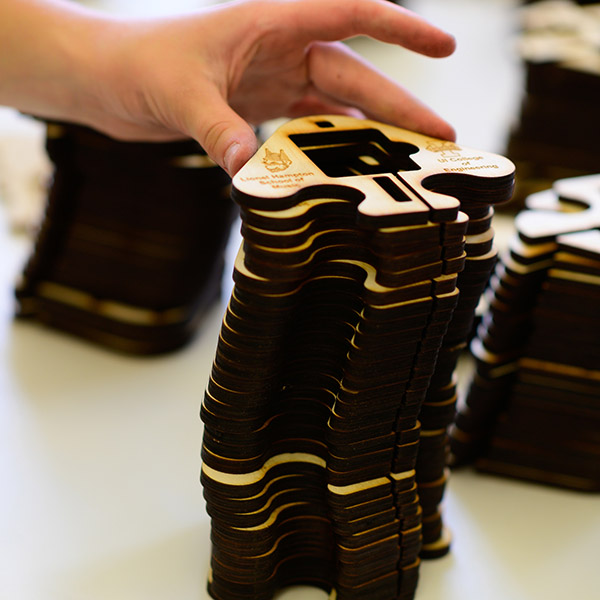 Band members volunteered weekends to assemble the triangles, stacking layers of wood to build the handles and soldering components on each instrument’s operating computer.
Previous Next 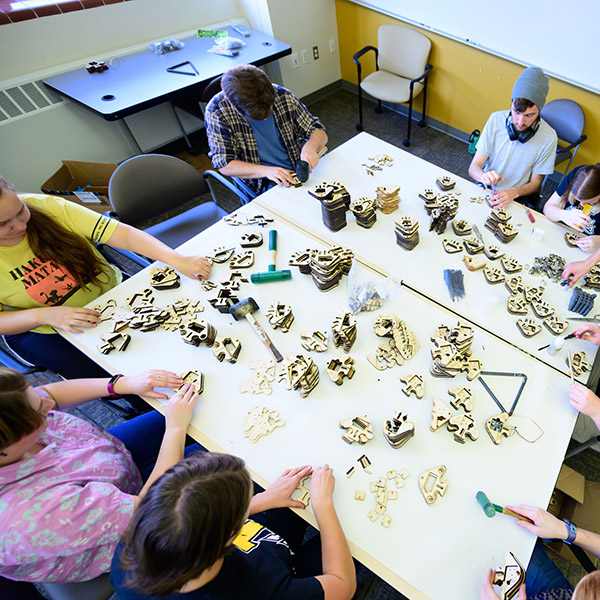 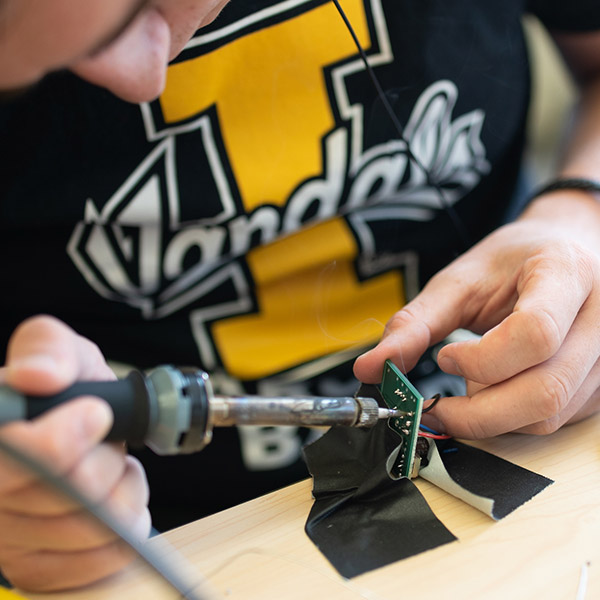 U of I Coeur d’Alene's first master’s graduate in computer science, Nancy Ripplinger, and Associate Professor Bob Rinker designed the custom circuit boards to control the LED strips.
The triangle light show was a central part of the Marching Band’s Homecoming performance.
Previous Next 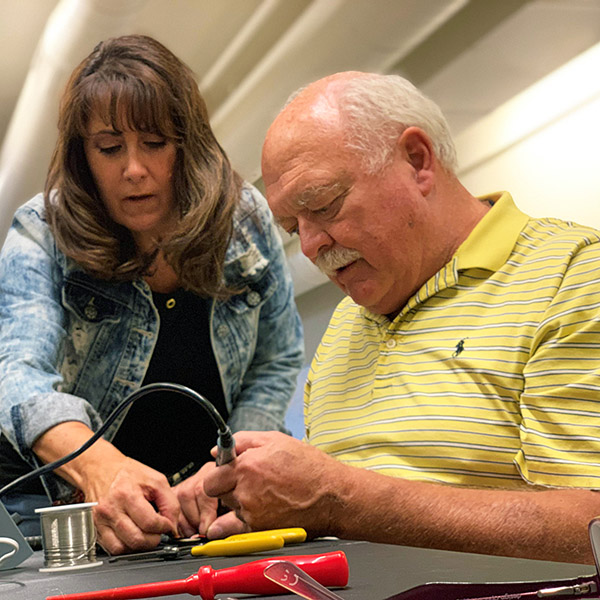 "Even coming from very different backgrounds, our commitment to testing and attention to detail to create a quality product is the same," said engineering alumnus Richard Baughman ‘19.
Previous Next 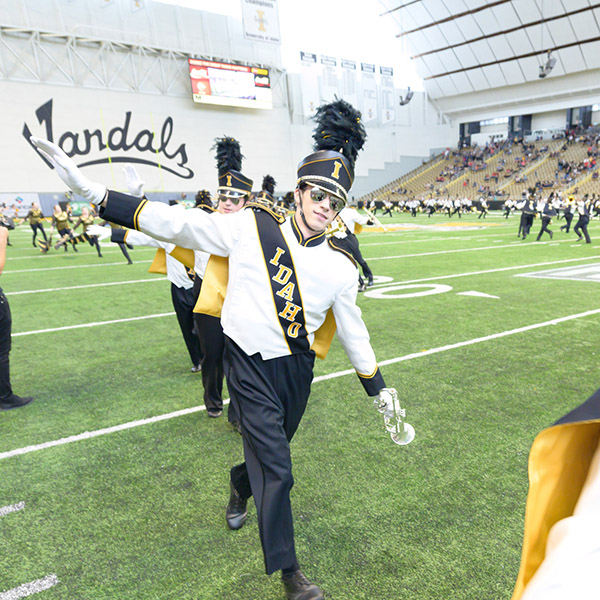 Thank you for all the collaborative efforts made by U of I students, faculty, staff and volunteers that made this project possible:

Circuit Board and Coding

This project was funded by U of I students through the Student Arts Fee Grant, distributed by the U of I Arts Committee.