Mark Engberg believes that encouraging U of I’s College of Art and Architecture to provide more hands-on learning opportunities will benefit not only students but also the state of Idaho.

So much so that he’s betting on it, personally and professionally.

Engberg ’84, earned his bachelor’s in architecture at U of I. His company COLAB Architecture + Urban Design in Portland, Oregon, plays a major role in the Lupine Flats project to build six small houses in Moscow over the next six years to address affordable housing issues.

The project, a partnership between COLAB, CAA, the Moscow Affordable Housing Trust (MAHT) and General Contractor Teal Studio Design Build, will showcase four students in CAA’s Design-Build Program who will design and build a small house each year on a section of land owned by MAHT.

Randall Teal, professor and head of U of I’s architecture program, owns Teal Studio Design Build. He encouraged Engberg to return to his alma mater to teach classes several years ago.

“I’ve always been interested in helping U of I students gain experiences they don’t normally get in the classroom,” Engberg said. “I’m hoping that together we can build a more robust design-build program at U of I.” 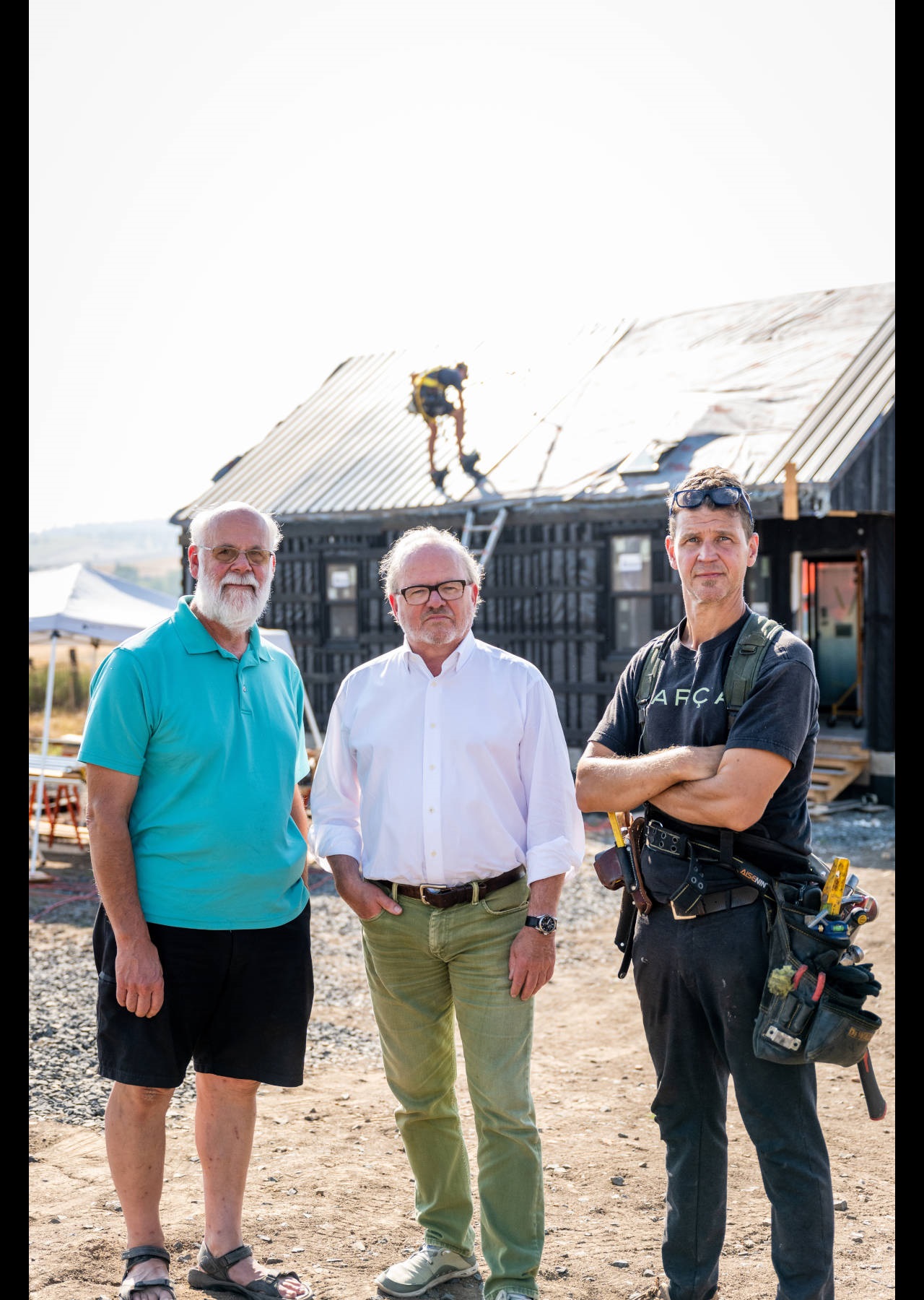 Nils Peterson of the Moscow Affordable Housing Trust, Mark Engberg and Randy Teal celebrate being in the final stages of construction. 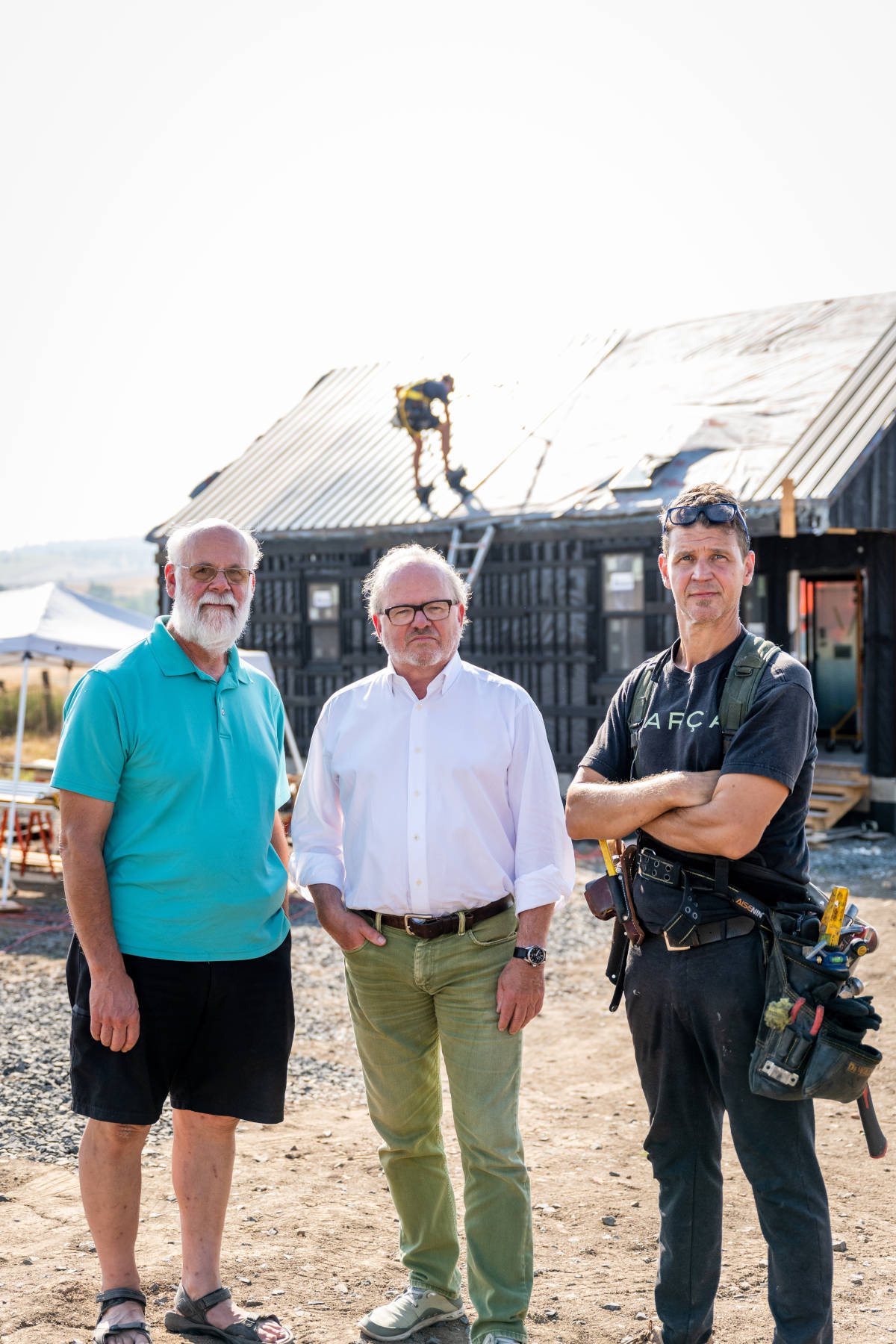 Nils Peterson of the Moscow Affordable Housing Trust, Mark Engberg and Randy Teal celebrate being in the final stages of construction.

Although he co-taught classes with Teal in the past, this project is far more encompassing for Engberg. He and his wife Laurie lent the capital needed for the initial material investment. Additionally, the four students building the first house worked as interns for COLAB while designing the project.

Engberg hopes this type of experience will make it easier for students to make the transition from the classroom to a career in architecture.

“These students were acting as employees of COLAB,” he said. “We expected them to take the ball and run with it. They’re the ones who met with engineers and building inspectors. We were here to answer questions, but they ran the project.”

Engberg hopes that U of I can create an ongoing house-building program that offers a tremendous learning opportunity for design-build students while making a real impact on affordable housing issues in and around the Moscow area.

CAA, U of I Alumnus and MAHT Collaborate to Address Affordable Housing

When I hear U of I President Scott Green talk about hands-on experience and creating a healthy, thriving Idaho, I want this project to be an example of that. Mark Engberg

When the first house is complete, it will be sold, and any profit from the sale will fund materials for the second house. Engberg believes building small houses in this way can become self-sustaining and keep growing, thus becoming a landmark program for the university.

“When I hear U of I President Scott Green talk about hands-on experience and creating a healthy, thriving Idaho, I want this project to be an example of that,” he said.

Photos by Andrew Botterbusch for University of Idaho Creative Services 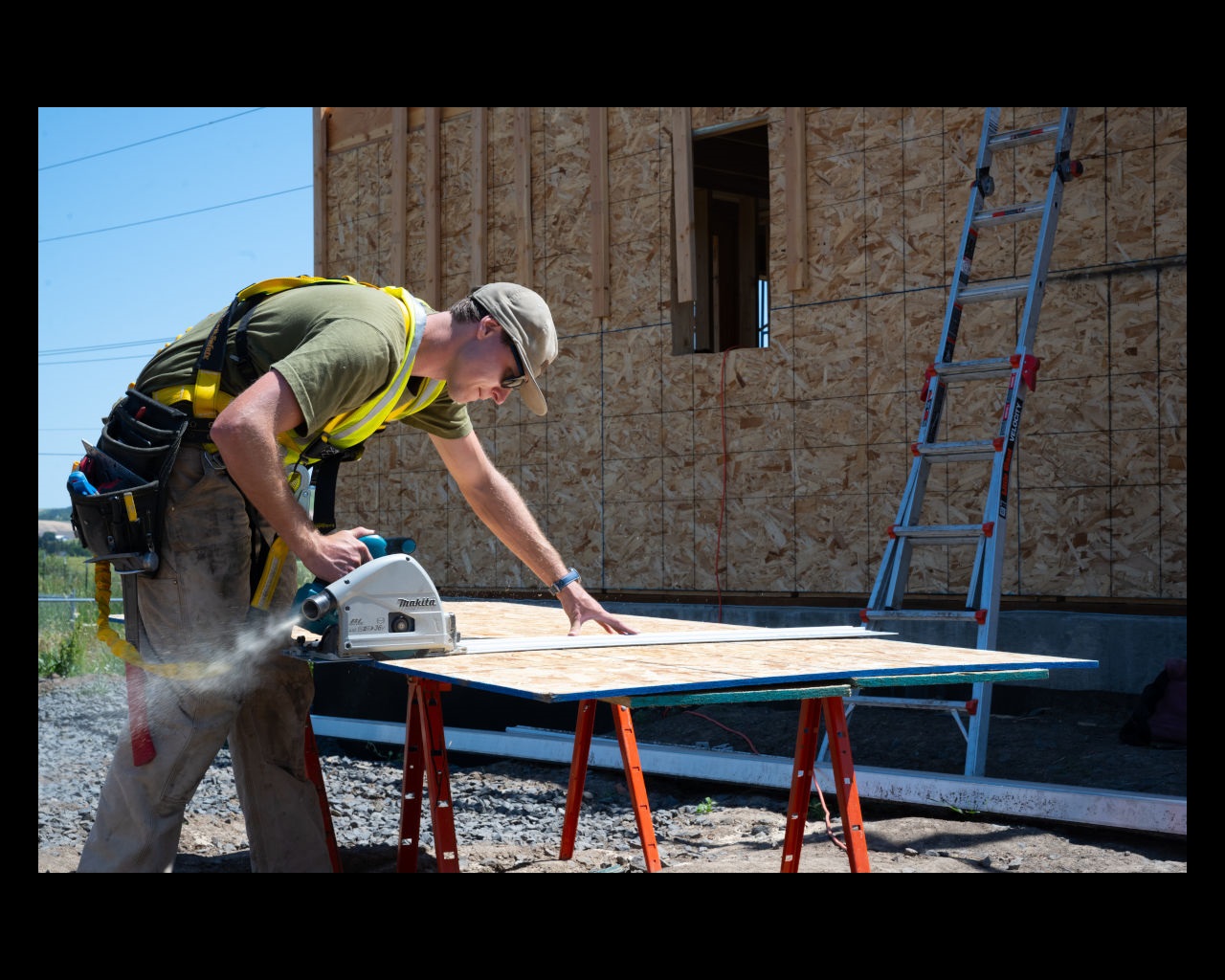 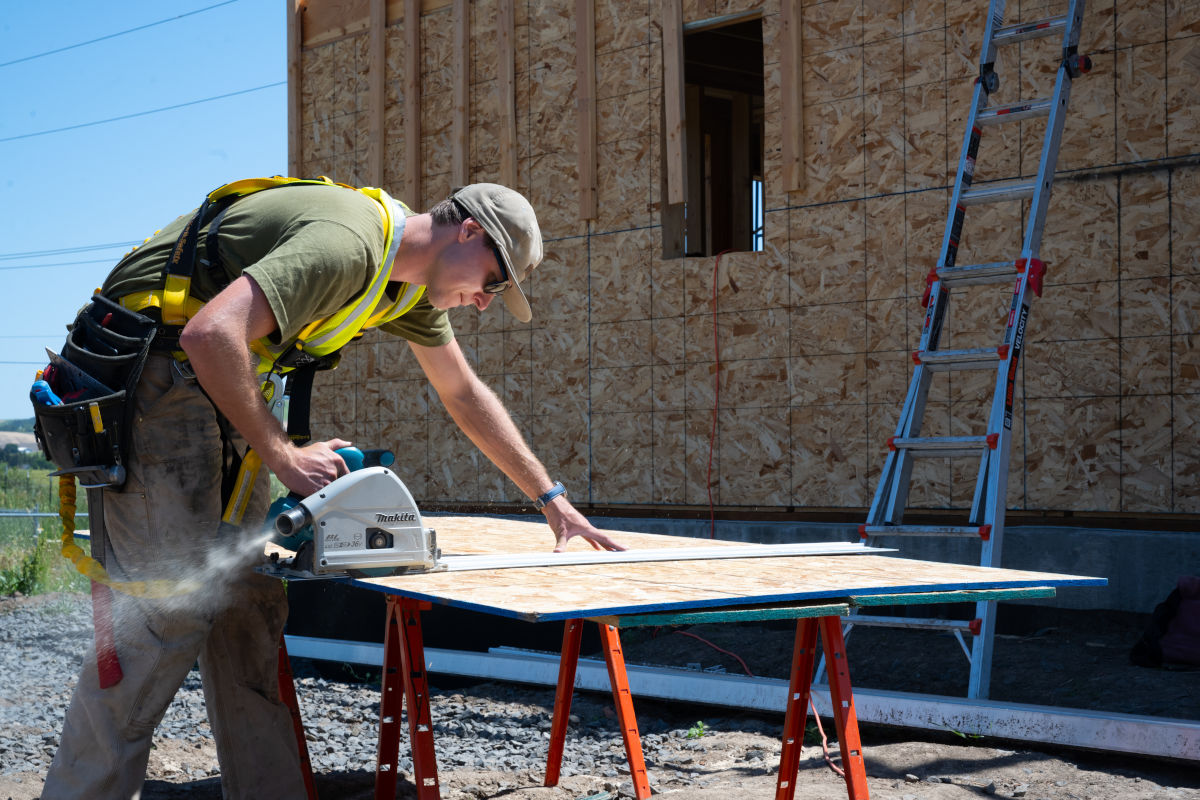 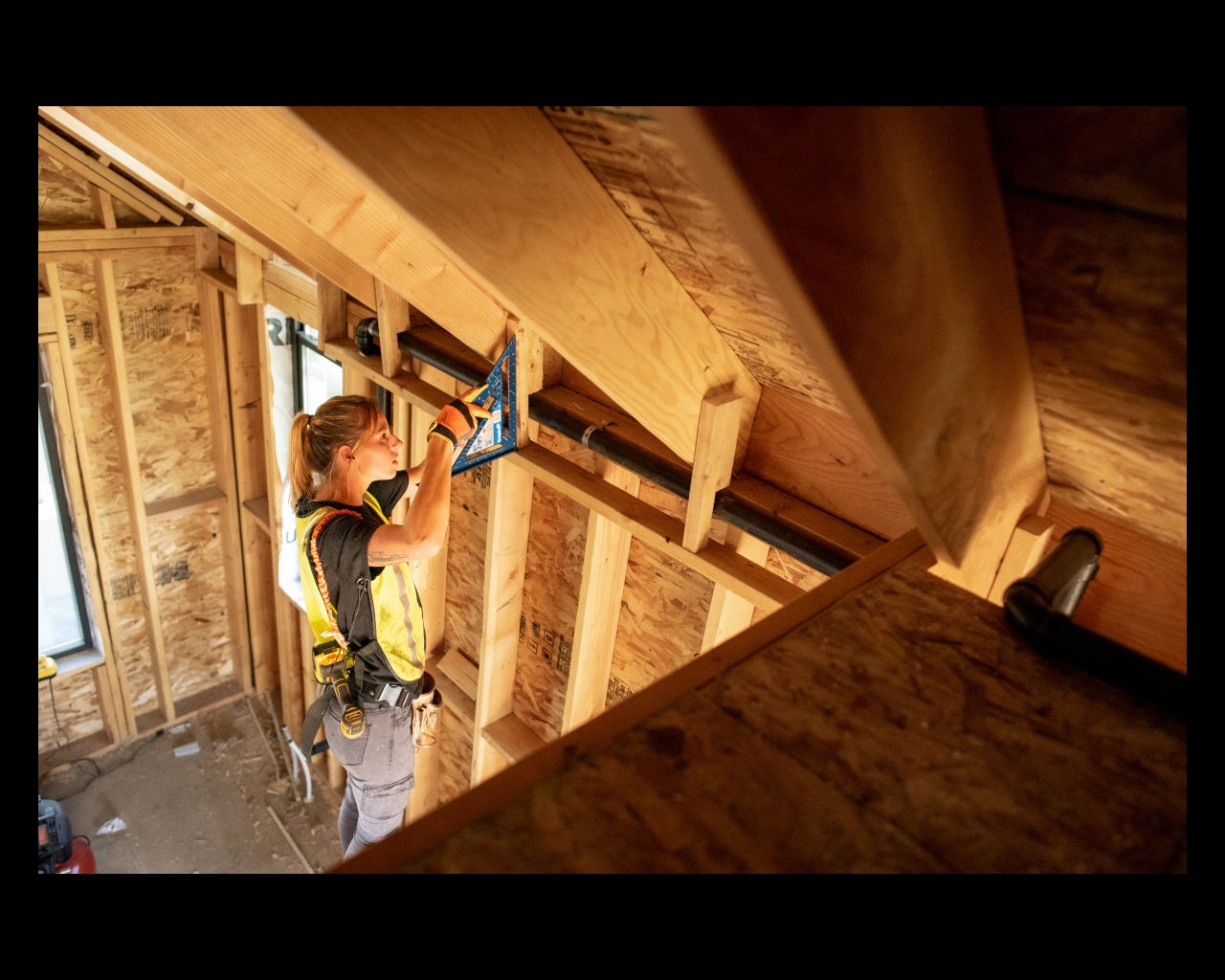 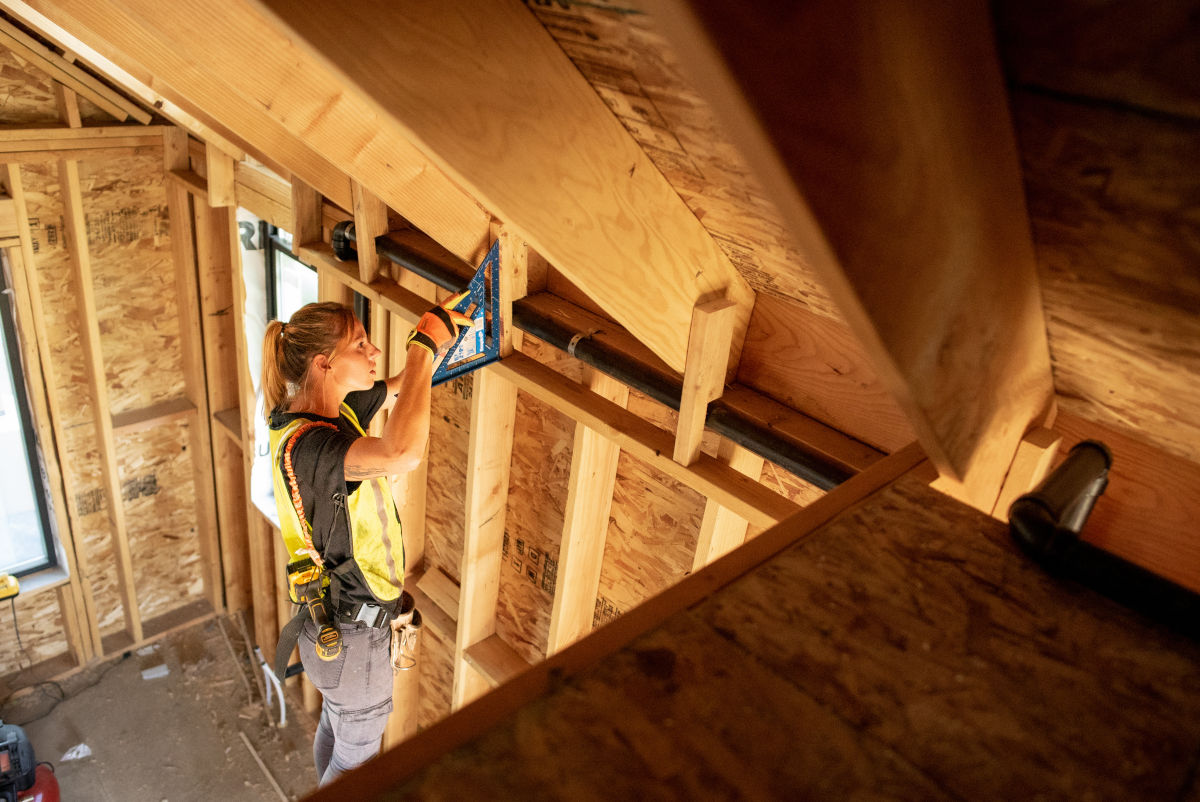