Growing up in a state famous for growing corn and building John Deere farm tractors, freshman forestry student Andrew Byrd was an anomaly. As a teenager, Byrd was drawn away from the flat, treeless fields of central Illinois to the mountains of the West and its tall timber. After following his love of trees to the University of Idaho for a forestry degree, he was surprised to find a John Deere tractor pulling logs instead of plowing fields. In fact, the tractor used to skid logs at the University of Idaho Experimental Forest is the first grapple skidder in the western U.S. to use four articulated tracks instead of wheels to keep forest soil intact during timber harvesting operations. Byrd joined Associate Professor Rob Keefe to measure how soil is compacted under the skidder’s tracks compared to machines that use rubber tires. Compacted soils reduce fertility and enhance runoff, which causes erosion. The articulated tracks turn independently, allowing the new machine to work on terrain where rubber tire machines may not be feasible. If Byrd’s compaction studies show the new skidder’s tracks have minimal impact on soil compaction, it could open the door for wider use of articulated track skidding machines at sustainable logging operations throughout the Intermountain West.

Researchers want to know if articulated track skidders are easier on soil than rubber-tire skidders.

Freshman Andrew Byrd directed the research under the tutelage of Rob Keefe, associate professor of forestry.

Soil samples were collected at the U of I Experimental Forest logging site.

They sampled undisturbed soils as well as soil from the trail of skidding machines.

Soil samples were dried and weighed in a lab to compare compaction. 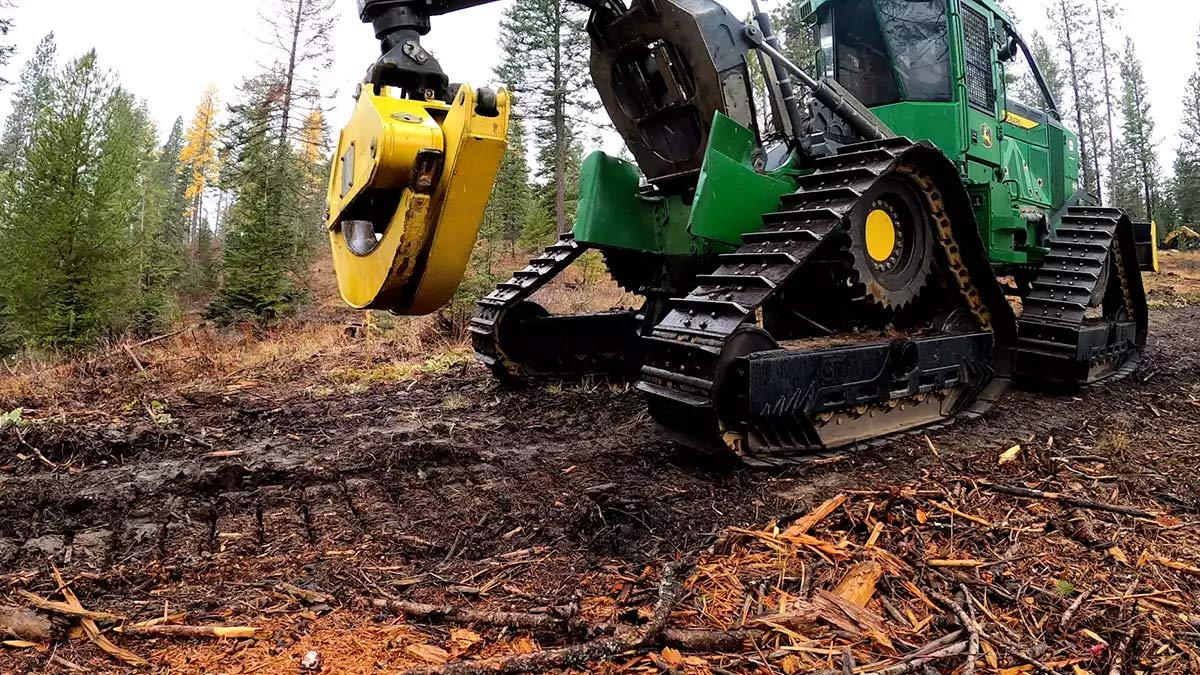 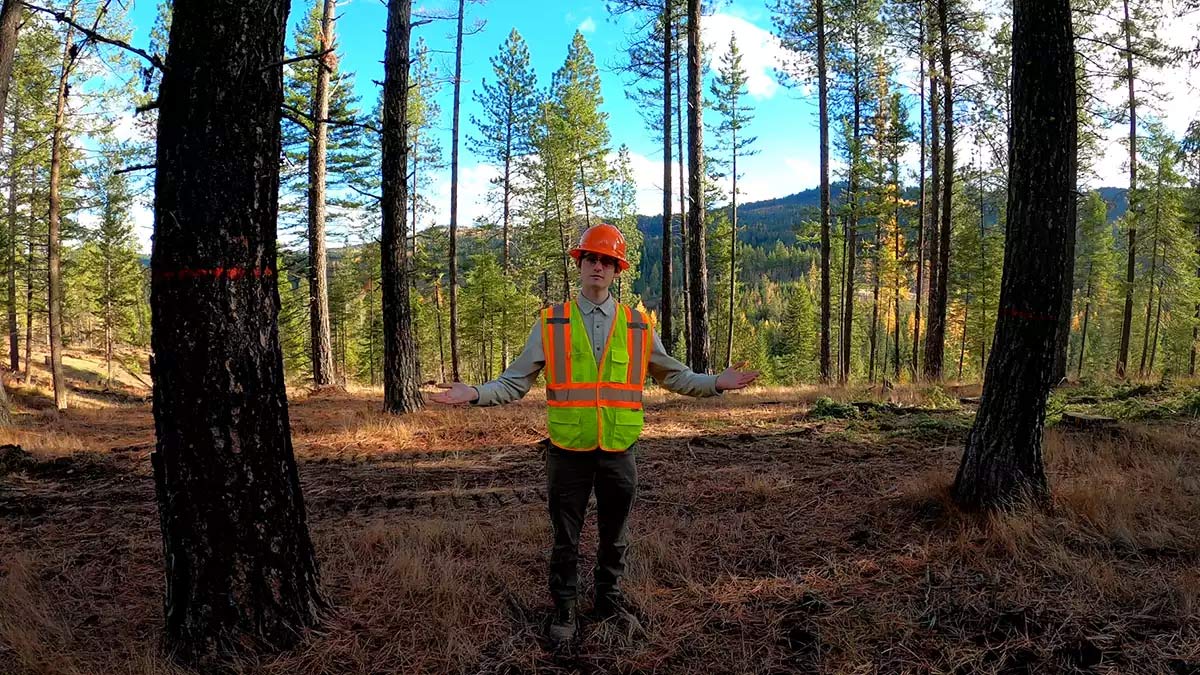 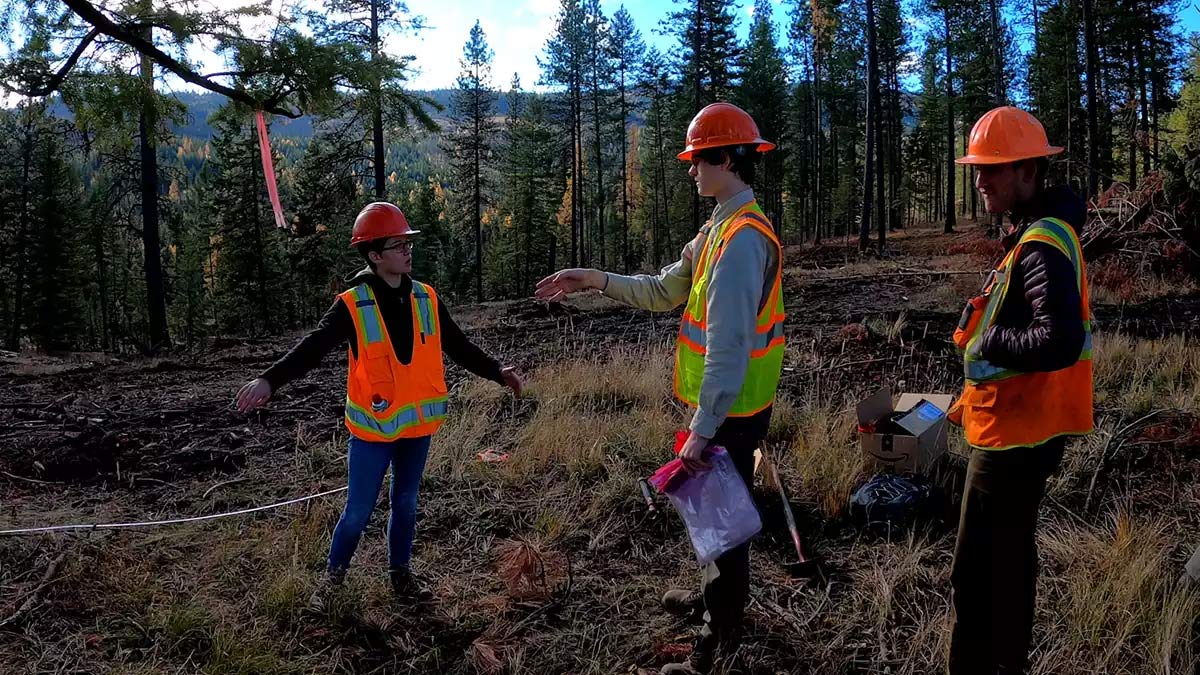 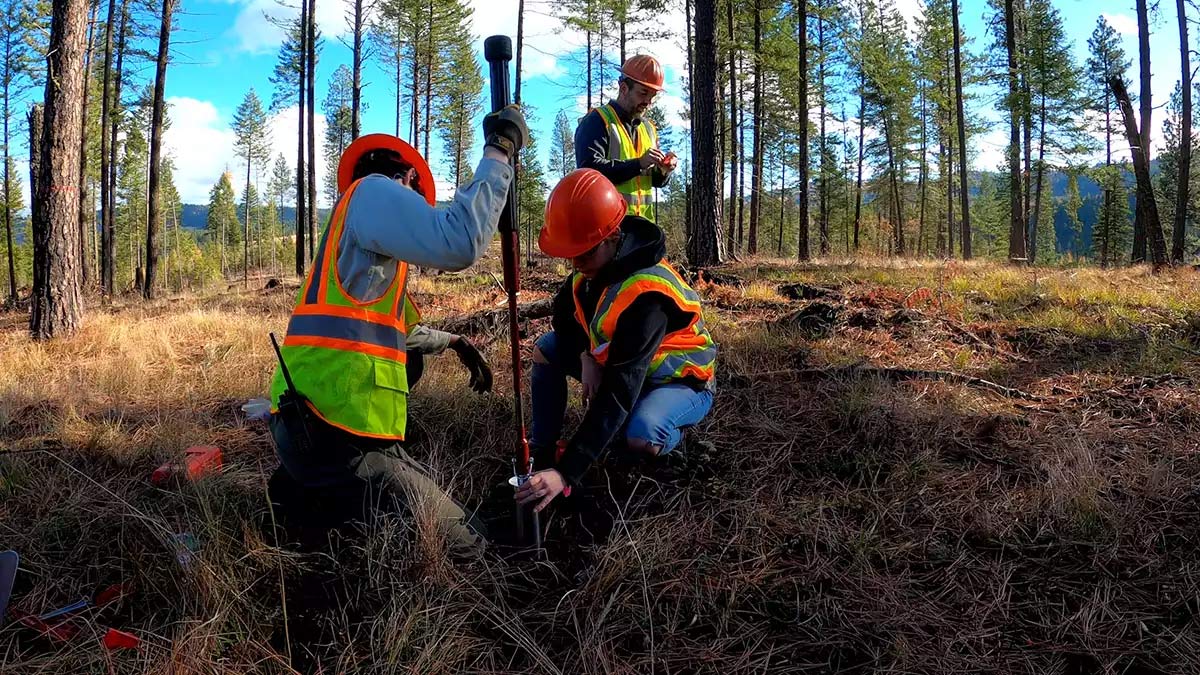 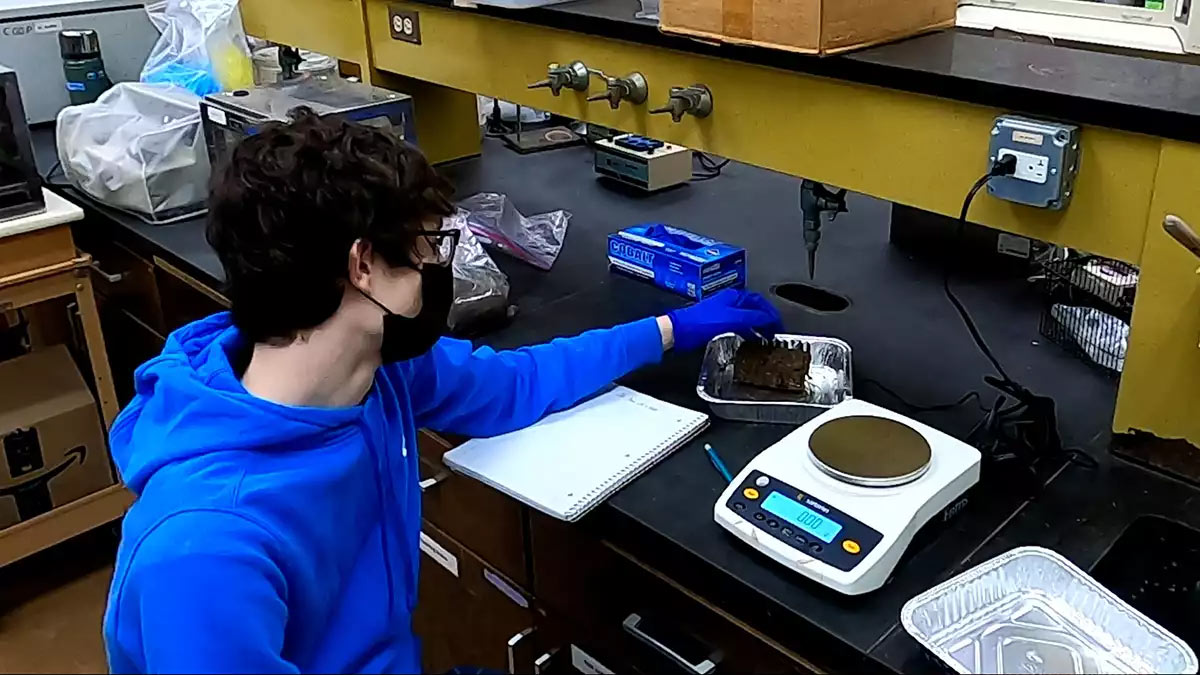