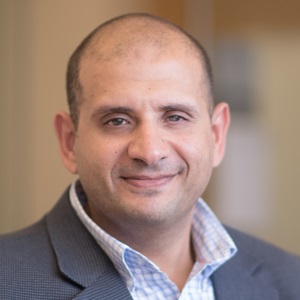 Mohamed Hefeida is a clinical assistant professor with the ECE department. He received his bachelor's and master's degrees in electronics and communications engineering with highest honors from the Arab Academy for Science and Technology in 2004 and 2006, respectively. He earned his doctorate in electrical and computer engineering from the University of Illinois at Chicago in 2013, where he also worked as a visiting assistant professor for one year. Before joining the ECE department at the University of Idaho, Hefeida was an assistant professor of electrical engineering with the American University of the Middle East in Kuwait, where he also served as an interim chair of the computer engineering department. His research interests span a wide spectrum of networking and communication techniques, with particular interest in Wireless Sensor Networks, Internet of Things (IoT), Cross-Layer Design, and Data Collection & Processing.