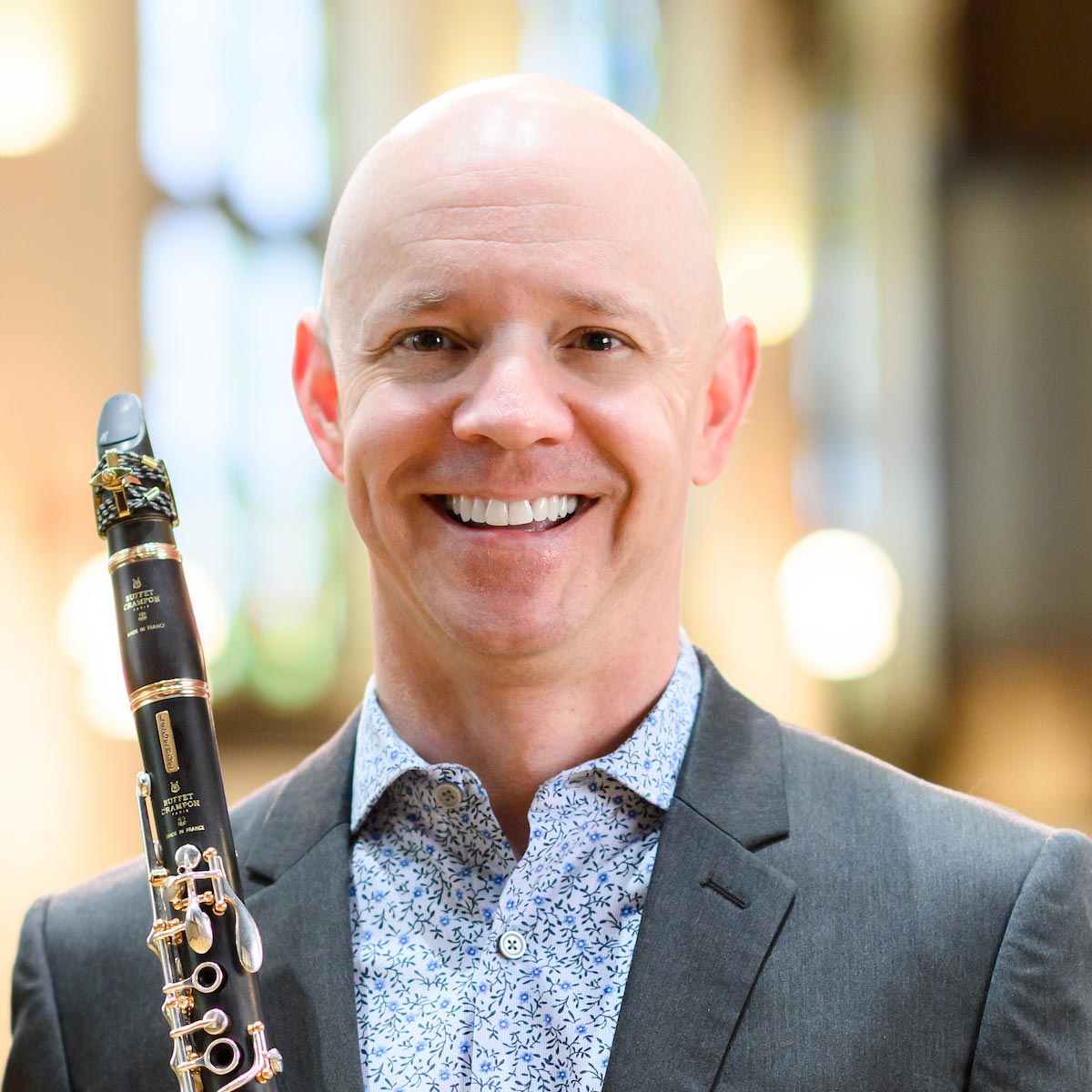 Shawn Copeland joined the faculty in 2014. His teaching duties include the clarinet studio.

Clarinetist Shawn L. Copeland, D.M.A is a multidimensional musician, pedagogue, and entrepreneur whose talents have made him a leader in both the performance and musician wellness spaces. In 2014, Copeland joined the faculty of the Lionel Hampton School of Music at the University of Idaho, where he currently holds the position of Associate Professor of Clarinet and teaches Alexander Technique and Entrepreneurship classes.

A staunch advocate for new music, Copeland is a founding member of TOSCA DUO, Hammers & Reeds Trio, and Relevents Wind Quintet. These chamber groups seek to champion new music by creating innovative performances and commissioning projects. His ongoing work with composer Carlos Velez has resulted in a growing body of solo and chamber music for clarinet, including three quartets, two duos, a sextet, a solo suite, and an album of the composer’s works. Many of these works have been premiered at the International Clarinet Association’s ClarinetFests in 2005, 2006, 2014, 2016, and 2017. Of a Song, a Hammers & Reeds Trio commission, was premiered at the 2015 International Double Reed Society Conference in Tokyo, Japan. These chamber groups have also resulted in a number of recorded albums, Copeland’s most recent recording project, Pulse: The Collected Works of Carlos Velez, includes the Pulse Sonata with Rajung Yang (piano) as well as three clarinet quartets featuring the Velez Clarinet Quartet (Copeland, Chris Kirkpatrick, Lynn Musco, and Jessica Speak). Copeland has also been featured on two albums with TOSCA DUO: a self-titled debut album and another, entitled Dimensions, with Rajung Yang (piano). Copeland is a strong supporter of creating equity in the arts. His upcoming projects celebrate diverse people groups and voices. Upcoming projects include the recording of works by Nansi Carroll and a recording project entitled Heros and Icons that commemorates the LGBTQIA Fight for Civil Rights.

In addition to his vibrant performance career, Copeland is an accredited teacher of the Alexander

Technique and a specialist in Body Mapping. His interest in Alexander Technique and Body Mapping began in 1997 at the Brevard Music Center. It was here where Copeland’s passion surrounding holistic teaching began. He believes in the inclusion of the body in the creative process and strives to create a safe place for the whole person to learn. His pedagogy teaches that the body represents lived experiences and seeks to affirm these experiences while helping students grow. His work with performing musicians has helped hundreds of musicians improve their performance and understand the nature of their performance-related injuries, and has led to the founding of mBODYed, LLC; an online training program dedicated to training performers and teachers to use Body Mapping and Alexander Technique in their performance practice and teaching. He currently serves as a training mentor and Chair of the Diversity, Equity, Inclusion and Belonging Committee, with the Association of Body Mapping Education, is a sponsoring teacher with Alexander Technique International. He is also the Co-Founder and Co-Director of Inter-Mountain Alexander Training, a new program that trains teachers of the Alexander Technique. He is the co-author of the upcoming publications, Body Mapping for the Clarinetist and Breathing for Clarinetists.

Copeland’s entrepreneurial background combined with his studio and classroom teaching experience has led him to become a sought-after clinician. He travels extensively, giving masterclasses and lessons at universities and conferences throughout the country. During the summer Copeland teaches at the Stetson University Summer Clarinet Clinic, the Eastern Music Festival, and Freedom and Ease of Movement, an Alexander Technique residential workshop in Spokane, Washington.

Shawn Copeland is a Performing Artist and Clinician for Buffet Crampon U.S.A., Gonzalez Reeds, Inc., and the Silverstein Group.