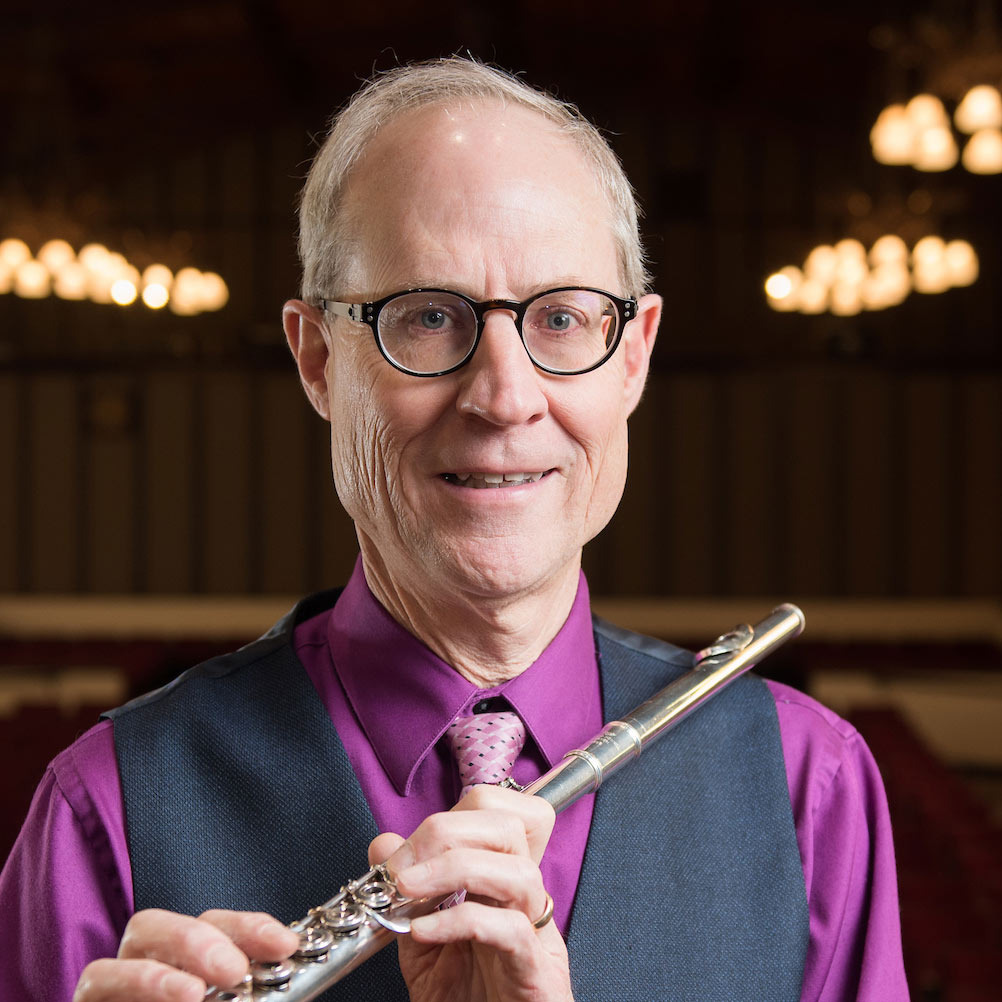 Leonard Garrison joined the faculty in 2006. His teaching duties include the flute studio and MusX 101: Orientation for Music Majors.

Leonard Garrison is University Distinguished Professor of Flute and Associate Director in the Lionel Hampton School of Music at the University of Idaho recipient of the University’s inaugural Presidential Mid-Career Award and an Idaho Commission on the Arts Fellowship. He is flutist in the Northwest Wind Quintet at the University of Idaho and the Scott/Garrison Duo, Principal Flute of the Walla Walla Symphony, and Past President and Program Chair of the National Flute Association. In summers, he teaches and performs at Blue Lake Fine Arts Camp in Michigan.

His eleven CDs, including premiere recordings of Joseph Schwantner’s Looking Back and many other works, have received rave reviews. Flute Talk magazine called Superflute “astounding,” and The Flute Network said “his performance was ‘just ‘superior’ both in brilliant technique and musicianship.” Fanfare Magazine wrote of East Meets West, “Flutist Leonard Garrison’s basic sound is extraordinary—uncommonly rich, pure, and true.” Leonard has been flutist in the Chicago Symphony (including a 2003 tour of Japan) and the Tulsa Philharmonic, soloist on National Public Radio's "Performance Today," winner of the 2003 Byron Hester Competition, concerto soloist on both flute and piccolo, and a frequent performer at National Flute Association conventions. He has taught at The University of Tulsa, Bowling Green State University, the University of Arkansas, and the University of Wisconsin at Eau Claire. The Flutist Quarterly, Flute Talk and other journals have published his articles.

Leonard holds a Doctor of Music degree from Northwestern University, where he studied with Walfrid Kujala and Richard Graef. He received Master of Music and Master of Arts degrees from The State University of New York at Stony Brook, studying with Samuel Baron. His Bachelor of Music is from The Oberlin Conservatory of Music, where his teacher was Robert Willoughby.