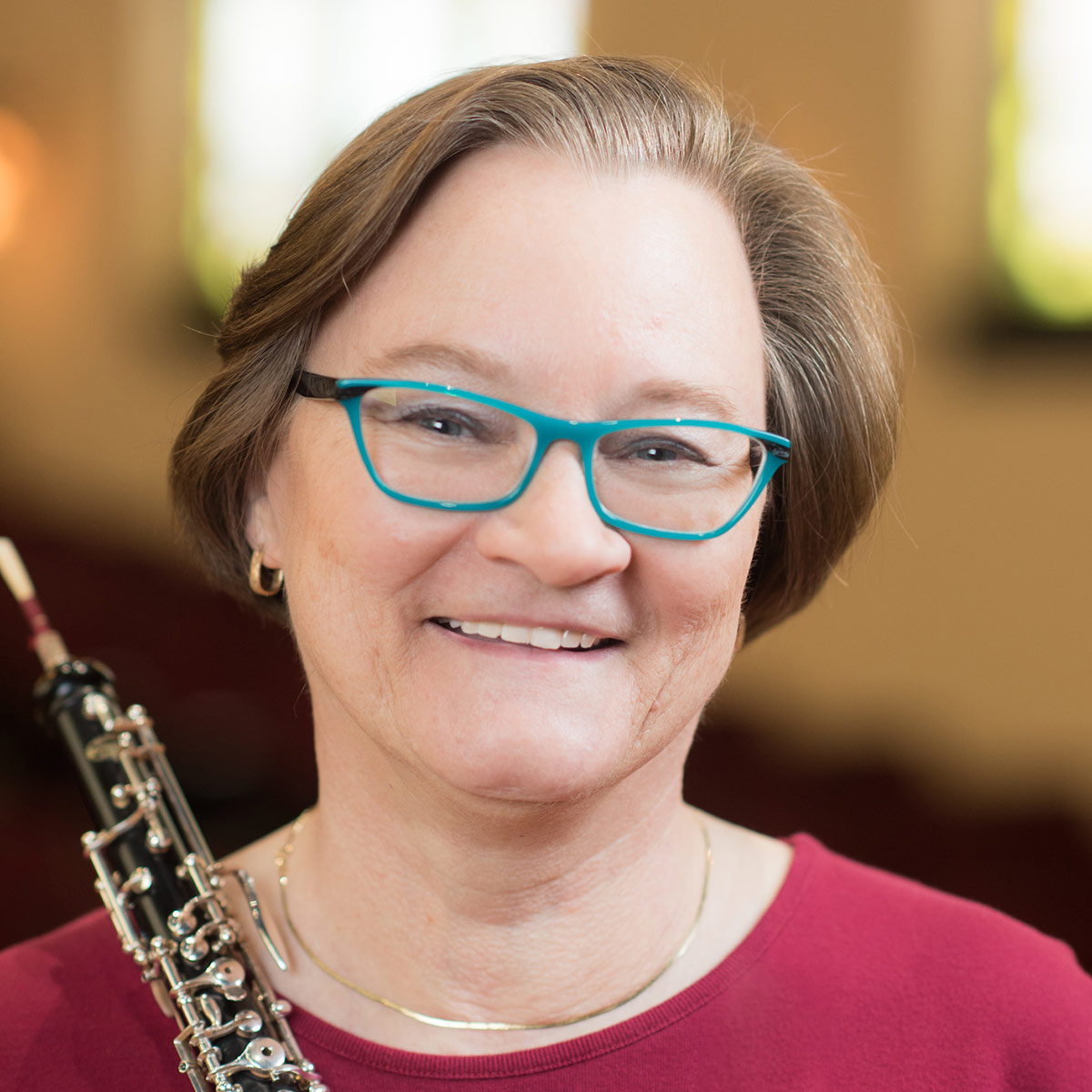 Carol Padgham Albrecht, associate professor of oboe and music history, holds a degree in oboe performance from the University of North Texas and a doctorate in musicology/ethnomusicology from Kent State University. Her oboe teachers include Noah Knepper, Richard Henderson, Charles Veazey, John Mack and Felix Kraus.

Albrecht’s career interests have always included both performance and historical scholarship and outreach. Prior to joining the LHSOM faculty in 1989 she was a program annotator for the Fort Worth and the Kansas City Symphony Orchestras. She appeared frequently in recitals and chamber music concerts and performed with the Kansas City Symphony, the Philharmonia of Greater Kansas City, and the St. Joseph (Missouri) Symphony Orchestra. She also developed a large private oboe studio.

Albrecht is an ardent champion of all members of the oboe family and frequently adapts and performs music for the English horn and the lesser-known oboe d’amore. She performs with the Northwest Wind Quintet and teaches the oboe studio, and she recently formed the UI Double Reed Quintet, incorporating all the members of the double reed family, oboe through contrabassoon. Her historical teaching interests are also quite broad. She teaches the music history survey (medieval through romantic periods); orchestra literature; period courses in the baroque, classical and romantic eras; and she has directed graduate seminars in Beethoven and Wagner. Albrecht likes to incorporate perspectives from political history, art, literature, language and general culture into her classes.

Albrecht has given many papers at professional societies including the American Musicological Society, College Music Society, the International Conference on Romanticism and the Midwest Jewish Studies Association. Her primary research area is musical activity and journalism in early 19th century Vienna, but her interests also extend to music and papal politics in the 15th century, as well as historical woodwind literature and pedagogy. For the past ten years she has spent a portion of every summer conducting research in Viennese archives. Her current work in progress is a study of the operatic singing profession in Vienna between the deaths of Mozart (1791) and Haydn (1809). She also enjoys giving oboe clinics and workshops to support the study of the instrument in the Inland Northwest.

Viennese Theater and Culture in the Time of Mozart

Presentation by Carol Padgham Albrecht, Professor of Music History and Oboe in the College of Letters, Arts and Social Sciences.