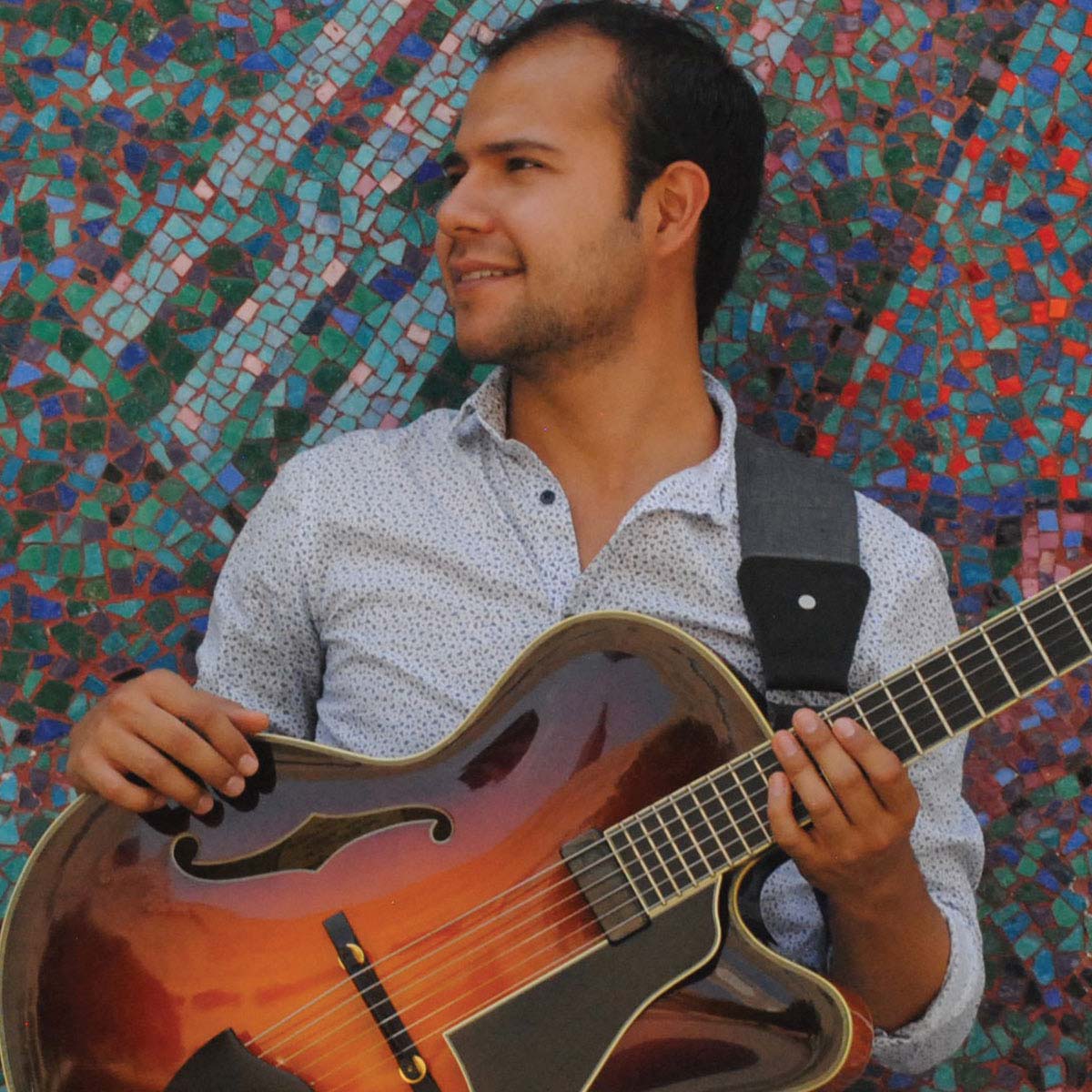 Daniel Pinilla, D.M.A., is a Colombian-born guitarist who has released two albums under the names Intuiciones (FLD, 2011) and Atrás (2011), and has participated as composer, arranger, and guitarist in many others musical productions. His original work has received a great deal of critical attention.

Pinilla has more than 10 years of performance, recording and teaching activity, both in the U.S. and Latin America. His touring experience includes performing with the Colombian National Symphony, the seven-time Grammy® nominated UNT One O’Clock Lab Band, #1 Latin American Billboard Charts singer Carlos Rivera, and the Daniel Pinilla Quartet. His original music material is available in all the streaming platforms.

Pinilla lead a project with social impact in his home country, using music education as a social groundwork. In 2014 he founded "You Art Important" a non-profit organization in Colombia. This project was awarded first prize in the Sherman/Barsanti Inspiration Award at UNT for developing a series of music workshops for children in rural Colombia during the Colombian post-conflict. Additionally, the project was awarded first prize and $10,000 in the Sherman Barsanti Inspiration Award at the University of North Texas in 2017.

In 2013, Pinilla was awarded the Scholarship Jóvenes Talentos del ICETEX from the Colombian government to pursue a Master’s Degree in jazz studies at UNT where he performed, toured and recorded with the prestigious seven-time Grammy® nominated UNT One O’Clock Lab Band, and where he had the opportunity to perform with guest artists such as Christian McBride, Jimmy Heath, Doc Severinsen, Marcus Miller, Chris Potter, Sean Jones and Rashawn Ross, and many others.

Before moving to the United States, Pinilla taught in schools and universities in Bogotá, Colombia. From Fall 2015 to Spring 2019, he had a Teaching Fellowship at UNT where he taught jazz guitar lessons to jazz majors, applied guitar for non-music majors, and directed guitar ensembles with undergraduate and graduate students.