Assistant Professor of Tuba/Euphonium and Director of Bands 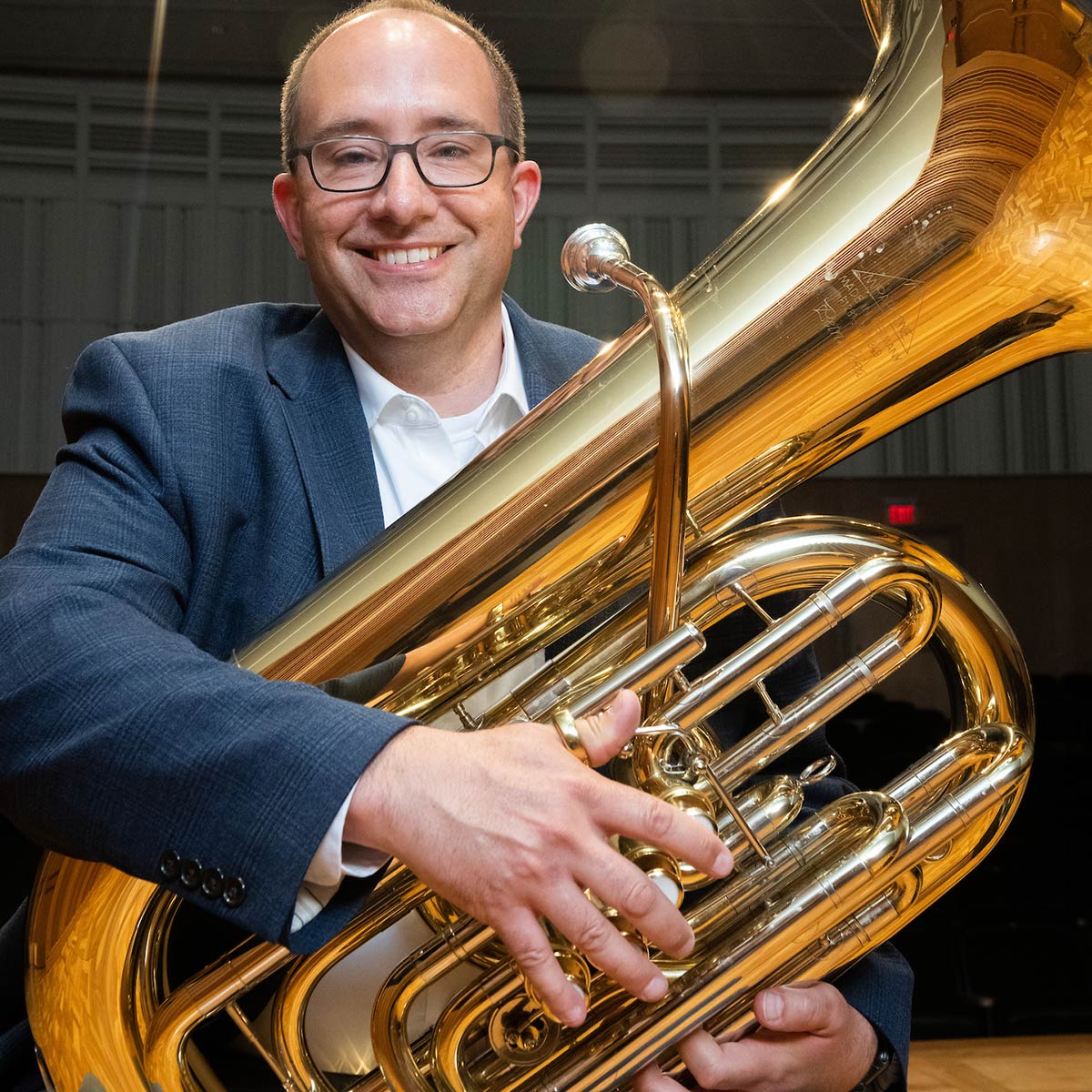 Mark Thiele joined the faculty at the Lionel Hampton School of Music in 2019. In addition to directing the Wind Ensemble, he teaches applied tuba and euphonium and undergraduate conducting. He is also active in coaching brass chamber music, leading the University of Idaho Tuba/Euphonium Ensemble, and performing with the Idaho Brass Quintet. Mark is an active clinician and adjudicator, presenting masterclasses and recitals throughout the Pacific Northwest. In May, 2021, Mark was a featured soloist at the Virtual Tuba/Euphonium Conference presented by the International Tuba and Euphonium Association. He premiered two new works by University of Idaho faculty members, Ruby Fulton and Dan  Bukvich.

Mark spent 21 years as a tuba player with “The President’s Own” United States Marine Band in Washington D.C., where he performed with the concert band, chamber orchestra, brass quintet, tuba/euphonium quartet and numerous chamber ensembles. As a member of the band, Mark performed all across the country, as well as at the Mid-West Band & Orchestra Clinic, the American Bandmasters Convention, the Texas Bandmasters Convention and the Japan Band Clinic. He was also a featured soloist with the band, and served as Assistant Section Leader for the tuba section. During this time, Mark was a featured soloist and clinician at the U.S. Army Band Tuba/Euphonium Workshop, the Northeast Regional Tuba/Euphonium Conference, the Leonard Falcone International Tuba/Euphonium Festival and the International Tuba/Euphonium Conference.

In addition to maintaining a thriving teaching studio, Mark also spent five years teaching tuba, euphonium and trombone at The University of Mary Washington in Fredericksburg, VA. His passion for music education led to his role as Educational Coordinator for the Marine Band Music Education Outreach program, where he led and coached numerous chamber ensembles in hundreds of school performances.

As a conductor, Mark participated in the Marine Band Conductor Training Program, where he had the opportunity to conduct the Marine Band in concert and work closely with the directors in masterclass settings. He was founder, conductor and music director of The Dominion Brass, a group of professional and amateur musicians who performed benefit concerts throughout the Washington D.C. area. Mark also conducted the Wind Symphony and Tuba/Euphonium Ensemble at George Mason University while pursuing his Doctorate of Musical Arts in conducting. He also holds degrees from James Madison University (B.M., music education) and the University of Michigan (M.M., tuba performance). His teachers include Kevin Stees
(tuba), Fritz Kaenzig (tuba), Mark Jenkins (euphonium), Mark Camphouse (conducting), Dennis Layendecker (conducting) and Anthony Maiello (conducting).