CLASS students travel abroad to experience the differences and similarities in the British and U.S. justice systems

In March 2017, a group of 24 criminology students from the University of Idaho and Washington State University traveled to London to learn more about the British criminal justice system and its relation to the structure in the United States.

“The use of juries, imperatives of due process and concepts of civil liberties are borrowed from English traditions. Yet, there are important differences in how crime is handled,” said Brian Wolf, associate professor in the Department of Sociology and Anthropology. “For example, Britain does not utilize mass incarceration for nonviolent offenses the way Americans do — instead opting for reform and diversion oriented approaches.”

In one of the more noteworthy experiences, students heard oral arguments in a case before the Supreme Court of the United Kingdom.

“My experience at the Supreme Court wasn't what I expected due to the significant difference between the U.S. and U.K. Supreme Courts,” said Kayla Markland, a junior double majoring in psychology and sociology, with a criminology emphasis. “The Supreme Court in the U.K. is primarily used as an appeals court, and there are no cases that are placed directly into the Supreme Court like in the United States. I loved to watch the way in which everyone was civil toward each other and everything proceeded in an exceptionally peaceful manner.” 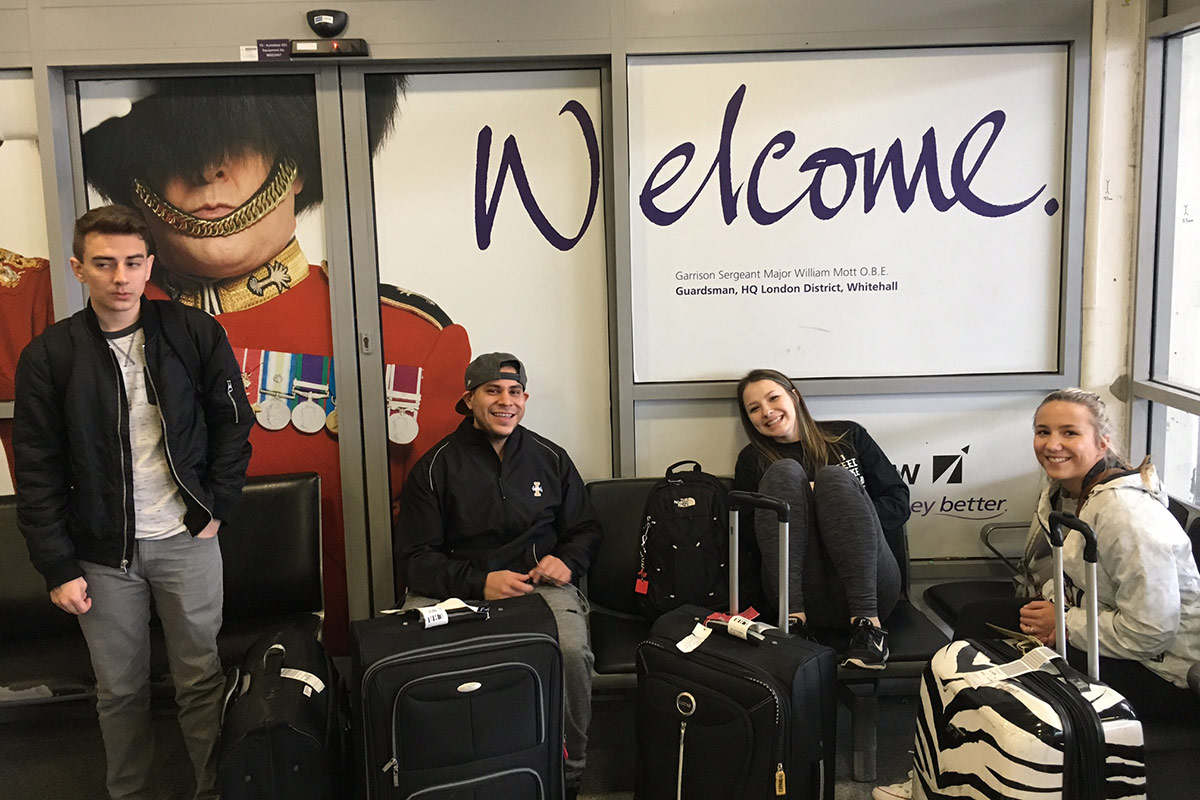 1 of 12: Arrival at London Heathrow Airport 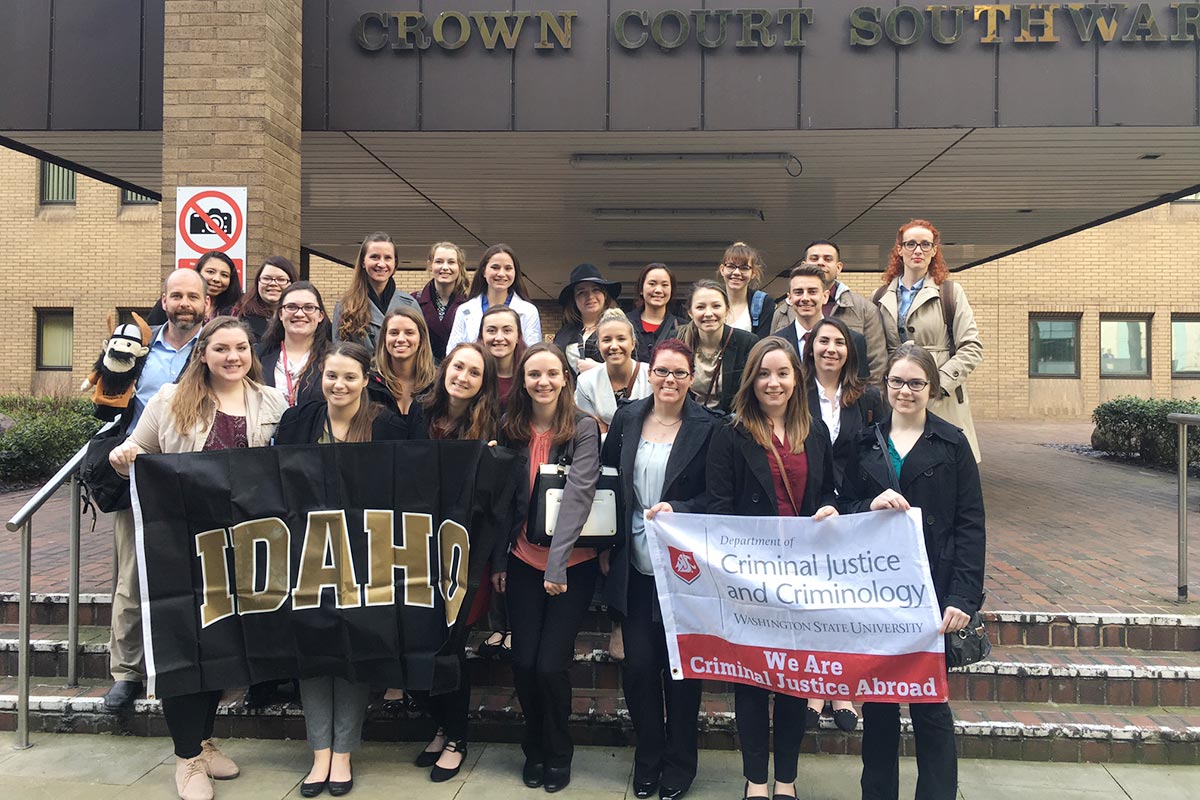 2 of 12: Visit to Crown Court after seeing trials for minor to moderate criminal offenses 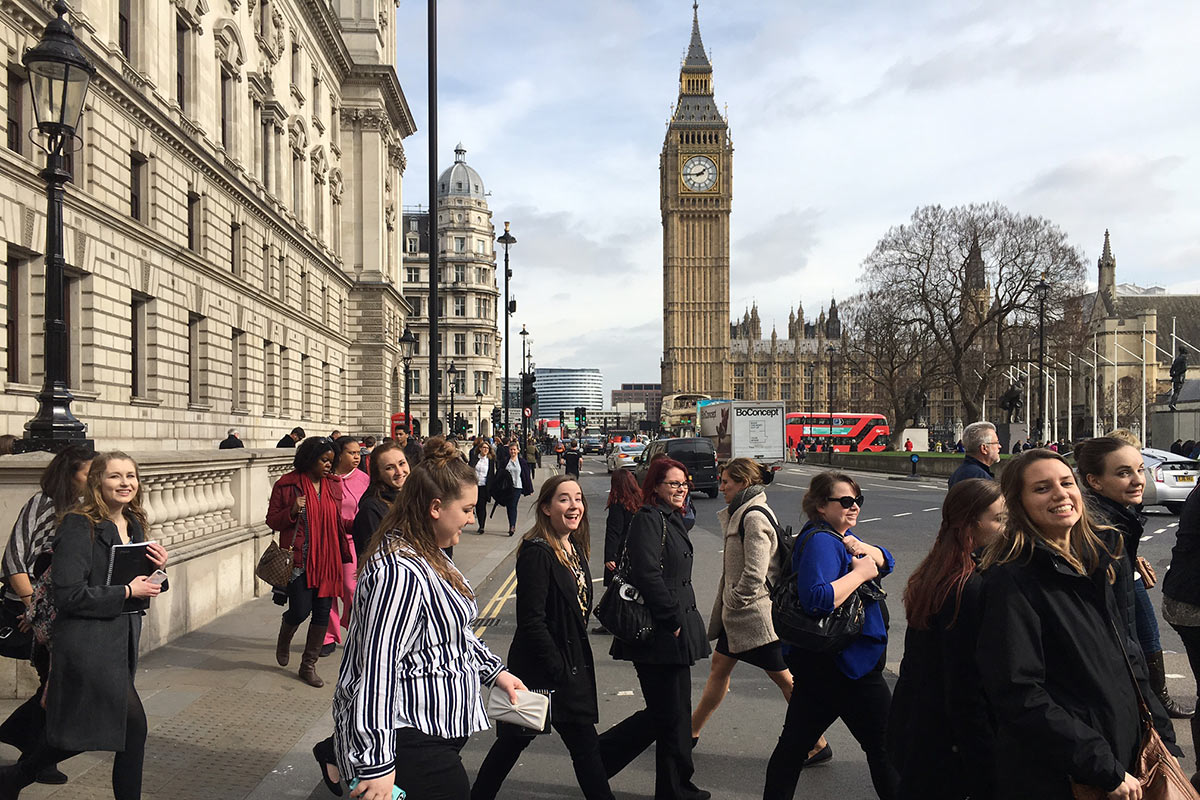 3 of 12: Crossing Parliament Square to attend session of the British Supreme Court 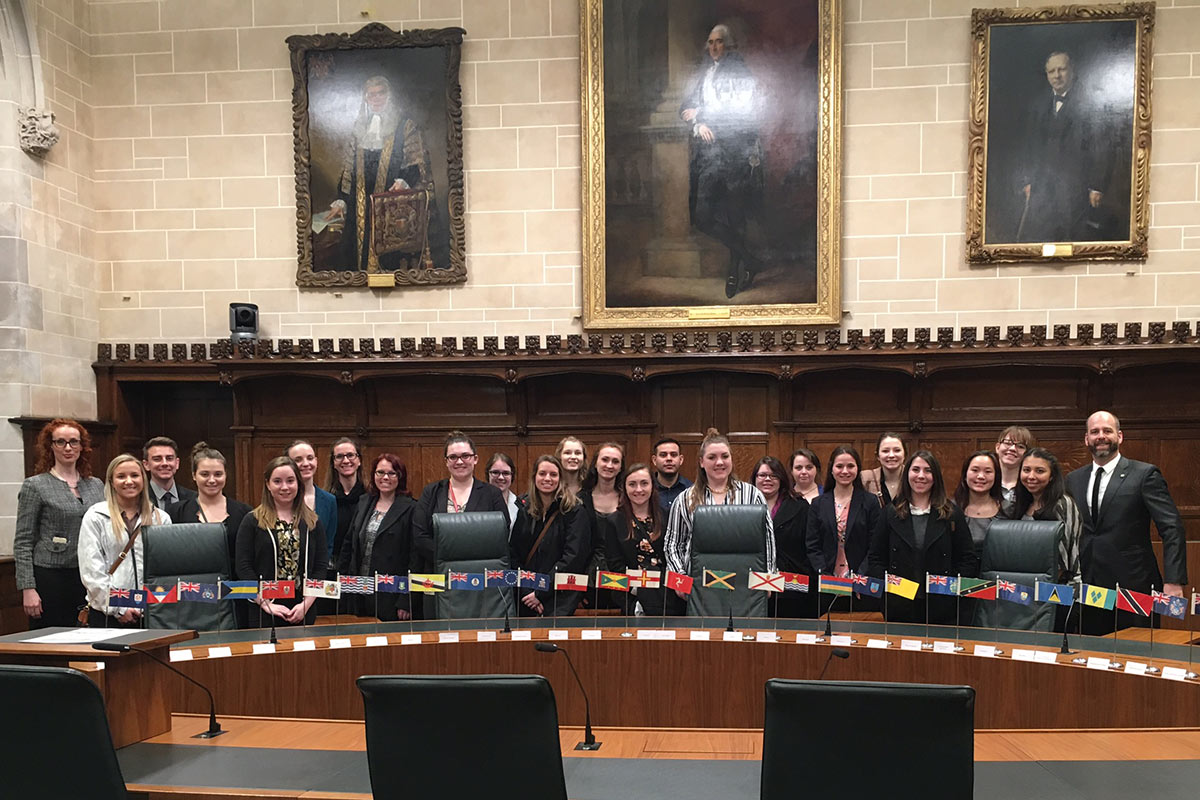 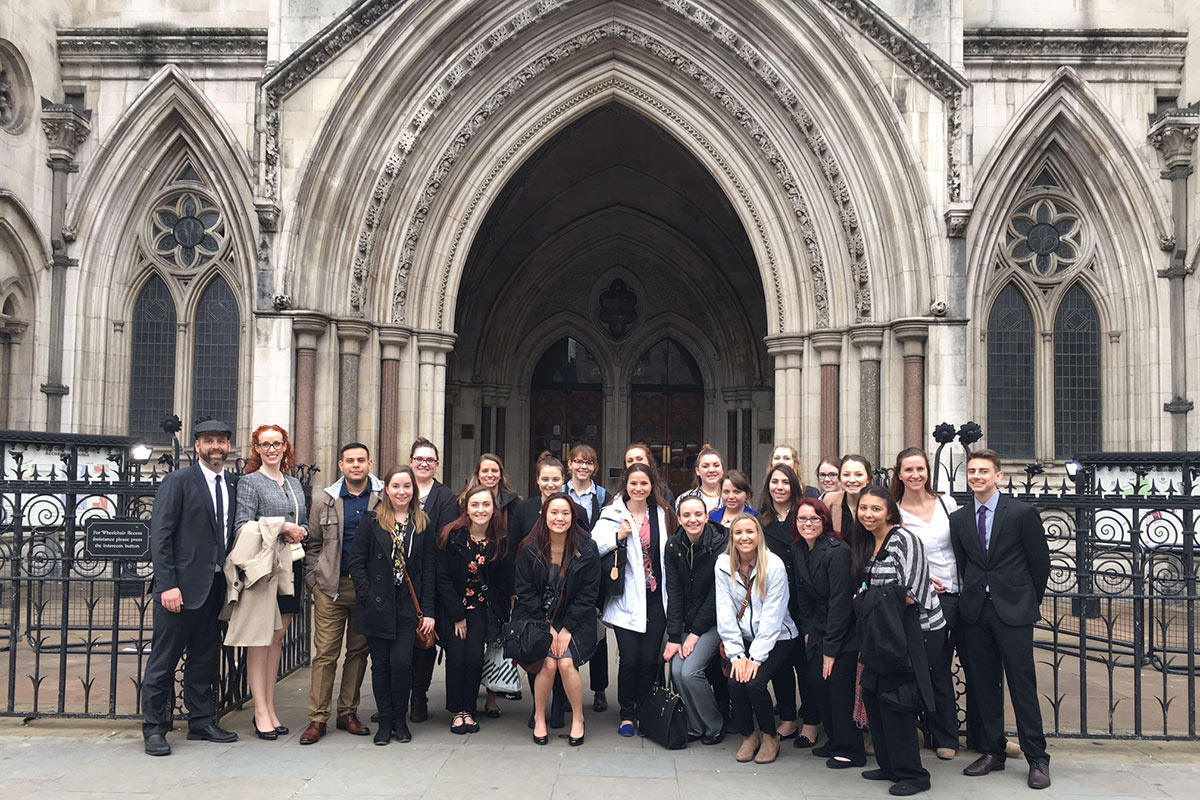 5 of 12: In front of Old Bailey, the high criminal court 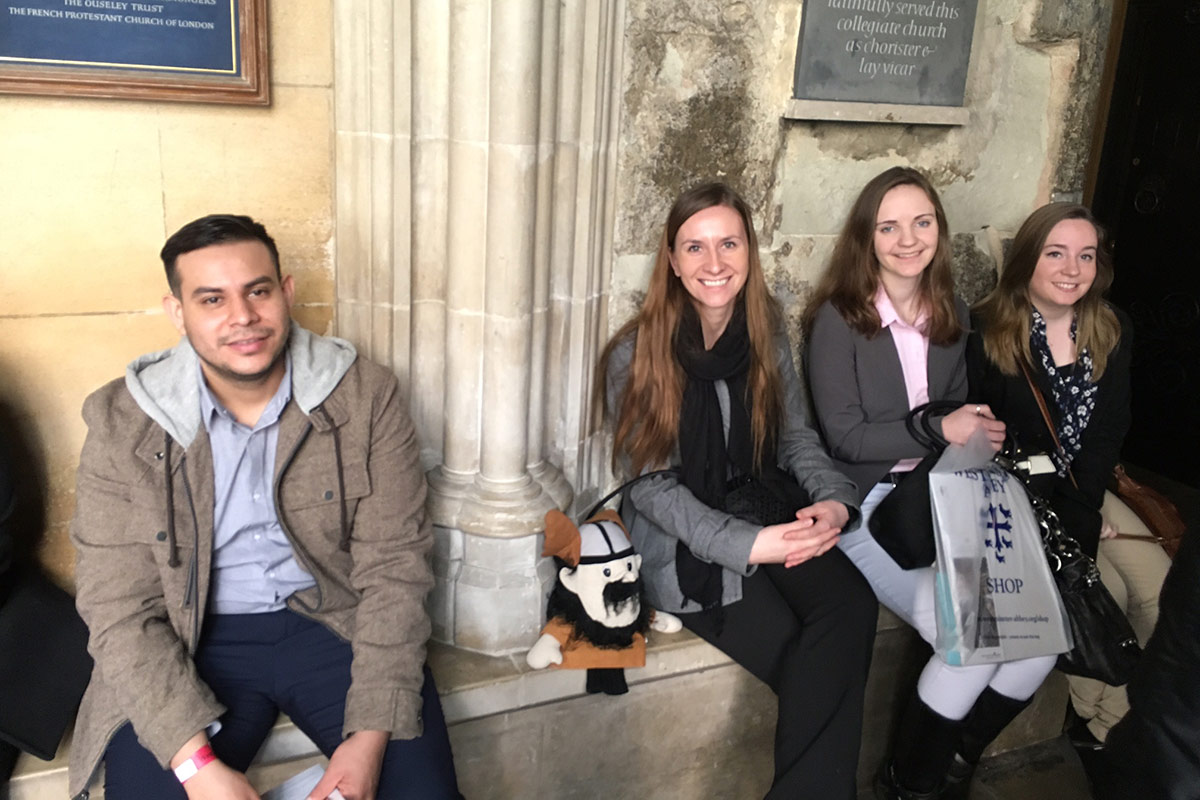 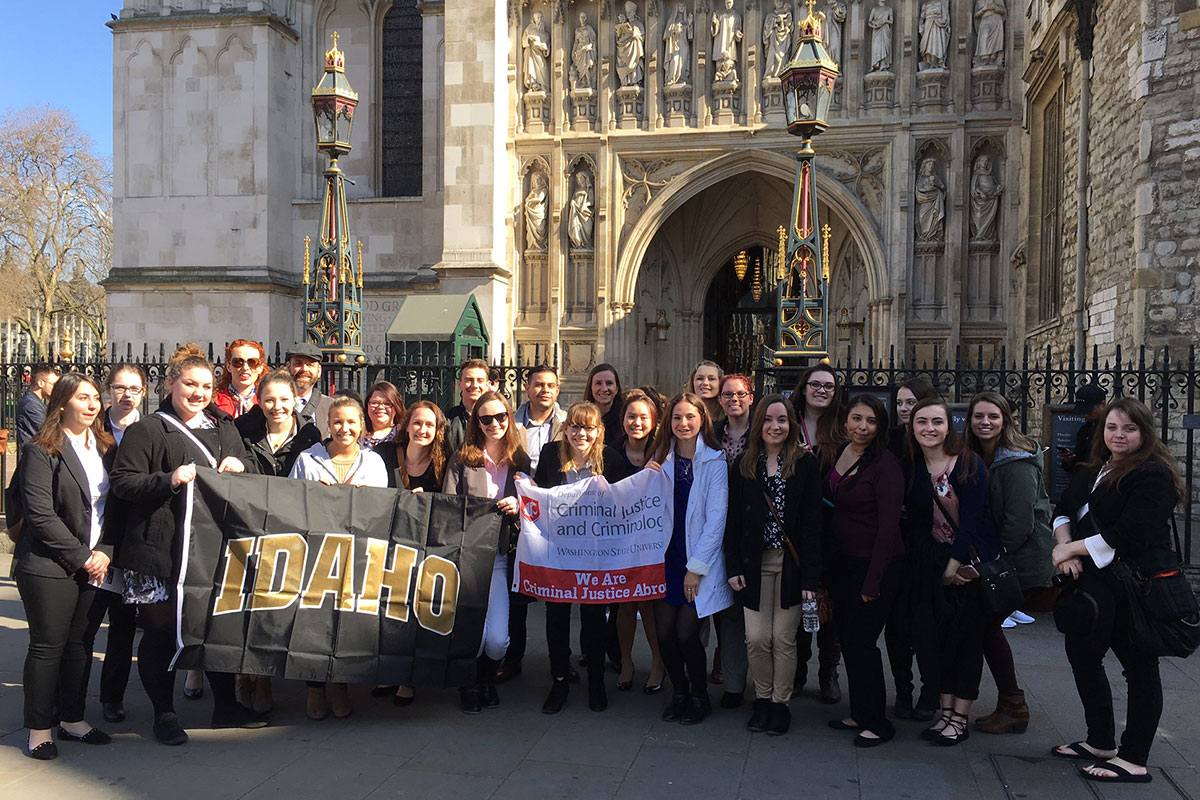 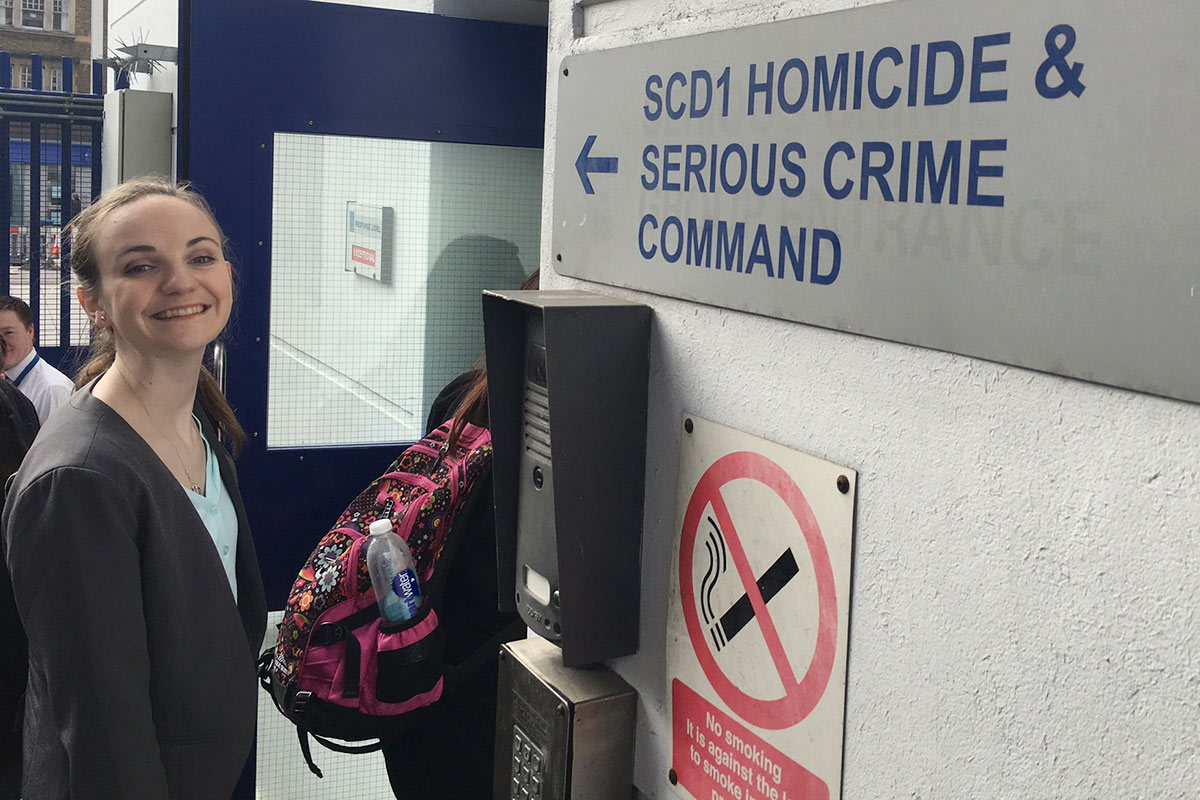 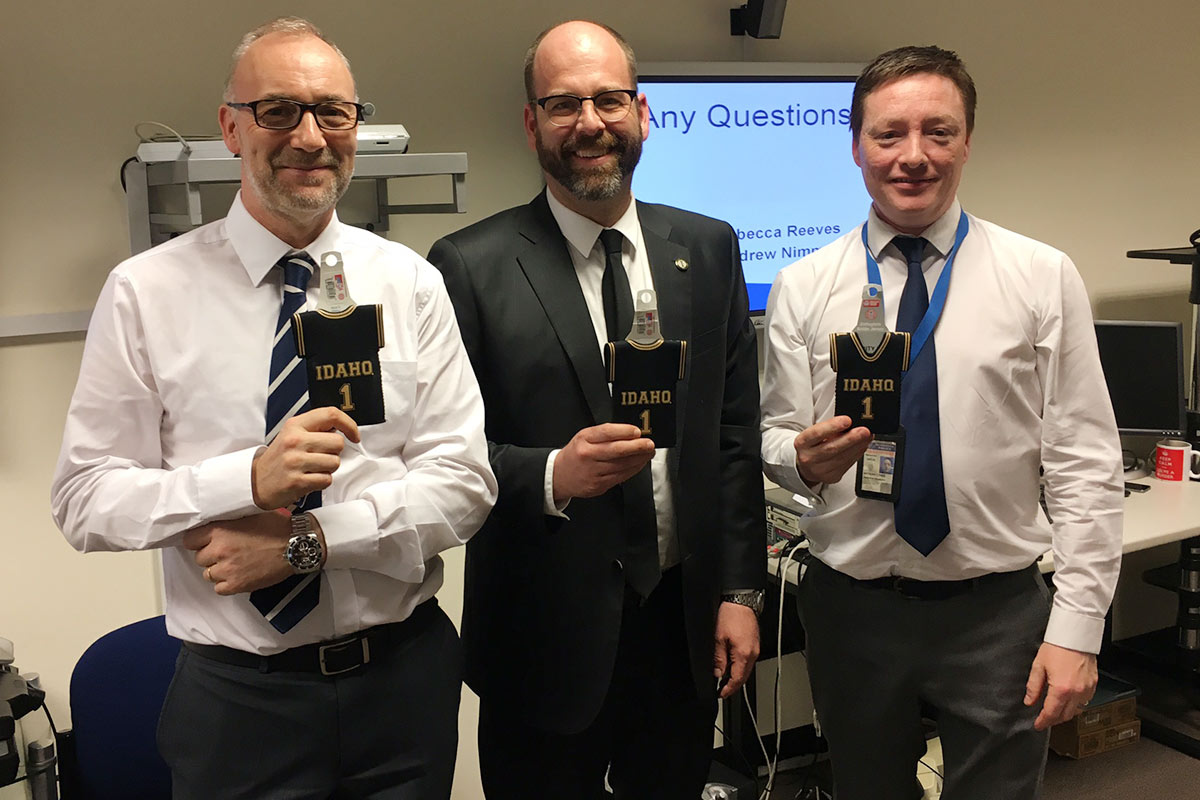 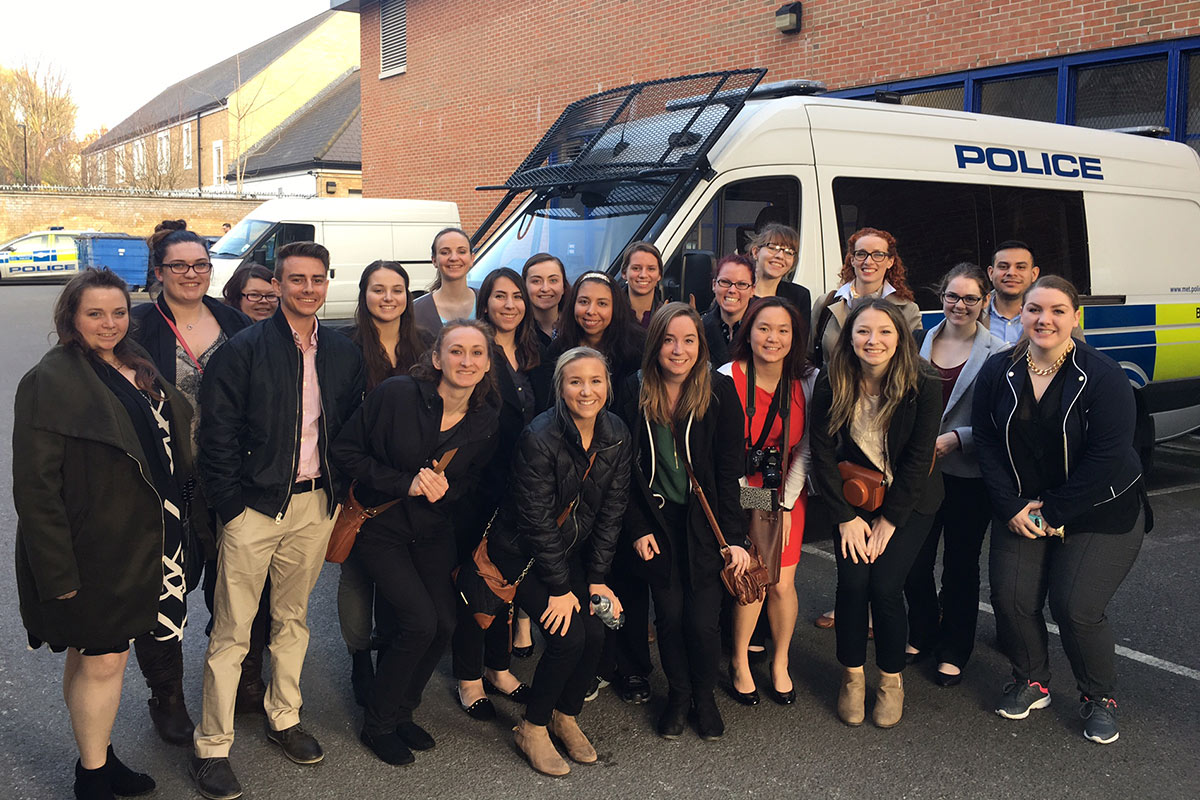 10 of 12: Outside Lewisham police station 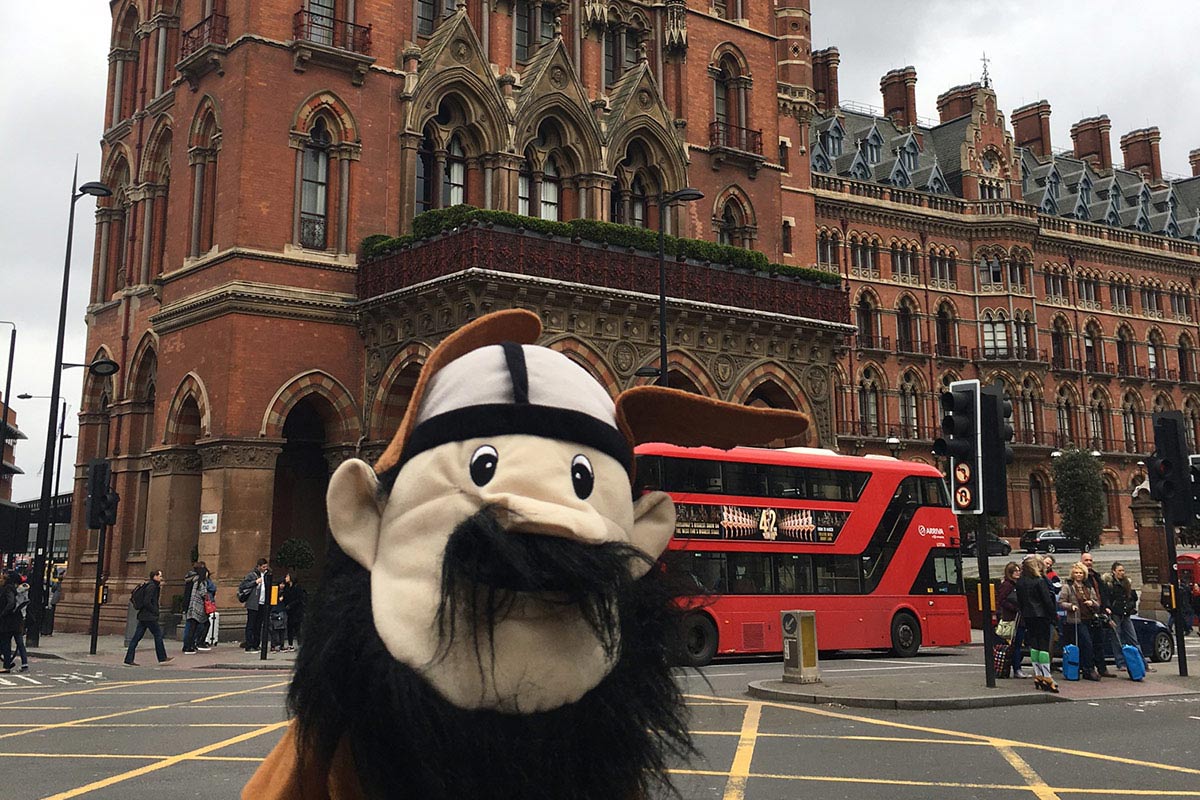 11 of 12: Joe Vandal in front of Kings Cross rail station 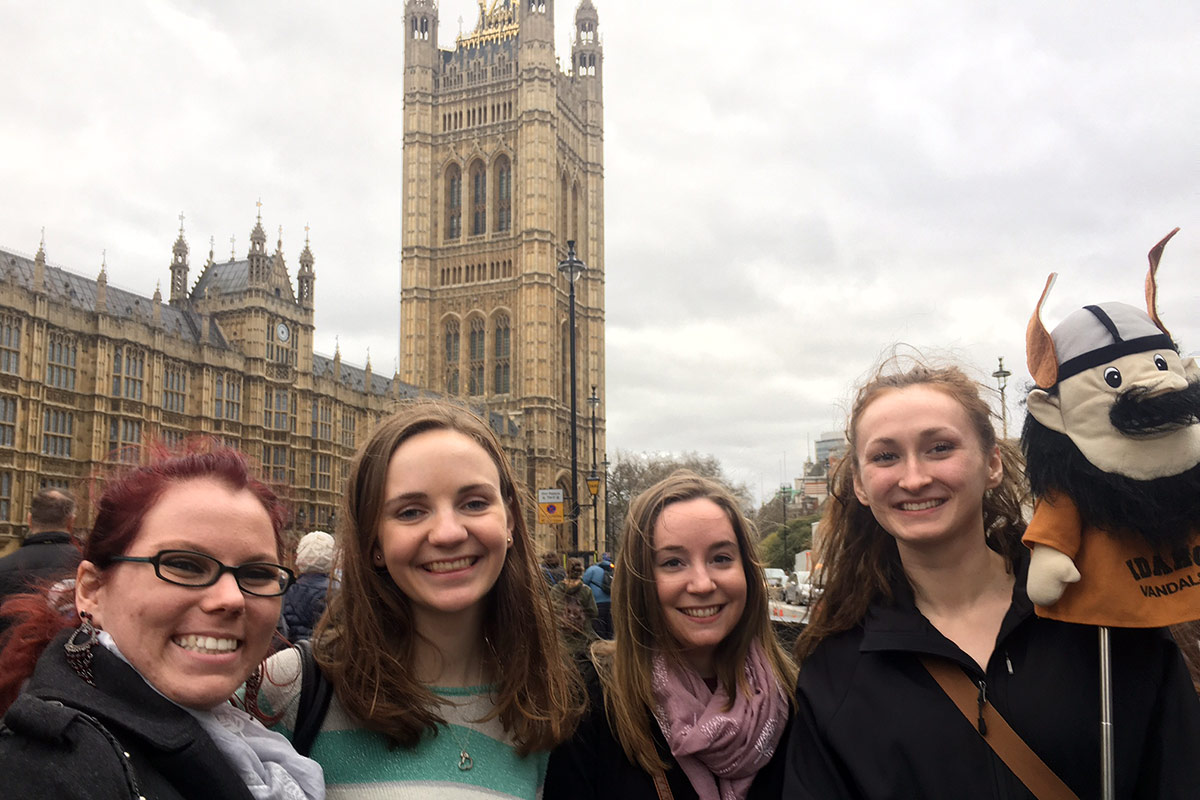 12 of 12: Kayla Markland, Savanna Allen, Kelsey Stevenson, Olivia Auxier with Joe Vandal in front of the Houses of Parliament

Gaining insight into the British process of law making, the last day included an exclusive tour of the British Houses of Parliament.

“The tour gave us a lot of information, especially on the history of England, which I think was the best part of the trip,” Markland said. “I learned how the criminal justice systems of England and America influenced and were influenced by each other, which further emphasized how closely related the histories of our countries are.”

The group also took in other famous London destinations.

“Westminster Abbey, the Tower of London and the House of Parliament - I had always read about these places in our history books, and to be standing in them made it a surreal experience,” said Alberto Ortega, a senior studying political science and sociology with a criminology emphasis.

This is the third joint trip organized by Wolfe and WSU professor Melanie-Angela Neuilly. Past trips took students to London in 2015 and the Netherlands in 2016.

“Trips like this one give students a chance to explore a different justice systems,” Wolfe said. “Students gain an important cross-cultural perspective that makes their knowledge of crime and justice distinct.”

Related Links
Brian Wolf and a group of students posing in front of Parliament.

Brian Wolf took a group of sociology students to London in 2015.