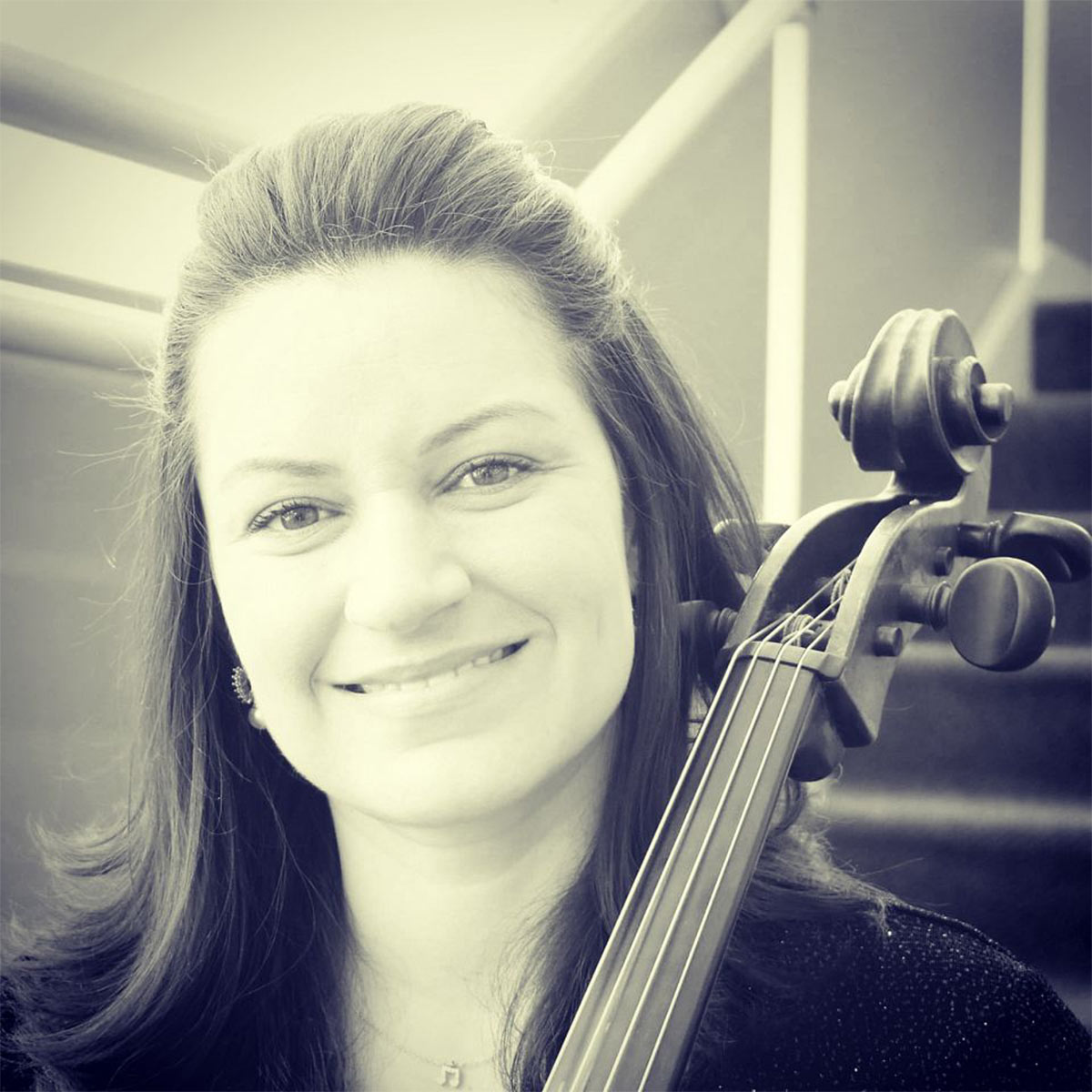 The Brazilian cellist Bianca d’Avila do Prado received her Master of Music in cello performance and string pedagogy degree from Illinois State University in 2020.

At ISU, she completed her cello studies under Adriana Ransom and Cora Swenson Lee, receiving a scholarship to work as a graduate assistant for the ISU String Project and acting as the ISU Symphony Orchestra Principal Cello. She received her Bachelor’s in cello performance in 2007, studying with Angela Ferrari at Universidade Federal de Santa Maria, Brazil.

Miss Bianca Prado’s works include six CD recordings with Camerata Ontoarte, two of them featuring the soprano Carla Maffioletti. With this group, she had the opportunity to perform concerts throughout many of Brazil’s capital cities and in Lodi, Italy (2012) and in Saint Petersburg, Russia (2015). In 2017, she was part of a project called A Lua de Santiago, recording a repertoire composed by Fernando Avila, for accordion and string quintet.

From 2010 to 2018 Miss Prado taught Suzuki cello to student of all ages at Escola Tio Zequinha, a Suzuki Method based Music School in Porto Alegre, RS, Brazil. During this time, she immersed herself in Suzuki Teaching Training Courses, taking Suzuki Philosophy courses with Dr. Shinobu Saito (Japan/Brazil) and Professor Eduardo Ludueña (Argentina); as well as Suzuki Cello Books, 1, 2, 3 and 4 with Dr. David Evenchick (Canada). She took Every Child Can training with Edward Kreitman, in Illinois.

Bianca Prado performed at Theatro São Pedro Chamber Orchestra from 2011 to 2018, where she had the chance to work with famous musicians such as the pianist Nelson Freire and the cellist Antonio Meneses, among others. Within this orchestra she also had the opportunity to appear for the first time as a soloist, playing Vivaldi Concerto for Two Cellos in g minor, with the orchestra’s Principal Cello Mrs. Milene Aliverti. She was also part of Quatricelli Cello Quartet, performing music originally composed for this formation, as well as Latin American and Brazilian songs arranged for cello quartet.