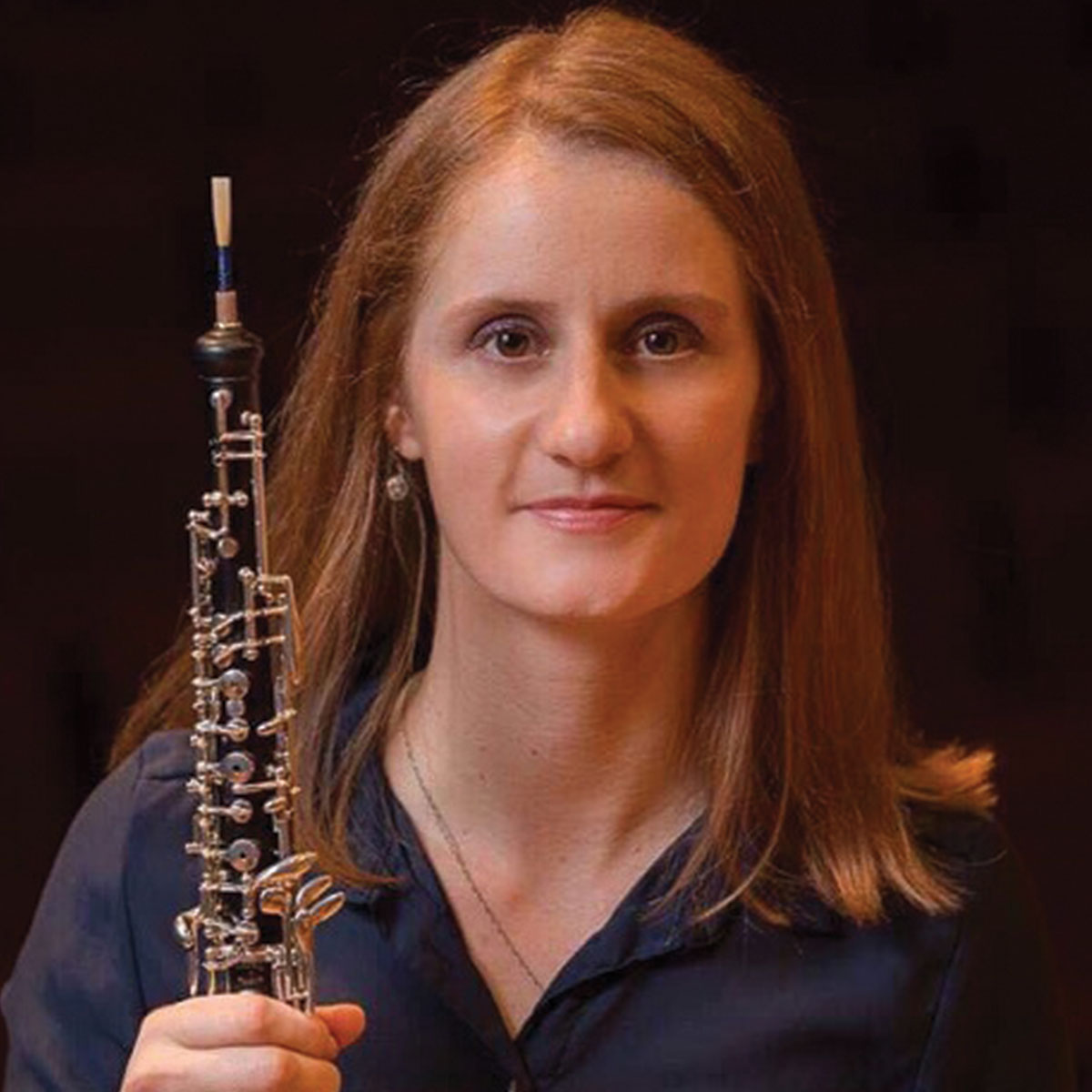 Dora Proud is the lecturer of oboe at the University of Idaho where she performs with the Northwest Wind Quintet and LHSOM Double Reed Duo and teaches undergraduate and graduate studio oboe and courses in aural skills and music appreciation. Her research focuses on commissioning and performing chamber music from underrepresented composers.

Dora is a Howarth Artist and performs on their LXV oboe and XL English horn.

With her husband and saxophonist Joseph Proud, she formed the Proud Duo in 2016, with the goal of expanding the repertoire for their unique instrumentation by combining their different cultural backgrounds. Since then, they have given featured performances at the International Double Reed Society Conference in Granada, Spain (Included the World Premiere of Devojacko kolo by Stanislava Gajic), the College Music Society Northeast Regional Conference at Temple University in Philadelphia, the International Woodwind Symposium at Sam Houston State University, Texas in 2018 (where they were the first prize winners of the Young Artists Competition), the North American Saxophone Alliance Biennial National Conference in Cincinnati, Ohio (Included the World Premiere of Dva Gledista by Brian Kershner), the National Association of College Wind and Percussion Instructors in Montevallo, Alabama (Included the World Premiere of Dawn to Dusk by Filipe Leitao), North American Saxophone Alliance Region 6 Conference in Valdosta, Georgia and many other festivals.

Dora has performed throughout the USA, Europe, Israel and Turkey as a member of chamber ensembles, orchestras and as a soloist. Before moving to the USA, she was a member of the Montenegrin Symphony Orchestra. She has also performed with Connecticut Lyric Opera, Connecticut Virtuosi Chamber Orchestra, Tuscaloosa Symphony, Columbus Ballet, Sarajevo Philharmonic, Banja Luka Philharmonic, Maribor International Orchestra, Camerata Academica Novi Sad, Orfelin Symphony Orchestra, Kotor Art Festival Orchestra and many others.

In 2019 she presented a lecture and performance at the International Double Reed Society Conference on Benjamin Lees’ Oboe Concerto at the University of South Florida in Tampa. On the Second Annual IDRS Virtual Symposium she presented a recital of female composers for oboe and bassoon with Javier Rodriguez, D.M., premiering works by Nansi Carroll and Jenni Brandon. In 2007 and 2010, she won the Music Academy’s Annual Concerto Competition at the University of Novi Sad and was selected to play Concerto for Two Oboes by Antonio Vivaldi and Bellini’s Oboe Concerto with the Academy Orchestra. She also performed the Cimarosa Oboe Concerto with the Belgrade Chamber Orchestra Orpheus and Mozart’s Sinfonia Concertante for Four Winds with the Stanislav Binicki Symphony Orchestra. She has participated in numerous competitions and won various awards for solo playing at Serbian national oboe competitions. During her studies she played in masterclasses for renowned oboists Alex Klein (Chicago Symphony), Caroline Hove (Los Angeles Philharmonic) and Sherry Sylar (New York Philharmonic).