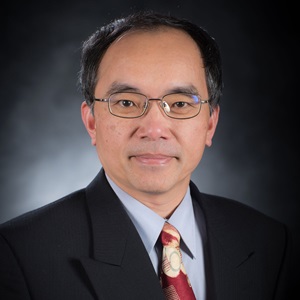 Ching-An Peng started his academic career as an assistant professor at the University of Southern California in Chemical Engineering Department and later on promoted to associate professor with tenure. He then worked at the National Taiwan University as a full professor and at Michigan Technological University as the first holder of the James and Lorna Mack Endowed Chair in Bioengineering. In 2015, he joined the University of Idaho. Over the course of his academic career, Peng has been involved with research in drug/gene delivery using viral and nonviral vectors as well as ultrasonic device, developing phagocytosis-resistant perfluorocarbon-based oxygen carriers using PEGylated fluorosurfactant and CD47 ligand, photothermolysis of cancer cells using nanomaterials, and detection of antiviral agents using nanobiosensors. A few of Peng’s studies are summarized below.

Polymeric drug/gene nanocarriers for gene-directed enzyme prodrug therapy are designed and synthesized to specifically target cancer cells and control the release of cytotoxic drugs inside the cancer cells for augmenting the effectiveness of anticancer treatment. Several enzyme/prodrug pairs and anticancer drugs have been coupled with polymeric micellar nanoparticles to deliver into cancer cells and showed anticancer activity. To achieve the goal of long blood circulation of drug/gene carriers, CD47-streptavidin fusion protein expressed in bacteria and purified by affinity chromatography is conjugated on biotinylated nanocarriers to explore its anti-phagocytic capability. Results show CD47-tagged nanoparticles can prevent phagocytosis by macrophage to a large extend. For the enhancement of gene delivery efficiency, both viral or nonviral approaches have been investigated.

Developing fast and efficient screening technology has its merits of identifying potential drugs against viral diseases that still lack of effective prevention or treatment. Quantum dot, an emerging probe for biological imaging and medical diagnostics, is employed to form complexes with virus and used as fluorescent imaging probes for exploring potential antiviral therapeutics. Ultrasound contrast perfluorocarbon microbubble stabilized with PEG-based fluorosurfactant has been incorporated with nanomaterials to enhance the detecting capability. Perfluorocarbon microbubble can be further used to carry therapeutic drugs or genes to make it as a theranostic agent. Carbon nanotube and gold nanorod functionalized with tumor-specific monoclonal antibodies have been utilized along with near-infrared laser to selectively induce photothermolysis of specific malignant cells from a mixed cell population.