Colleges Work Together to Save the Human Race

In the fallout after a climate-change induced nuclear holocaust, the surface of the earth is no longer habitable, and scientists have colonized the ocean floor near hydrothermal vents. However, the colonies have outgrown their resources and a team with dwindling food supplies must establish a new colony over 100 kilometers away.

This is the premise of Associate Professor Eric Mittelstaedt’s new video game, Pakicetus. As part of his CAREER award from the National Science Foundation, Mittelstaedt, a member of the Department of Geological Sciences, will create three games in four years as free informal ways to learn about marine geoscience for players from middle school to retirement.

“What I wanted to do was incorporate marine geology into the game mechanics,” said Mittelstaedt, “that way players will learn by going through the steps that are needed to win the game. Harvesting certain elements allows you to upgrade your submarine or build a new base. You have to learn the properties of each element, so you know what resource provides the things you need like food or energy.”

“And it is not just what you find,” continues Mittelstaedt, “but where you find it. Players learn that certain rocks and certain types of vents provide very specific elements. I want to keep doing projects like this, things that have a broad impact.”

A lot goes into making a game like this and Mittelstaedt couldn’t do everything himself. “I had a great team of undergraduates,” he said. “What is exciting about a project like this is that it is truly interdisciplinary. Making a game requires artists, designers, a music person, and a programmer, as well as the geologist.”

“It is a really interesting way of working across disciplines,” he said. “We get to make something with an educational application and the student developers gain experience working on diverse teams while simultaneously receive job training.”

Danny King, a senior environmental science major from Cazenovia, Wisconsin, was the first student that Mittelstaedt brought onto the team.

“I was finishing up an associate’s degree at North Idaho College when I toured the University of Idaho and listened to Eric speak,” said King. “I applied here hoping to get the chance to work with him and ended up doing some geophysics research with him prior to the game.”

Besides his nearly complete bachelor’s degree, King also has three associate’s degrees, one of which is in music. This made him the perfect person to be the science lead on the game as well as the sound technician.

“I laid out the science document, like what elements exist where and what properties they have,” said King. “I helped write the story and script, answered any geology related questions and I also did the sound and voice-over editing.”

For more on King’s research, check out his feature on The Lab Report

“I saw an application to work on this game and I thought it would really interesting, so I applied,” said Aaron Yama, the 2D artists for the project.

Yama, a senior majoring in virtual technology and design, was in charge of the concept art for the game. “Most of my work was at the start of production,” he said.

“Basically, I was trying to create a world from scratch that would be exciting to people,” said The Troy, Idaho native.

To do this, he used a photo bash technique. This means that he made a collage of photos and then painted over it to create the backdrops for the video game world.

He also did work painting characters and other aspects of the game.

“Creating a world that people can really immerse themselves in, one that makes science really interesting students, was difficult,” said Yama. “But that is what I like about this work. The challenges force you to be really creative.” 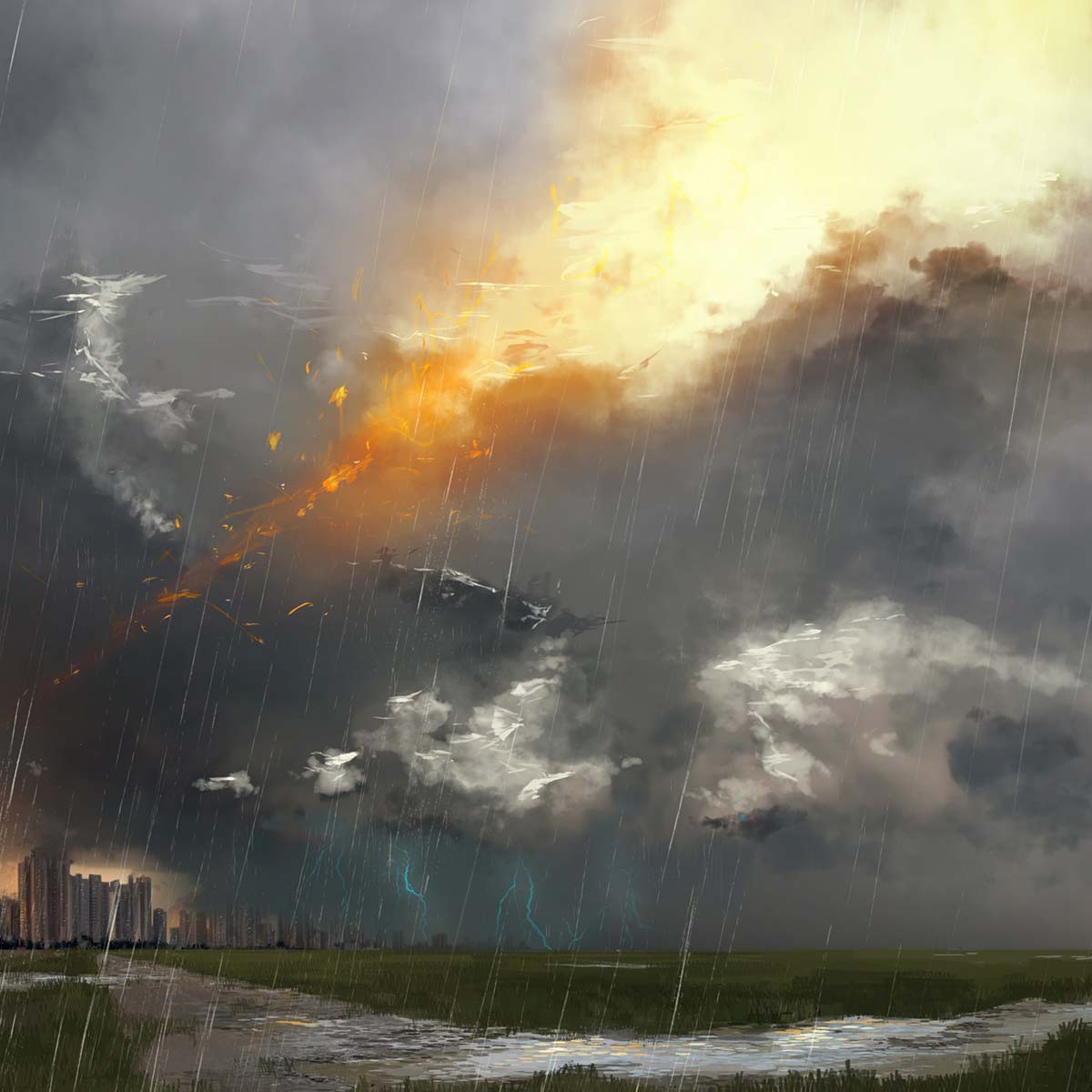 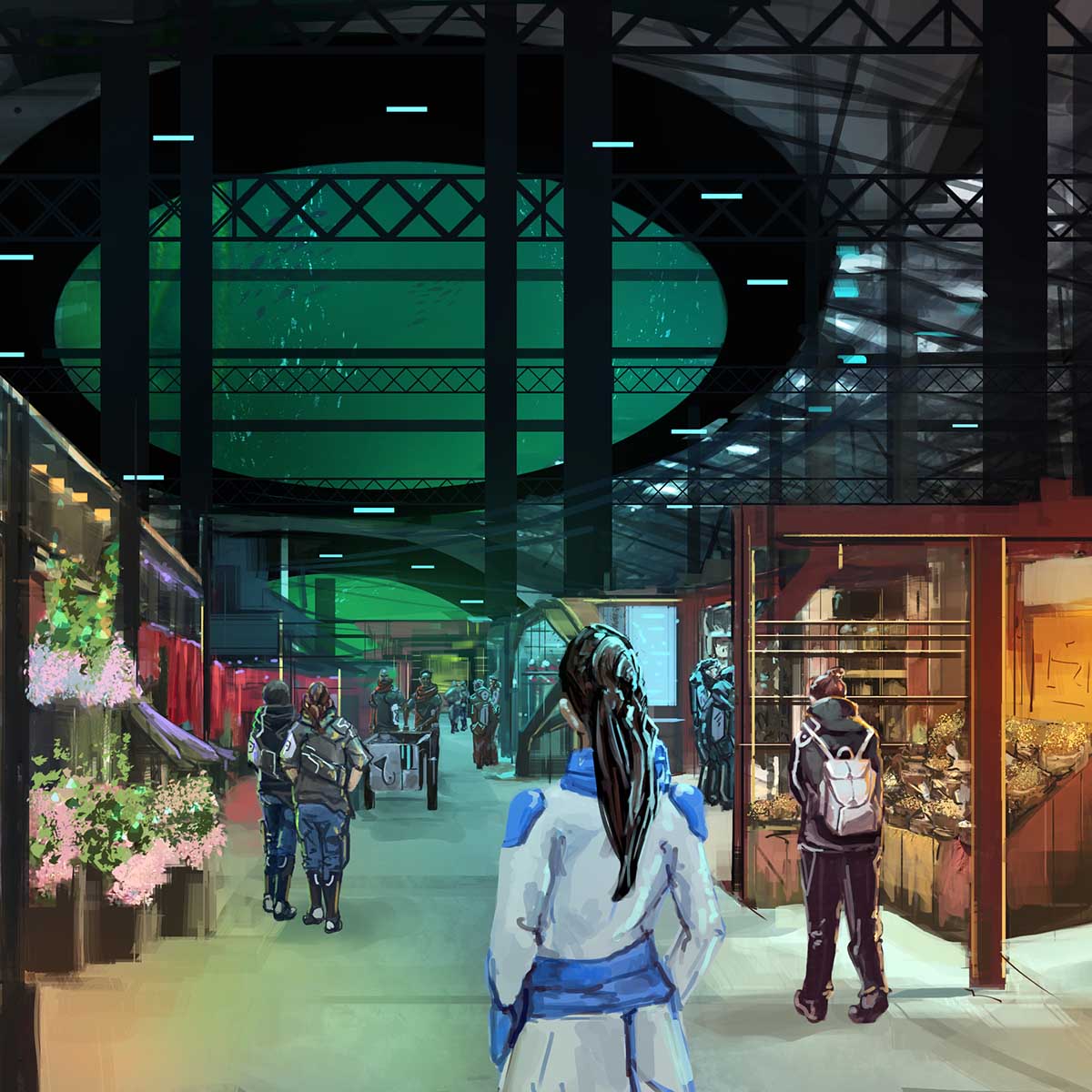 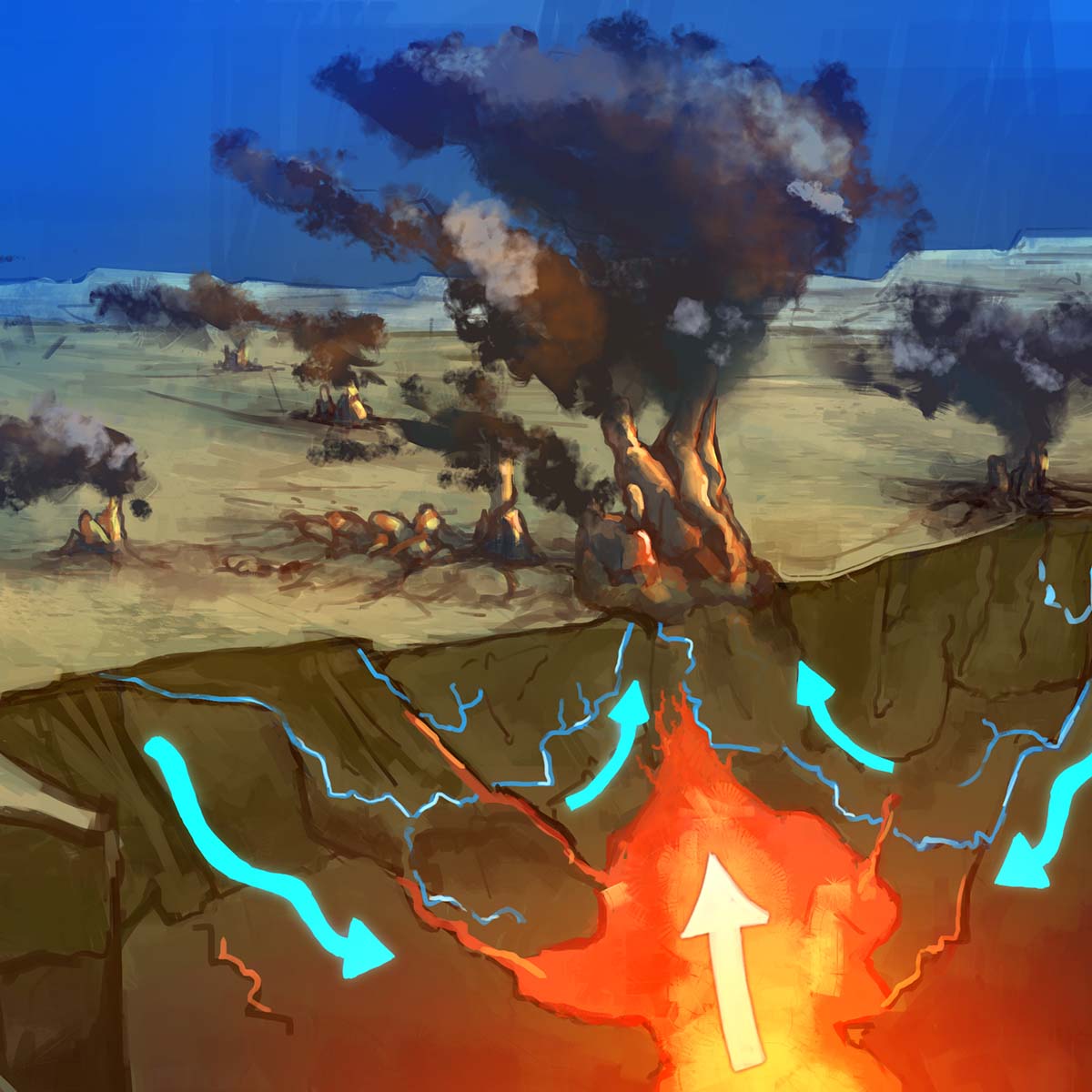 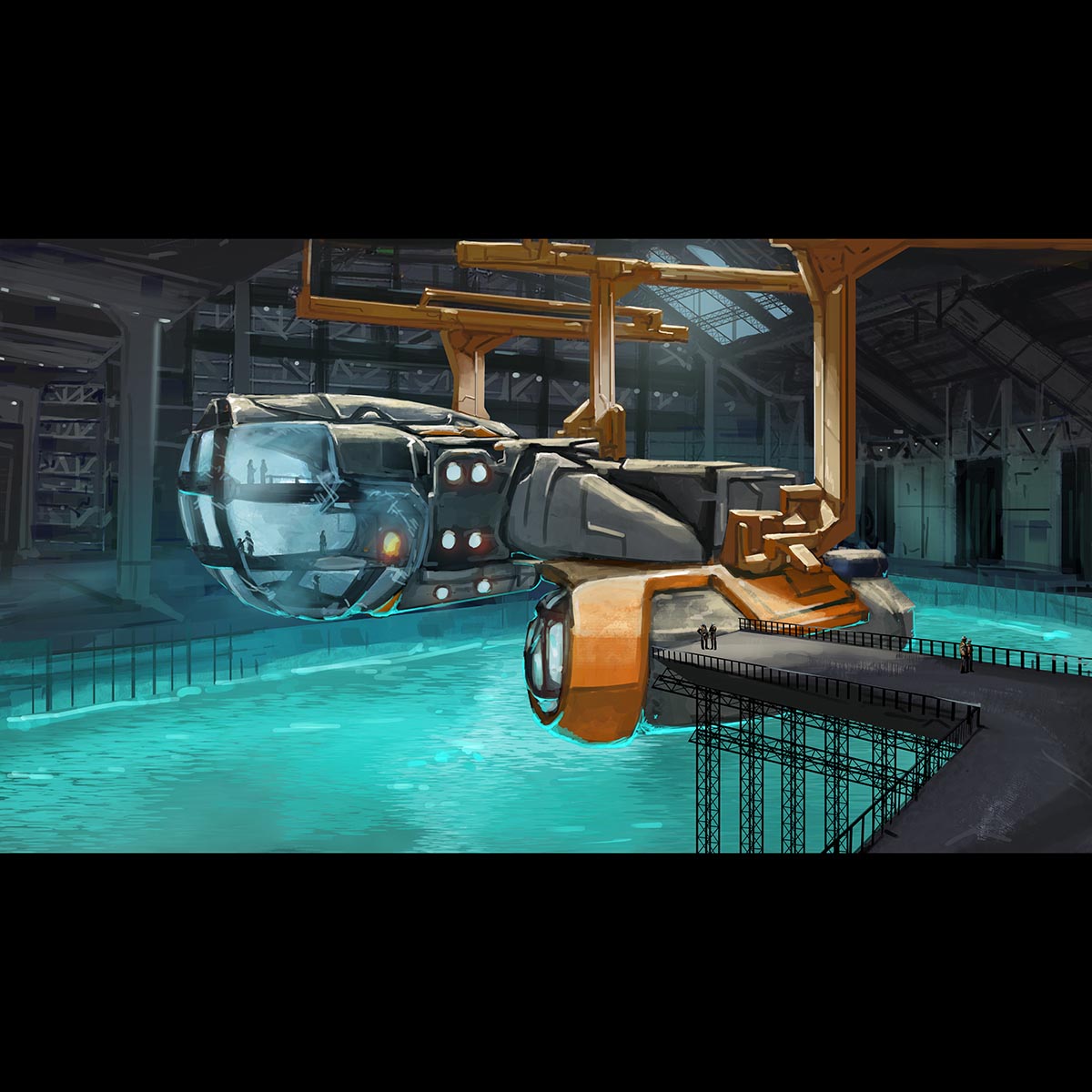 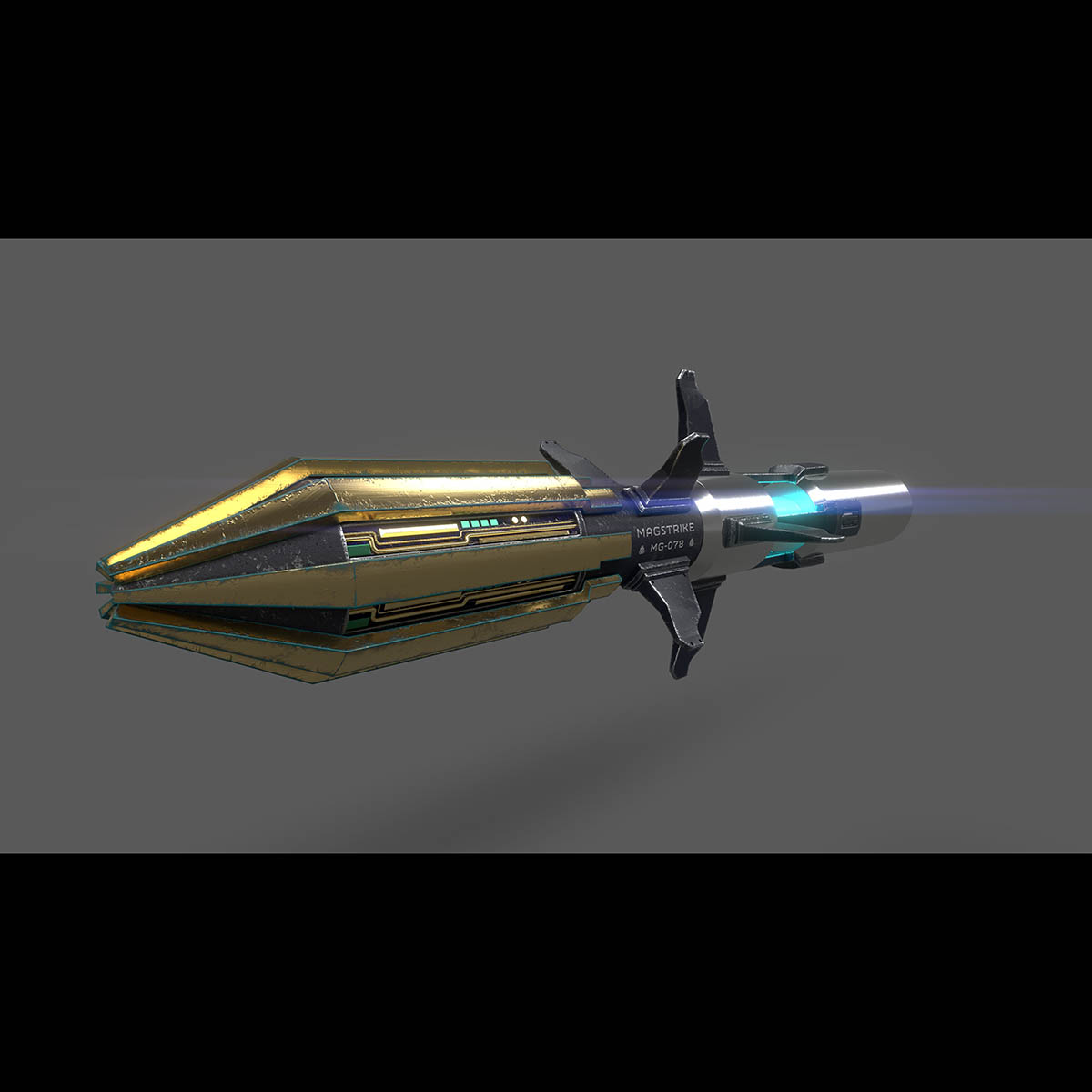 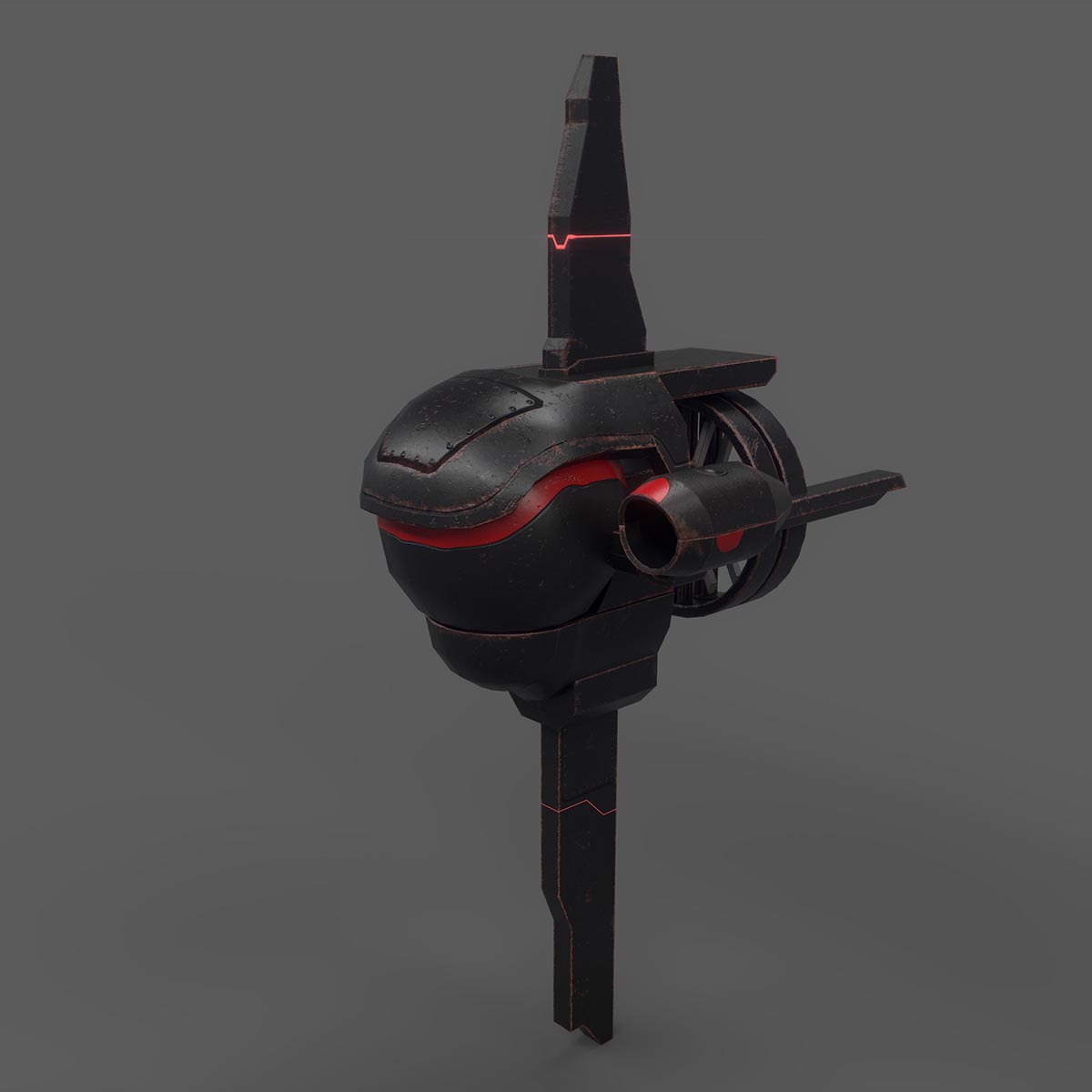 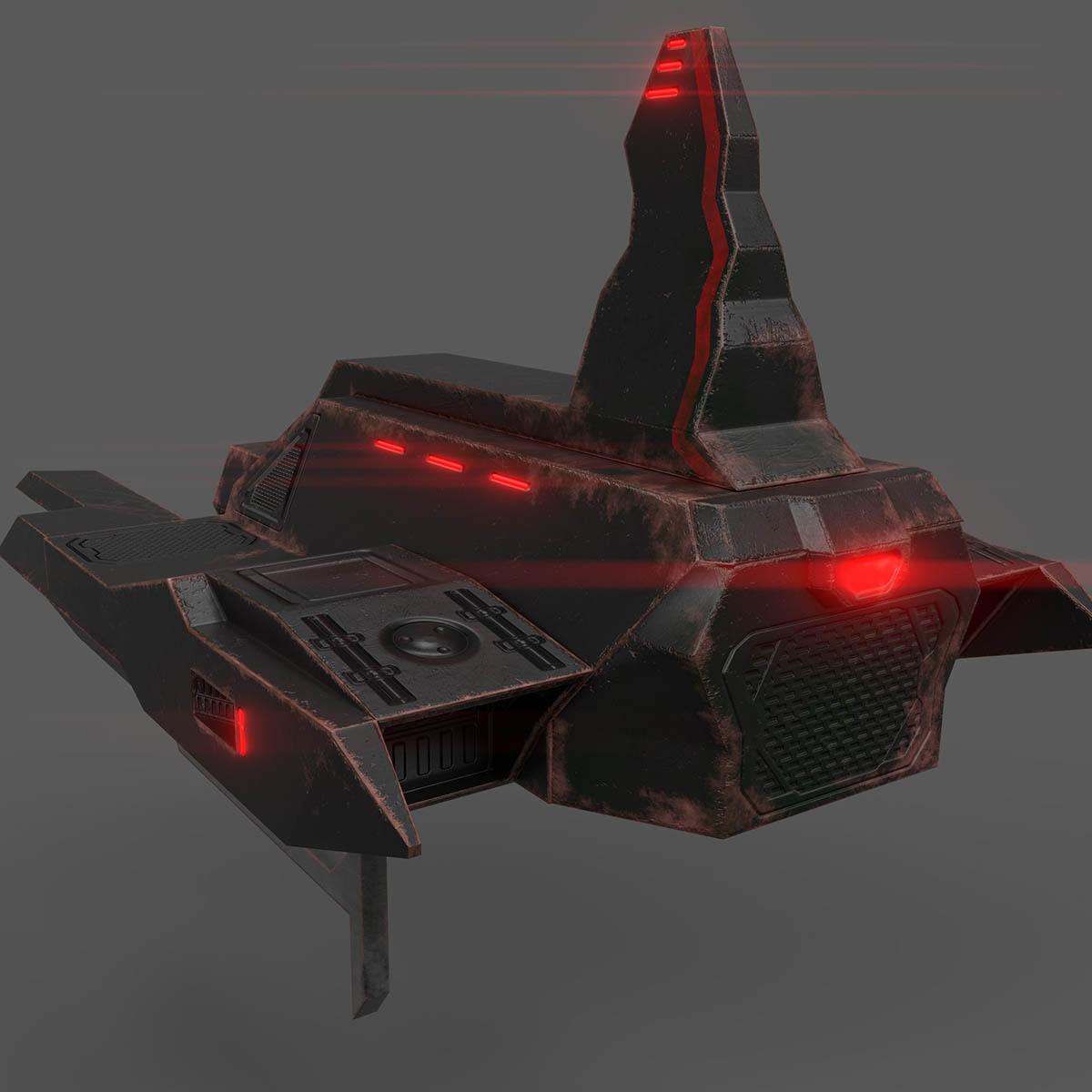 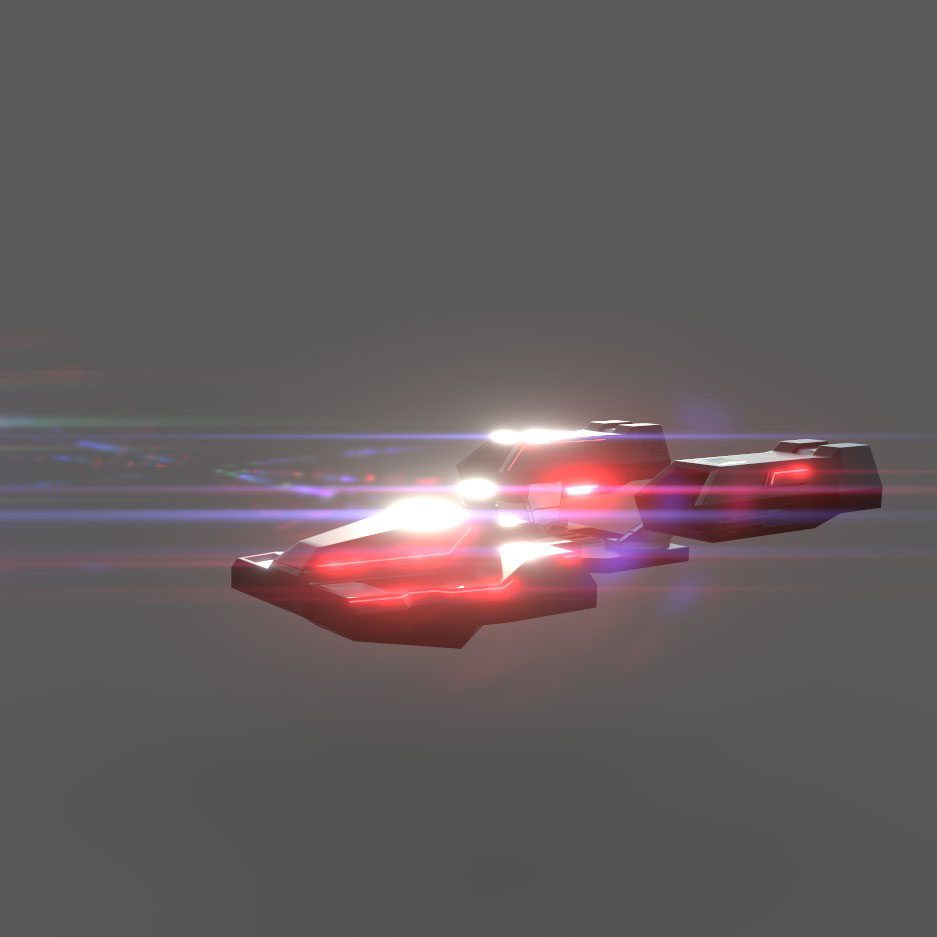 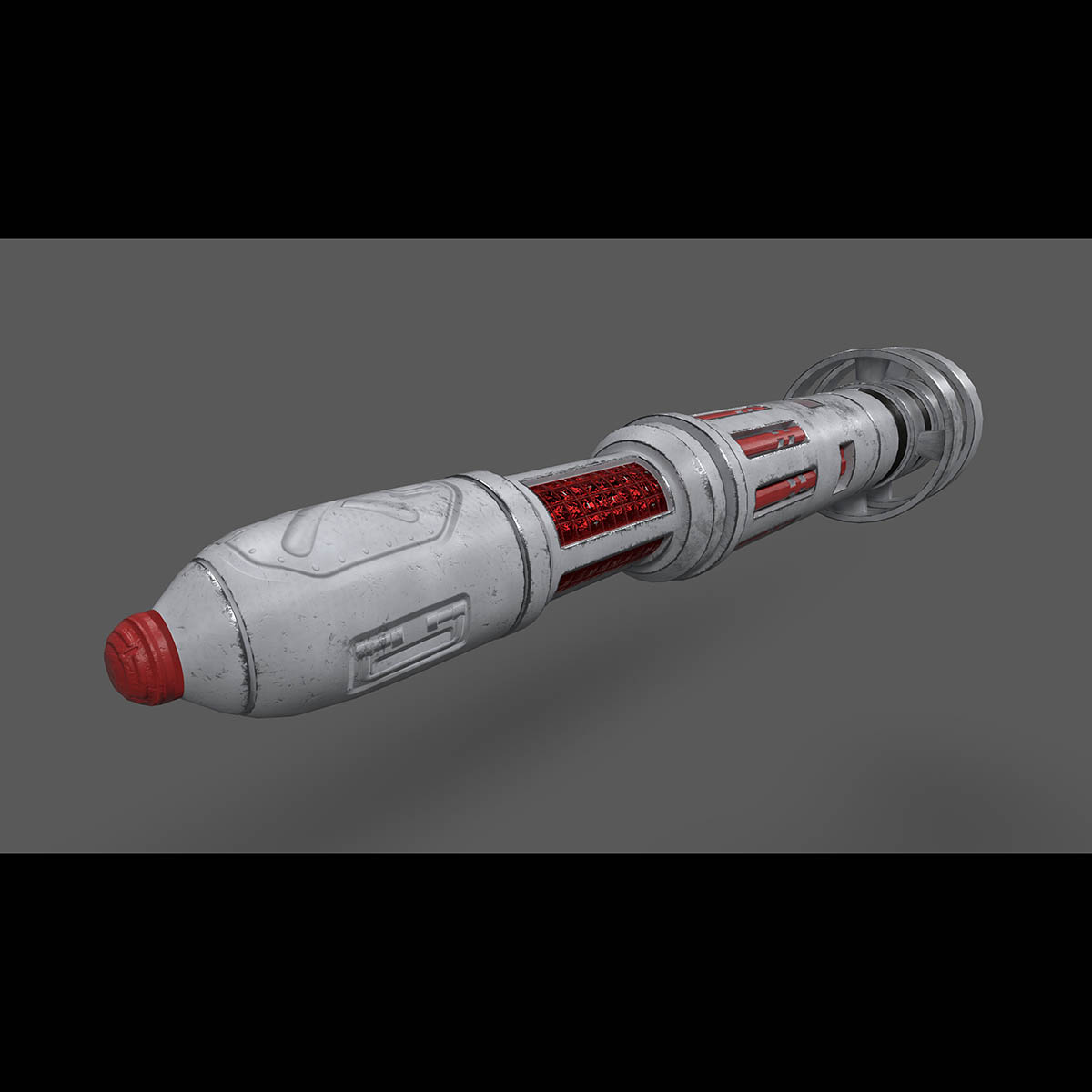 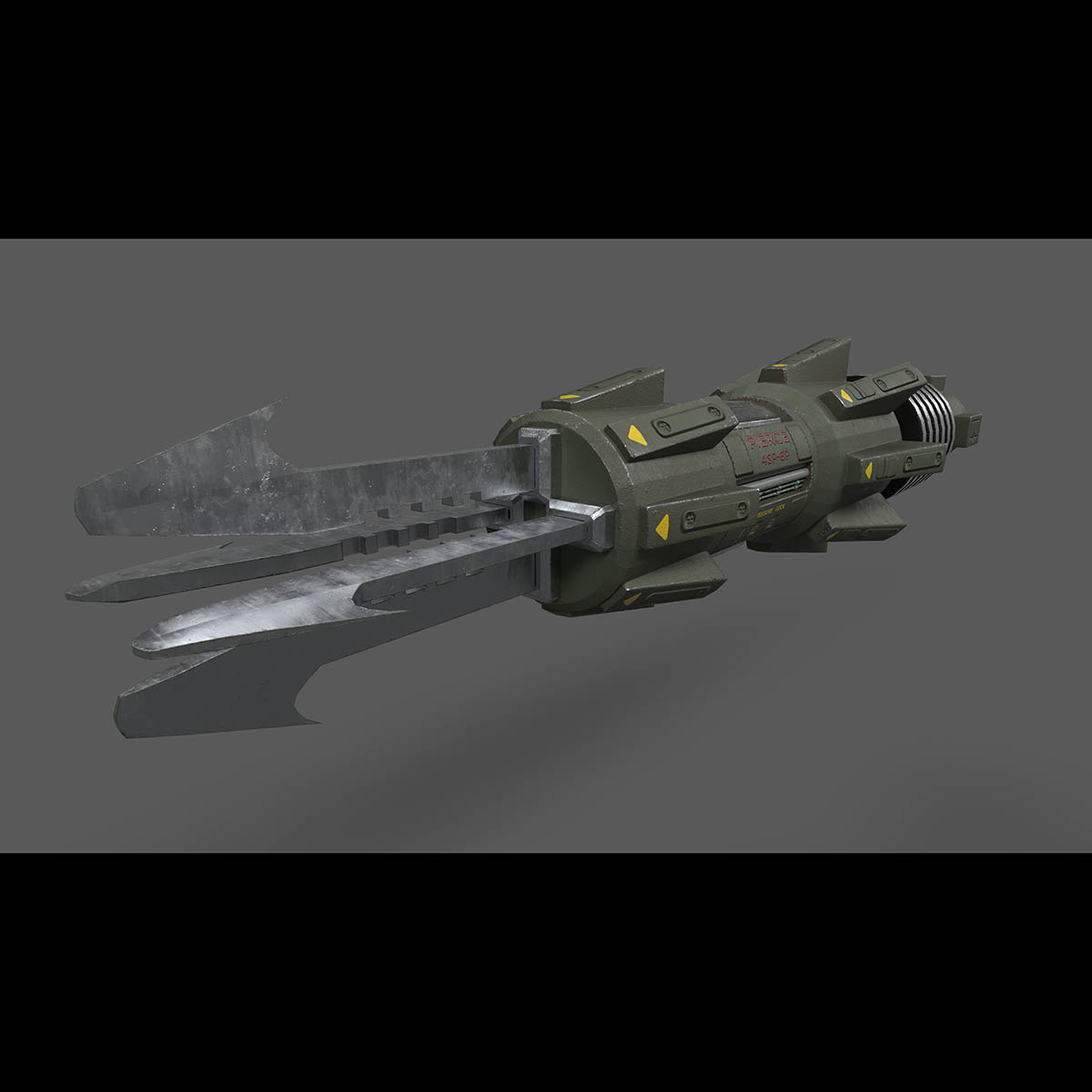 “I want to work in cyber security eventually,” said junior computer science major Cameron Williams. “I never really thought about video game design, but then one of my professors recommended I apply for the position.”

Williams’ main job was programming the artificial intelligence of the game like how the colonists’ enemies were going to act and react to the colonists’ actions. To do this, Williams, a Meridian, Idaho native, had to build the pathfinding systems for the enemies along with other tasks such as making sure all of the buttons work. “It was a continuing process,” he said, “I was constantly going back and tweaking things.”

“People think of programing as this kind of black magic,” said Williams, “but they don’t really understand it or the amazing things that it can do and I think that video game design is something that I really want to continue with as a hobby.”

“I worked throughout the entire project,” said senior virtual technology and design major Ethan Dale. Dale, a Nampa, Idaho native,  was in charge of building everything in the game that is 3D.

“The coder built out the events with default boxes and cylinders that are programmed to do specific things when players interact with them” he said.  “I developed the 3D models for these simultaneously so they could be inserted into the game.”

Dale’s work was highly technical. He used multiple programs for his work including 3DSMax, Substance Painter, Adobe Illustrator, and a special clay sculpting program that he used to give the terrain texture.

“It took me about five hours to make the torpedoes,” said Dale. “The ship took over fifty hours. It just depends on what I need for the model and how much detail is involved. I can work on a 3D model for four hundred hours before getting it perfect. That is why this is such a great opportunity for me. I get a lot of practice with these tools in a working application.”

The game, called Pakicetus, is available on Steam here.

By Christi Stone College of Science