Clinic interns represent clients before U.S. Citizenship and Immigration Services, Immigration Courts, the Board of Immigration Appeals, and U.S. Courts of Appeal. Interns also lead community outreach and educational presentations throughout the region in partnership with local service providers and community organizations.

Examples of intern projects include:

Director of the Immigration Litigation and Appellate Clinic, Associate Professor of Law 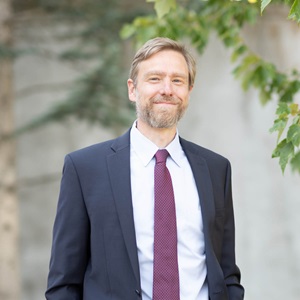 Resources for Immigrant Communities and Advocates 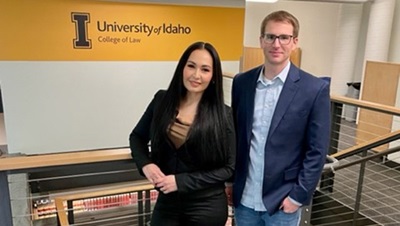 University of Idaho’s Immigration Litigation & Appellate Clinic allows law students to provide wide-ranging legal services and education to immigrant clients and communities. In 2018, students secured the release of their client from immigration detention after two and a half years, won his case before the Ninth Circuit Court of Appeals, and watched him finally receive asylum as a gay man from Ghana after fighting for protection for more than three years. The case garnered the support of the National Immigrant Justice Center in Chicago, IL, which submitted an amicus curiae brief on how key Ninth Circuit precedent should be applied to the evidence supporting the client’s claim.

Students in the Main Street and Immigration clinics collaborated to win protection for their juvenile client in state court to help prevent his deportation to a country where his parents had abandoned and neglected him. Other students represented a client fight his deportation in immigration court, allowing him to remain with his three U.S. citizen children who have special needs. Clinic faculty and students also partnered with a local law firm, community organizers, and the Mexican Consulate to produce an emergency planning guide for immigrant families and service providers across the state so that families could be ready with critical documents and protect their rights in the immigration system. The students won the Rosa Parks Human Rights Achievement Award for their work on the guide.

“The Immigration Litigation & Appellate Clinic has without question been the best test of the skills I’ve learned in law school so far, and an incredibly fulfilling experience that has affirmed my interest in immigration law and the challenges faced by undocumented communities.”