University of Idaho researchers are introducing genes from a plant in the nightshade family into potatoes, seeking to develop spuds that resist harmful nematodes.

The plant, called litchi tomato, has natural resistance to several species of cyst and root-knot nematodes.

“That’s an unusual trait to have such broad resistance,” said Allan Caplan, associate professor in U of I’s Department of Plant Sciences who is involved in the project.

Nematode cysts can remain viable in fields for more than a decade, and they can be found down to 3 feet deep in soil.

U of I researchers — led by nematologist and plant pathologist Louise-Marie Dandurand — have worked for several years studying a range of possibilities for using litchi tomato as a tool to avert nematode-related yield losses in potatoes. Litchi tomato has been planted as a “trap crop” in the program to eradicate pale cyst nematode (PCN), which is quarantined in a small area of eastern Idaho. When planted in fields infested with PCN, litchi tomato stimulates cysts to hatch in the absence of a viable host, causing them to starve.

Dandurand also has a post-doctoral researcher seeking to identify chemicals in litchi tomato that harm or kill nematodes. The chemicals that prove effective could be refined and applied directly to fields as a pesticide.

Caplan and Fangming Xiao, professor in the Department of Plant Sciences, have been working to identify the genes in litchi tomato that are specifically expressed when nematodes attack the plant.

“We found at least 277 genes that got turned on,” Caplan said. “We think not all of them are necessary. We have to make educated guesses of which to try first, and it’s really a matter of trial and error. We’re pretty certain some of these are going to have a big effect but we can’t say with certainty which ones they’re going to be.”

They turned over some of the genes they suspect may be directly involved in killing nematodes to Joseph Kuhl, associate professor in the Department of Plant Sciences, who used biotechnology to introduce them into a red-skinned potato variety, Desiree, last summer. Desiree was chosen because it’s relatively easy to transform through genetic modification.

“If we see resistance in Desiree then we’ll make the effort to put it in russets,” Caplan said.

By first using genetic engineering to find the pathway through which litchi tomato protects itself, Caplan believes researchers may later be able to change gene expression to protect potatoes from nematodes through laboratory methods that aren’t considered to be genetic modifications.

Their work has been funded by several sources including the Idaho Potato Commission, the Northwest Potato Consortium and the federal Plant Protection Act. 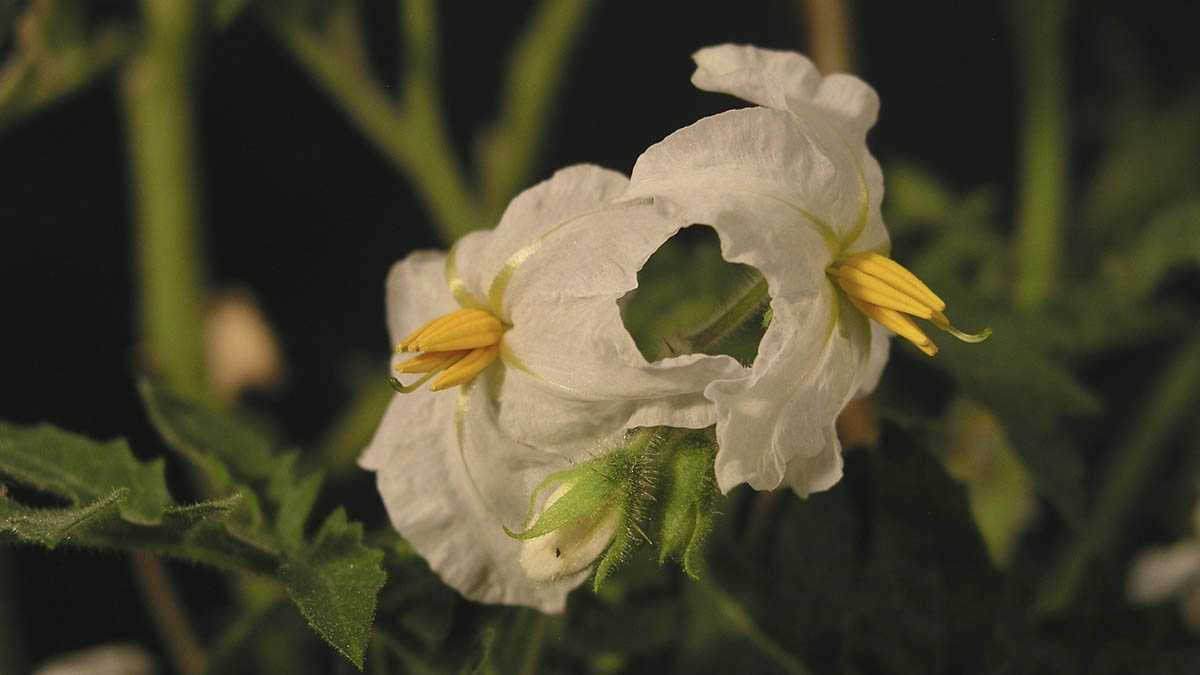