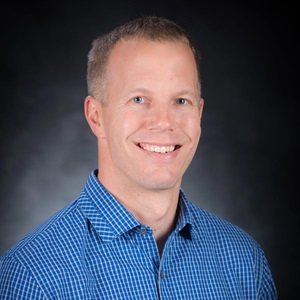 Wolbrecht has been a principle contributor to the design and development multiple robotic devices for neurorehabilitation, including the upper extremity device “Pneu-WREX” and the Finger Individuating Grasp Exercise Robot (FINGER) device for movement therapy of the index and middle fingers. The FINGER robot, designed and constructed at U of I, has been used at UCI and the Wadsworth center in Albany, New York in collaboration with David Reinkensmeyer and Jonathon Wolpaw, respectively. Currently, Wolbrecht is leading a research team at UI to update the FINGER device and add a thumb actuation module.

Wolbrecht, collaborating with Dr. Joel Perry, is also working on the development of a BiLateral Upper-extremity Exoskeleton for Simultaneous Assessment of Biomechanical and Neuromuscular Output (BLUE SABINO).

Wolbrecht has also worked with an interdisciplinary research group at U of I on the autonomous underwater vehicle research, primarily focused on state estimation for localization and navigation. Wolbrecht’s research is funded by the National Institutes of Health (NIH), the National Science Foundation (NSF) and the Office of Naval Research (ONR).

In 2011, Wolbrecht received the Best Paper Award from the IEEE Transactions on Neural Systems and Rehabilitation Engineering for “Optimizing Compliant, Model-Based Robotic Assistance to Promote Neurorehabilitation,” which appeared in the journal in 2008. Wolbrecht was awarded the Presidential Mid-Career Award from the University of Idaho in 2015.

Wolbrecht teaches courses in experimental methods, dynamic systems, controls and robotics. Wolbrecht is a member of ASME and IEEE.