Sarah Hendricks spends her days analyzing white rhino genomes at the San Diego Zoo Institute for Conservation Research as part of a program aimed at keeping the animals from extinction. She uses ground-breaking genetic techniques to assess, observe, and manage endangered species and prevent species extinction.

It’s the perfect job for Hendricks, who graduated from the University of Idaho in spring 2019 with a PhD in Bioinformatics and Computational Biology.

“I'm fortunate to be able utilize my education every day, from the theory I learned to writing skills I gained, and apply that experience and knowledge to solving real-world problems such as managing captive and wild populations,” she said.

Hendricks developed an interest in species conservation as an undergraduate at DePaul University while working on butterfly genetics. This interest continued and eventually lead her to work on the Channel Islands off the coast of California where she learned about the gray foxes of these islands.

Out of the eight islands, six have native populations of foxes. On one, Santa Catalina Island, the foxes were suffering from ear cancer at an unprecedented rate.

No one knew why and Hendricks wanted to find out.

As a U of I student, Hendricks went to Paul Hohenlohe, associate professor of evolutionary biology in the Department of Biological Sciences, and asked him if she could research the genetics of the foxes. Hohenlohe, who does similar work with Tasmanian devils, readily agreed.

“While studying facial cancer in Tasmanian devils, my team found individual devils with tumor regression,” Hohenlohe said. “The DNA sequencing of these individuals identified a gene that could play a role in that. Sarah and I believed that there might be something comparable happening with the foxes.” 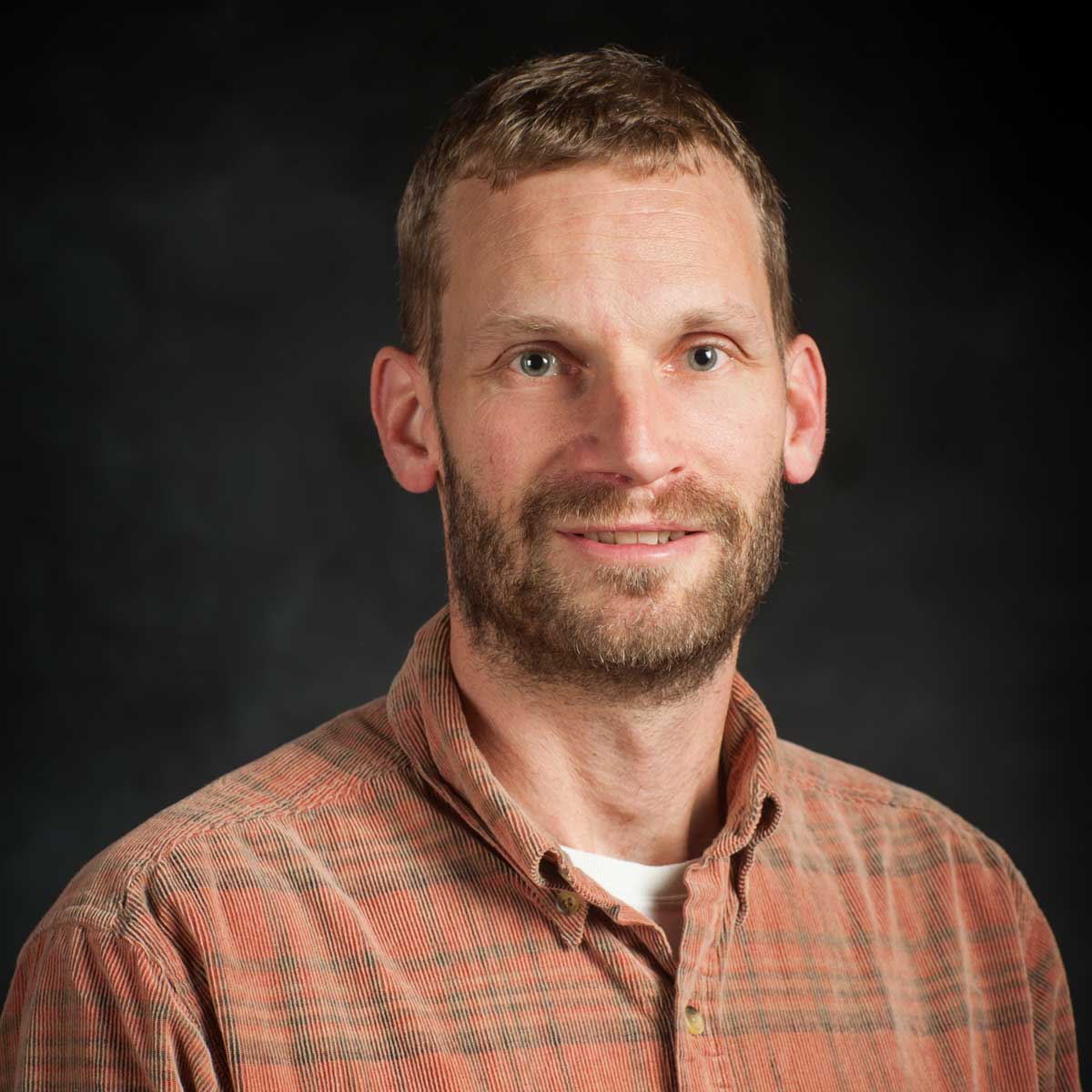 A baby Tasmanian devil in its mother's pouch.

A Tasmanian devil being checked for face cancer. 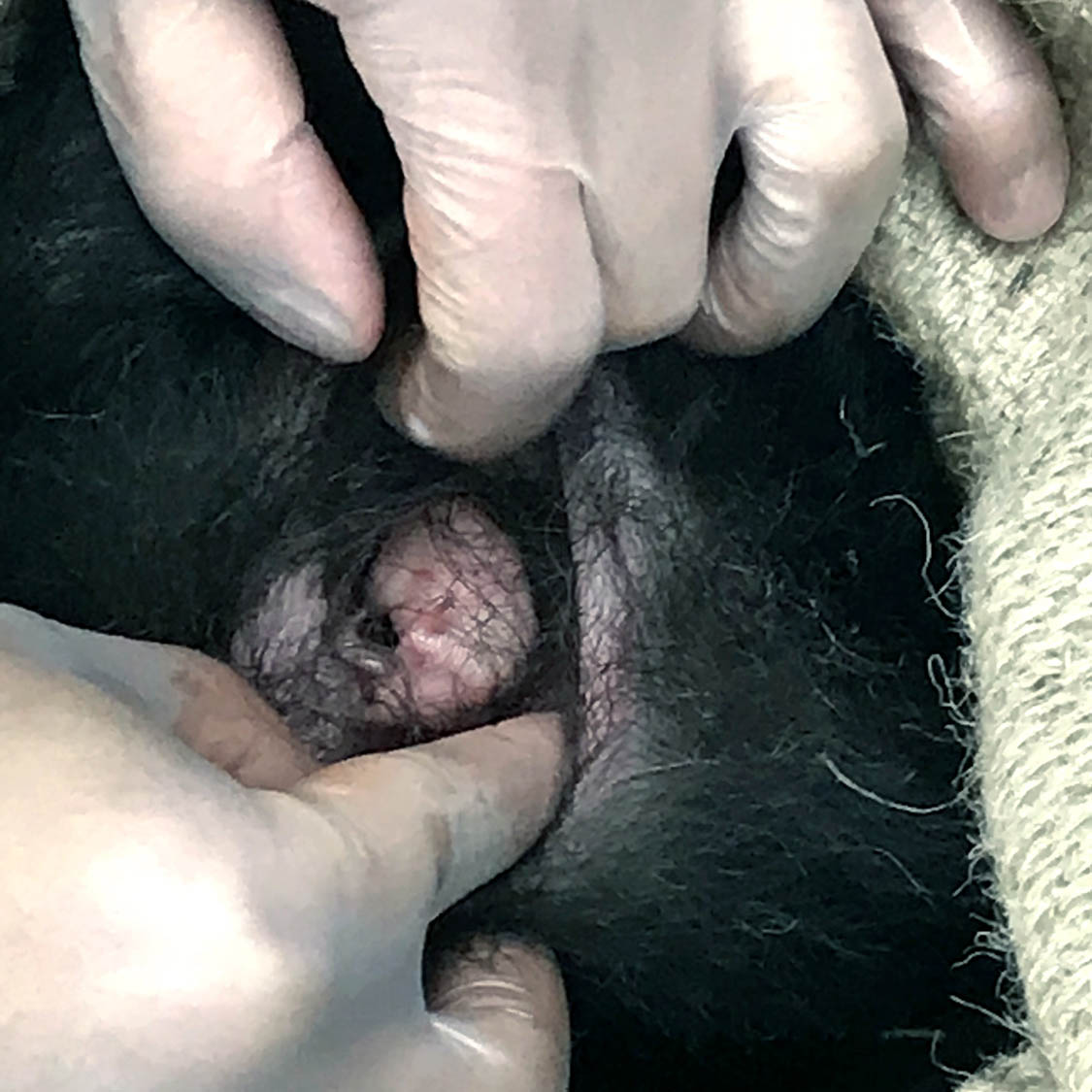 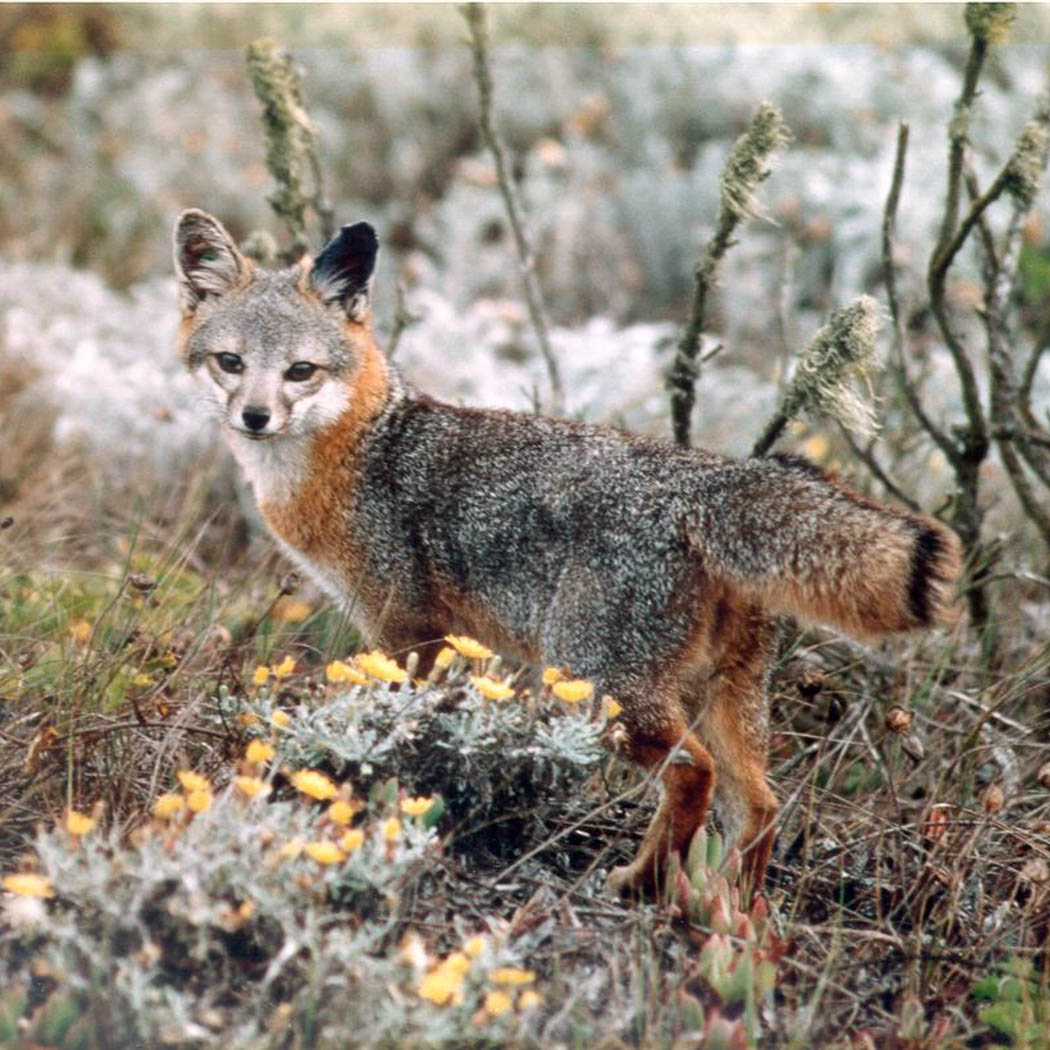 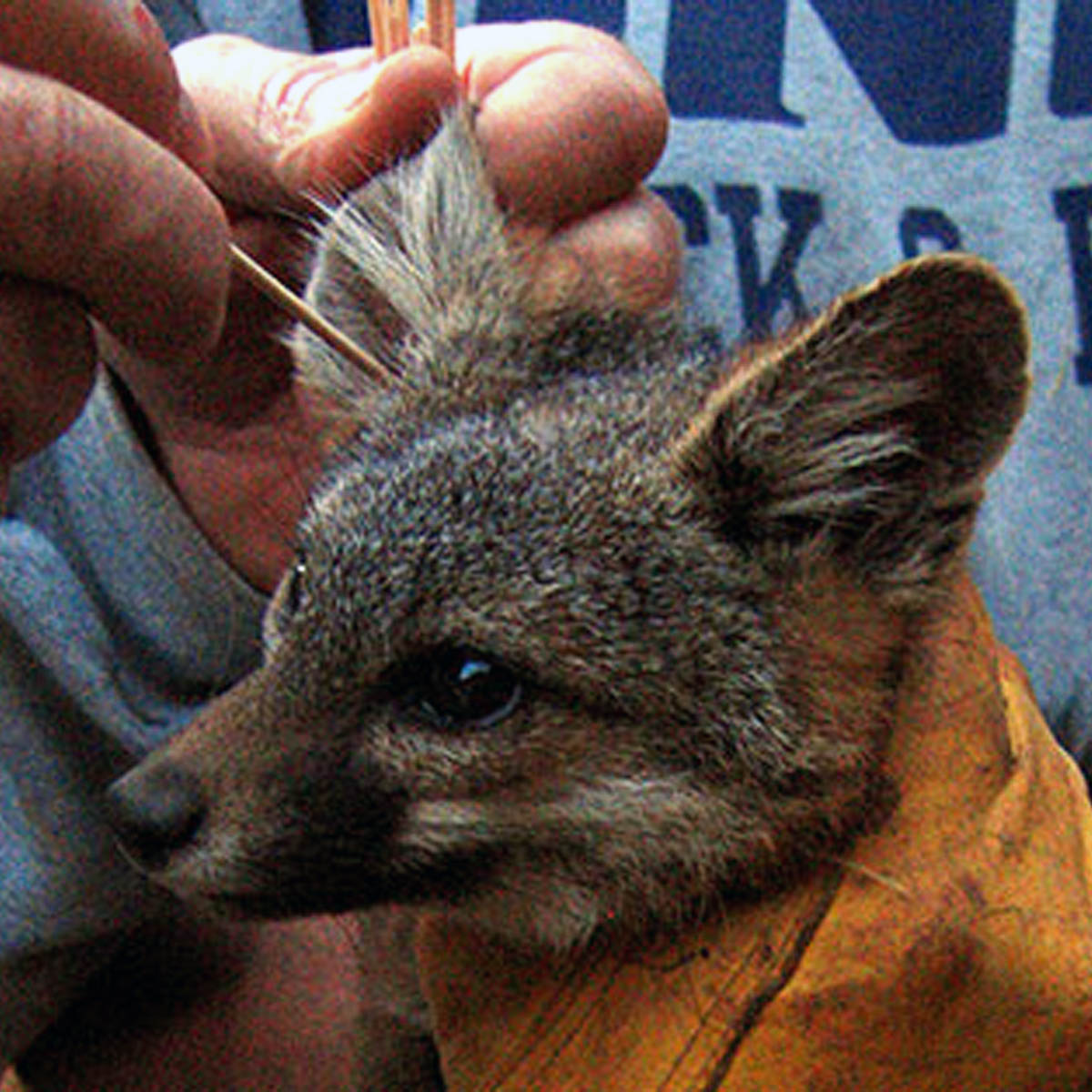 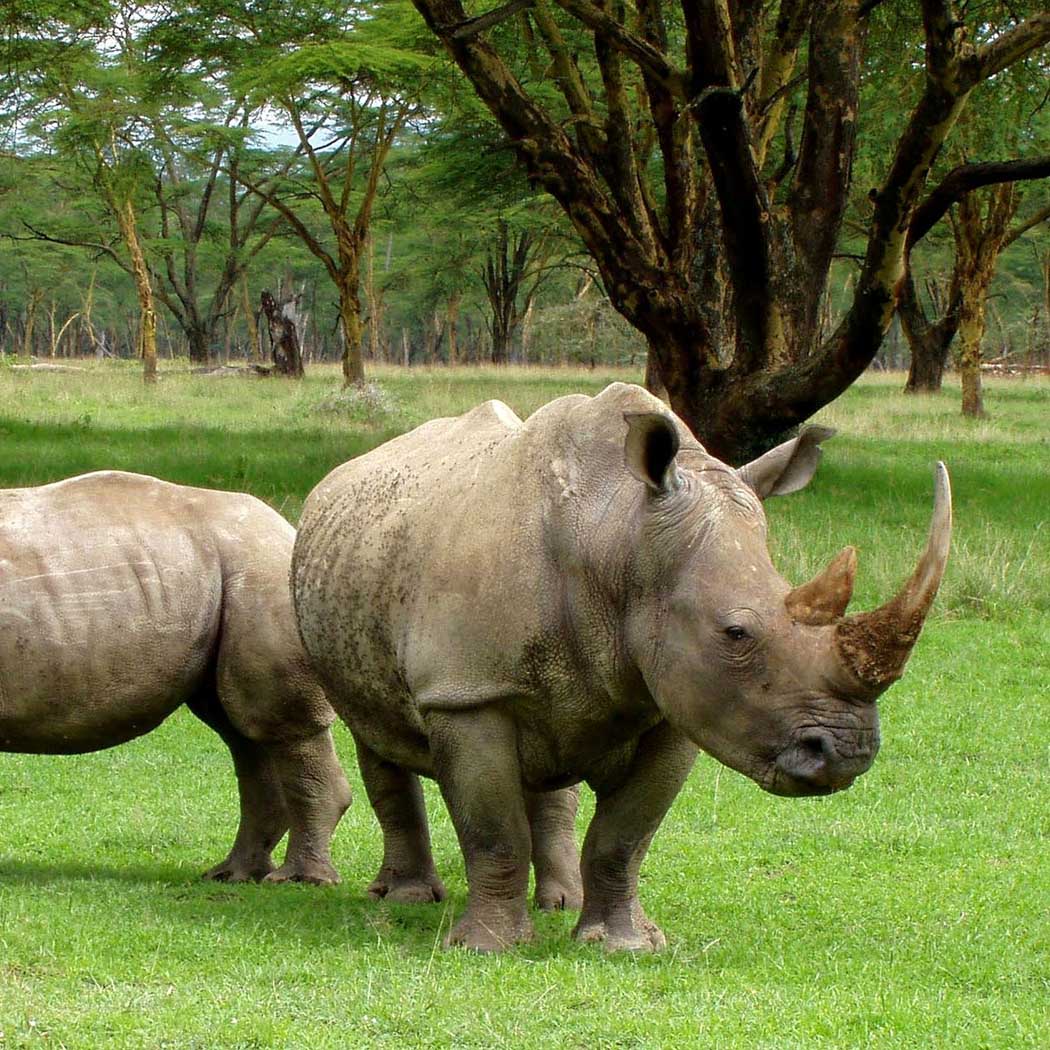 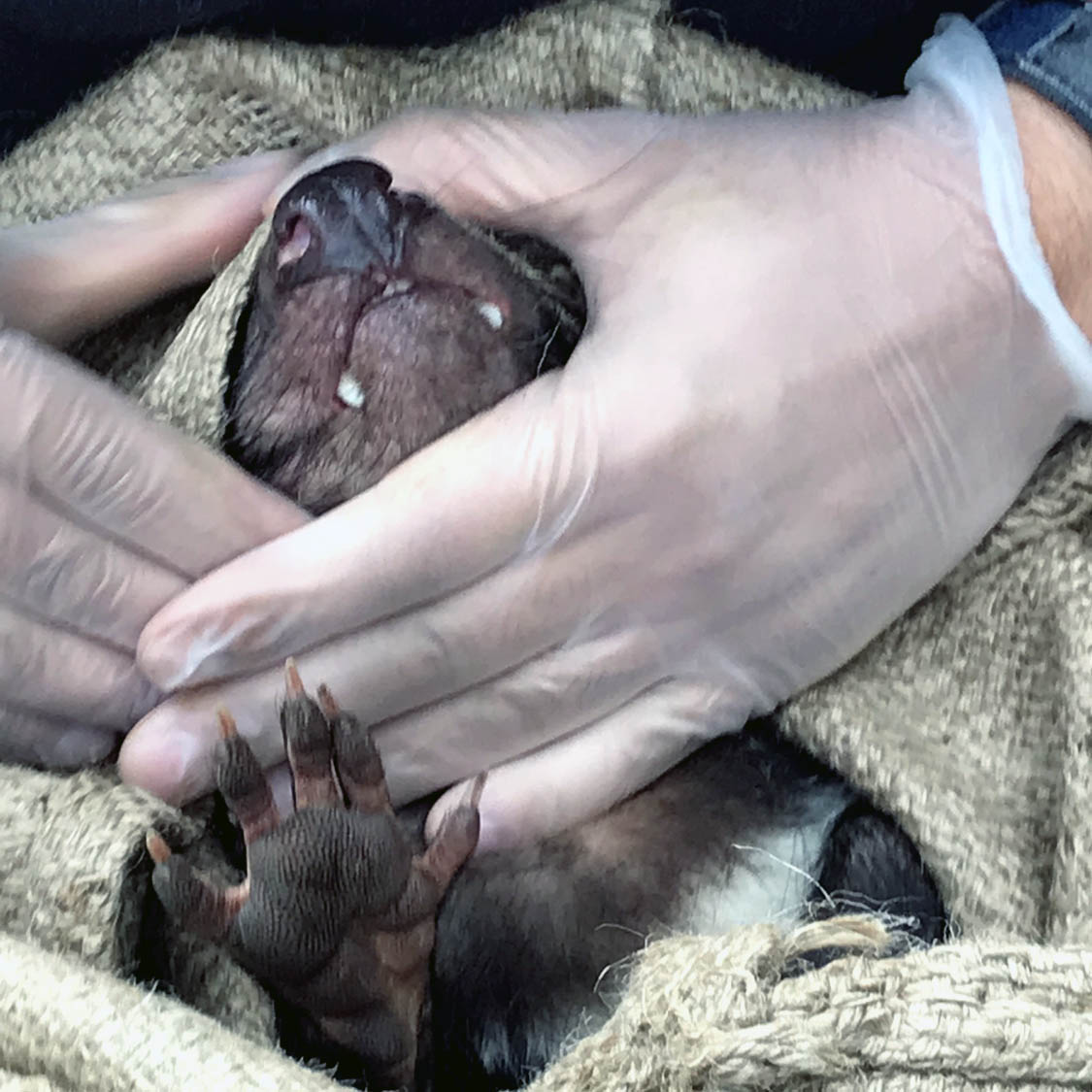 About 1,300 foxes populated the island in the late 1990s before a case of distemper wiped out more than 1,200 of the animals. Fox numbers have since climbed to about 1,800, though many now suffer from ear cancer.

Unknowingly preparing herself for her future work, Hendricks and Hohenlohe sequenced genomes from the Santa Catalina foxes and compared them to those of non-cancer foxes –looking for a genetic answer to the question. They ended up finding many different mutations across the genome.

A paper on their findings is in progress. The pair would like to look at the tumors themselves and study whether there are environmental differences between the sick and healthy foxes.

Hendricks believes research like her work with foxes and rhinos is important because it is part of a larger conversation about how to restore genetic diversity among animals. Hendricks’ job in San Diego involves using what she learned from her fox research to help find a way to better implement that process for other critically endangered animals

Hendricks and the San Diego team are working to save the white rhino from extinction by analyzing whole genome sequences of northern and southern white rhinos to help develop techniques for breeding.

She and the institute hope to see this species saved through successful births of northern white rhino calves in captivity.

“Working at San Diego Zoo Institute for Conservation Research is a dream come true,” Hendricks said. “I'm grateful to be surrounded by people who are passionate about wildlife and dedicated to ending extinction.”