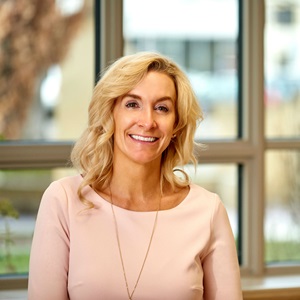 Since 2008 Katie Ball has been the Externship Director for the University of Idaho College of Law’s Boise campus.  She also teaches Federal Courts using experiences from her numerous federal court clerkships to inform class discussions.

Katie earned her law degree from the University of Idaho in May 2002. During law school she worked for the Idaho Attorney General’s Office in the Criminal Appellate Division and also for Holland & Hart LLP. She spent her last semester of law school externing for the Honorable B. Lynn Winmill, the Chief United States District Judge in Idaho. While in law school Katie argued a case to the United States Court of Appeals for the Ninth Circuit and another to the Idaho Court of Appeals.

After graduating from law school, Katie clerked for a year for the Honorable Stephen S. Trott with the United States Court of Appeals for the Ninth Circuit. During the following year, she worked as a staff attorney in the habeas/capital case unit at the United States District Court for the District of Idaho and also worked part-time for the Honorable Thomas G. Nelson with the Ninth Circuit. Katie spent a year with the law firm of Holland & Hart LLP before returning to the federal court to work for the Honorable Larry M. Boyle in 2005. She worked for ten years as the career law clerk for Judge Boyle and the Honorable Ronald E. Bush, Chief United States Magistrate Judge for the District of Idaho, before leaving federal service to teach full time at the College of Law.

When not working, Katie spends her time with her four children and her husband, Jim, who is a partner in the law firm Manweiler, Breen, Ball, & Davis.