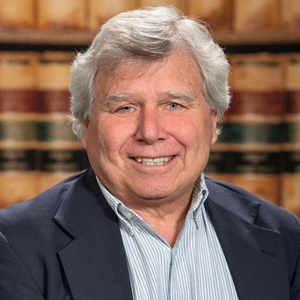 John received his bachelor's degree in history and politics from the University of California Santa Cruz and received his J.D. from Hastings College of Law in San Francisco, having been selected as an editor on the Hastings Constitutional Law Quarterly. He then served as a law clerk to federal Judges William T. Sweigert and Robert P. Aguilar in the Northern District of California. After his clerkship, John practiced law in San Jose, emphasizing general civil, commercial and real property litigation, and in San Francisco, where he was a partner in a law firm specializing in antitrust and unfair competition law. While in San Francisco, John taught Legal Writing and Research at Hastings and also presided over cases as an arbitrator.

John served as a Visiting Assistant and Visiting Associate Professor of Law at Santa Clara University School of Law. While at Santa Clara, John taught Civil Procedure, Remedies, Constitutional Law and Legal Writing and Analysis and also served as an on-site director of the Law School's International and Comparative Law Institute's (now the Center for Global Law and Policy's) Summer Study Programs in Singapore and Hong Kong. He also served as a volunteer attorney in the San Francisco Bar Association's Homeless Advocacy Project.

John then moved with his family to Idaho where he initially practiced law with a firm emphasizing products liability, professional malpractice, education and employment law. For the next sixteen years, he served as in-house General Counsel for the Idaho Education Association, the statewide teachers union. John represented the IEA, its local education associations and members in fora ranging from local school board hearings to the United States Supreme Court. His practice predominantly involved employment and labor law litigation and appeals in state and federal court. During that time, John lectured and wrote extensively on topics related to his practice and served as an adjunct instructor in both the University of Idaho's College of Law and College of Education.

John joined the College of Law as a full-time faculty member in Fall 2011. Initially, he primarily taught dispute resolution subjects, including Civil Procedure and Evidence. Since moving to the Boise Campus in Fall 2014, John will continue to teach Evidence and will also teach Workplace Law, Education Law, Remedies and Civil Procedure.