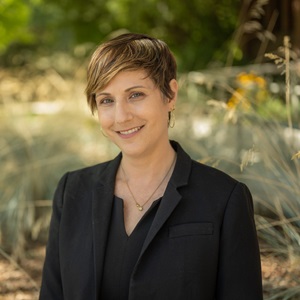 Johanna Kalb was appointed to serve as the Dean of the University of Idaho College of Law in May 2021. She is the first woman to serve in this role. Prior to her deanship, Dean Kalb was the Associate Dean of Administration and Special Initiatives and Edward J. Womac Jr. Distinguished Professor of Law at Loyola University New Orleans School of Law. Her research and teaching interests include constitutional law, federal courts, and the law of detention and democracy. She is a co-author, with Martha F. Davis and Risa Kaufman of the first law school textbook focused on domestic human rights, Human Rights Advocacy in the United States (West, 2014). Her recent scholarship appears in U.C. Irvine Law Review, the Yale Journal of International Law, the Yale Law and Policy Review, and the Stanford Journal of Civil Rights and Civil Liberties, as well as the Washington Law Review Online, the NYU Law Review Online, and the Yale Law Journal Forum.

From 2014 to 2016, Kalb served as Visiting Associate Professor of Law and Director of the Arthur Liman Public Interest Program at Yale Law School. Dean Kalb is a fellow in the Democracy Program at the Brennan Center for Justice at NYU School of Law and an academic fellow of the Pounds Civil Justice Institute.

Dean Kalb is a graduate of Yale Law School and the Johns Hopkins University School of Advanced International Studies where she completed her M.A. in International Relations with a focus on African Studies. After law school, she served as a clerk for the Honorable E. Grady Jolly of the United States Court of Appeals for the Fifth Circuit and the Honorable Ellen Segal Huvelle of the District Court of the District of Columbia. She is admitted to practice in the States of Mississippi and New York.