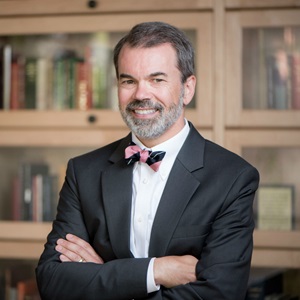 Professor David Pimentel (J.D., M.A., U.C. Berkeley; B.A., BYU) joined the UI College of Law in 2015. Before beginning his academic career in 2007, he worked for the United Nations, overseeing Court Management and Legal Aid at the International Criminal Tribunal for the former Yugoslavia, and directing Rule of Law activity in South Sudan for the U.N. Mission there. He has also led USAID-funded court reform projects in Romania and in Bosnia and Herzegovina, returning to Sarajevo in 2010-11 as a Fulbright Scholar.

Before coming to the University of Idaho, he directed the Center for Democratic Governance and Rule of Law at Ohio Northern University, later heading ONU’s Rule of Law-focused LL.M. Program. He has an international reputation in the field of post-conflict justice and rule of law, and has taught and lectured on related topics – cultural imperialism in rule of law promotion, legal pluralism, judicial restructuring and governance – throughout the world.

More recently, he has written on the subject of forfeiture reform, as well as on issues of child protection. He is an advocate for legal protection of parents’ rights, particularly against a state actor’s second-guessing of parenting choices, and has been cited and quoted by state appeals and supreme courts, overturning convictions in these cases.

Before going abroad to work on judicial reform, he spent twelve years with the federal judiciary, including one year as a Supreme Court Fellow in Washington, DC, and one year as a law clerk for the Honorable Martin Pence, in the U.S. District Court in Honolulu. He also spent two years in private practice with the law firm Perkins Coie in Seattle.

He and his wife Annette Bay (who writes juvenile nonfiction) have six beautiful and brilliant children, as well as the distinction of having dragged them through some of the more inhospitable places on earth, doing post-conflict justice. He has a passion for running, longboard surfing, jazz and blues, and old movies. Recently he has learned to play the ukulele, but not very well.