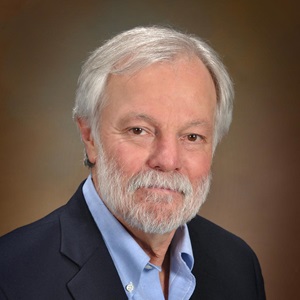 He earned an A.B. in philosophy from Columbia College and a J.D. from the University of Oregon. Following law school, he taught at Oregon for a year before joining the Solicitor's Office at the Department of the Interior in Washington, D.C. as an Honor's Program Attorney. He subsequently worked in the Lands and Minerals Division where his responsibilities included sagebrush rebellion litigation, wilderness, land-use planning, and wild and scenic river issues. He has been at the College of Law since 1982.

Professor Goble teaches natural resource law (including public land law and wildlife law), natural resource history, and torts. His scholarship focuses on the intersection of natural resource law and policy, constitutional law, and history. In addition to the usual numerous articles and essays, he is the co-author of four books: Wildlife Law: A Primer (Island Press 2008), Wildlife Law: Cases and Materials (Foundation Press, 1st ed. 2002, 2d ed. 2009), and Federal Wildlife Statutes: Texts and Contexts (Foundation Press, 2002). He has co-edited two volumes that grew out of the Endangered Species Act @ 30 Project, The Endangered Species Act at Thirty: Renewing the Conservation Promise (Island Press, 2006) and The Endangered Species Act at Thirty: Conserving Biodiversity in Human-Dominated Landscapes (Island Press, 2006). He also co-edited a collection of essays on the environmental history of the Pacific Northwest, Northwest Lands, Northwest Peoples: Readings in Environmental History (University of Washington Press, 1999).

Between 2001 and 2008, he was an organizer of a multidisciplinary, multi-interest evaluation of the Endangered Species Act at its thirtieth anniversary. The ESA @ 30 Project hosted two national conferences, nearly a dozen smaller workshops, and a series of briefings to groups including congressional staffs, the Associate Regional Directors of the U.S. Fish & Wildlife Service, the Nature Conservancy-Smith Fellows, and the Western Association of Fish and Game Administrators.

He has received four Alumni Awards for Excellence in Teaching, the Bridge Builder Award from the College of Natural Resources for his interdisciplinary work, the University Award for Excellence in Research and Creative Activity, and the Idaho State Bar’s Outstanding Service Award. During the 2008-2009 academic year, he was the Distinguished Environmental Law Scholar at Lewis and Clark’s School of Law in Portland, Oregon.