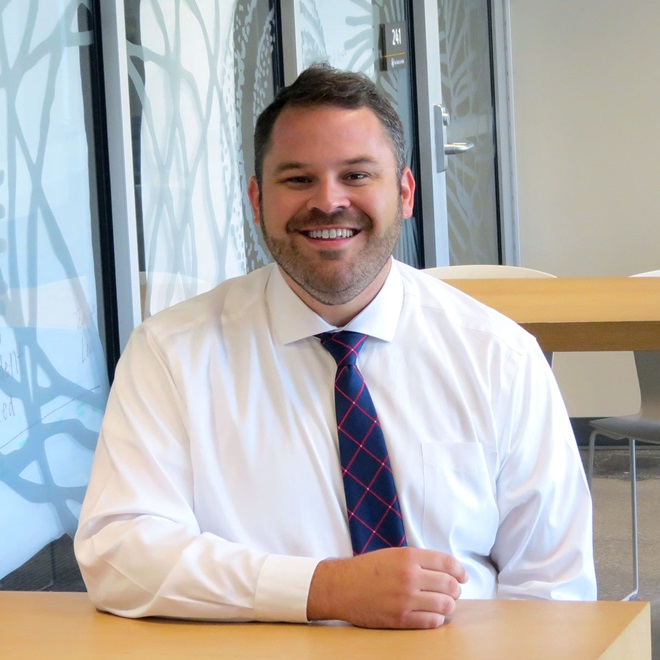 Originally from Grand Forks, ND, Dr. Smitley has traveled and lived in many areas of the United States. Growing up as an “Air Force Brat,” Matt spent the majority of his life in the beautiful Santa Barbara County, California. It was there that his interest and passion for sports medicine and Athletic Training started. After graduating high school, Dr. Smitley pursued his career at Allan Hancock College later transferring to California Baptist University in Riverside, CA.

While at CBU, Matt continued his work towards his Bachelor’s of Science in Kinesiology with an emphasis in Exercise Science. During this time, he also served in various roles in Student Leadership, Residence Life, while also touring the country as part of the University’s renowned Male Chorale. Following the completion of his Bachelor’s Degree, Matthew then stayed at CBU to further his academic career in the Masters of Science of Athletic Training Program. During his time in the CBU ATP, Dr. Smitley was afforded many opportunities and experiences that allowed him to provide care to patients at every level of competition and involvement from professional to recreational athletics. He also served as an executive board member and President of the Athletic Training Student Organization.

After obtaining his Master’s degree in 2014, Dr. Smitley moved cross-country to work with a Top-15 health system as a full-time outreach Athletic Trainer to a mid-sized high school. While there he organized, coordinated, and provided health care for over 300 student-athletes across 28 teams and 16 different sports. He also served on various departmental committees with the hospital including education, mentorship, and policy & procedure. In addition to his clinical work, Dr. Smitley also served as a Preceptor for the Western Carolina University ATP.

Recognizing that he still had a thirst for knowledge and improving his clinical practice, Dr. Smitley moved to Moscow in 2017 to begin his work as a Doctor of Athletic Training student at the University of Idaho while serving as a Doctoral Teaching assistant in the MSAT program. Additionally, Matthew contributed his time and expertise as a preceptor in the Integrated Sports Medicine and Rehabilitative Therapy (ISMaRT) clinic. In his clinical role, Dr. Smitley provided care to patients of all ages, walks of life, and activity levels. While completing his advanced clinical doctorate, Matt developed a passion for researching and utilizing novel and alternative approaches to musculoskeletal therapy. Additionally, his educational and research interests expanded to include Athletic Training education curriculum delivery and student stress mitigation.

Outside of Athletic Training, Dr. Smitley is an avid University of Tennessee Football fan and singer. In his spare time, he enjoys traveling, exploring his new home in the Pacific Northwest and spending quality time with friends and loved ones.