This fall the NROTC Battalion welcomed the new Class of 2023 during an action-packed day full of orientation activities. On August 24th, our 4/C midshipmen went through freshman indoctrination with the NROTC Unit. During orientation new midshipmen were introduced to basic military customs and courtesies, close order drill, and familiarization with the Unit. Events during orientation included uniform issue, administrative in-processing, and hours of drill practice. The day came to a close with the entire Battalion observing the 4/C midshipmen being sworn in by the Commanding Officer. 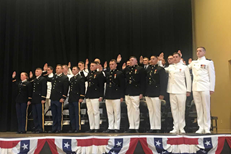 On Friday December 7, 2018, the University of Idaho and Washington State University NROTC Unit held a joint commissioning ceremony with the Army and Air Force ROTC Units commissioning two new Navy Ensigns. One of our new Ensigns is attending Flight School while the other is stationed in Yokosuka, Japan.

The Navy ROTC Battalion is a proud annual supporter of the U.S. Marine Corps Toys for Tots program. The Toys for Tots foundation is dedicated to collecting and distributing Christmas gifts to less fortunate children in the community. Their goal is to bring a message of hope and help children everywhere experience the joy of Christmas. NROTC provides active administrative support for the Moscow/Pullman community during November and December. University fraternities help our Unit collect, sort, and prepare gifts for distribution.

Every Veterans Day there are several events around the local community in which the Battalion participates to honor our veterans and their sacrifices. These events included a wreath laying ceremony at the University of Idaho's Memorial gym as well as a ceremony at Washington State University. The U of I/WSU NROTC Color Guard had the honor of taking part in a joint color guard with the Army and Air Force ROTC Units. 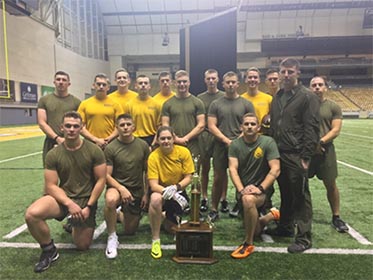 Every year, the Naval and Army ROTC Units face off in a competition of athletic skill and performance in the form of a flag football game. Much like the game played between the Academies, there is a fierce rivalry between the Units. This year, entering as back to back champions, the unit defeated the University of Idaho Army ROTC Unit to claim the title for the third year in a row. 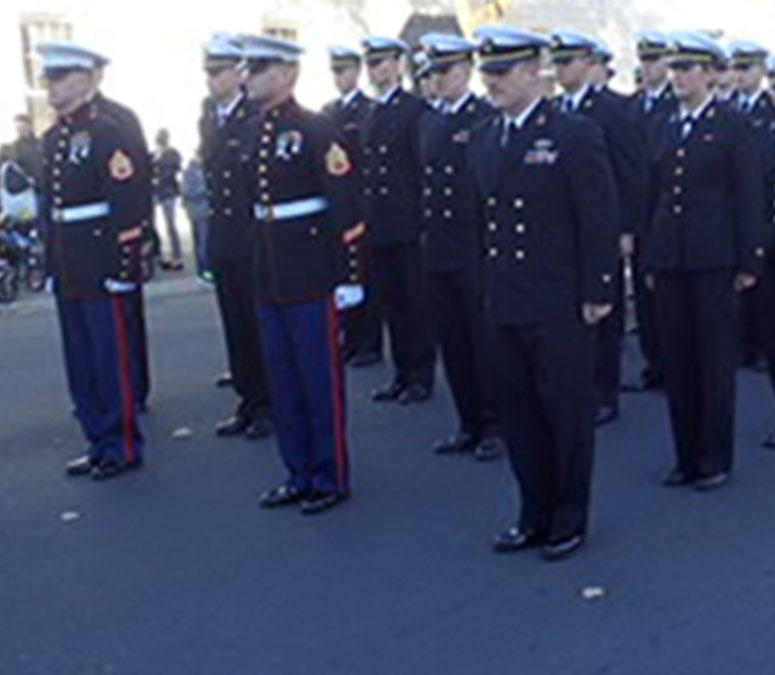 Every year the NROTC Battalion marches in the Vandal Homecoming Parade. The event serves to increase the Battalion’s military bearing and aptitude while providing an opportunity to stay active in the community. Two members of the Unit served as part of the Joint Color Guard, which led the parade down Main Street through downtown Moscow.

The annual POW/MIA Day ceremony was held this year on September 21, 2018. The University of Idaho Navy, Army, and Air Force ROTC Units host the annual POW/MIA ceremony. A joint ROTC force provided Color Guard for the event. Each year, POW/MIA Day honors those still missing from our Nation’s past wars and conflicts as well as those who made the ultimate sacrifice and whose remains have not yet been recovered and returned home.