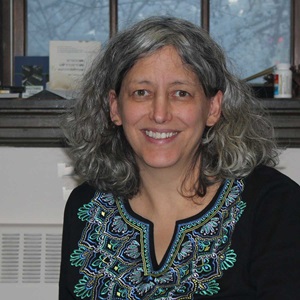 My research focuses on the role of molecular chaperones in the cell. Molecular chaperones are highly conserved proteins found in every cellular compartment of every organism studied. In general, chaperones prevent inappropriate interactions that may result in proteins becoming unfolded, and they function both during normal cellular processes, such as protein synthesis, and also during times of environmental stress, such as heat shock.

In particular, I study the function of a chaperone called Hsp90 (90 kDa heat shock protein). Hsp90 is an essential chaperone that is required for the activity of a number of 'client' proteins involved in signal transduction pathways and cell cycle regulation, such as steroid hormone receptors and oncogenic tyrosine kinases. Hsp90 functions with at least 5 other proteins in an ordered pathway of interaction that results in the proper folding and activity of the client protein. I use genetic and biochemical studies with the yeast, Saccharomyces cerevisiae, in an attempt to understand what all these co-chaperones are doing and why so many of them are required. My current work focuses on the role of two of these co-chaperones, Hsp40 and Hsp70, which interact with client proteins before Hsp90. I am interested in determining what structural features of a client protein promote interaction with Hsp40 and Hsp70, as well as investigating how Hsp90 is recruited to the pathway.