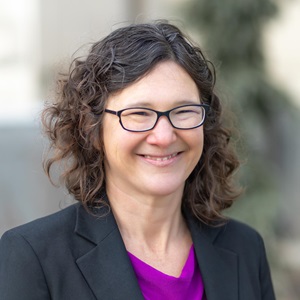 Ms. Salzman is a seasoned attorney with experience in criminal defense, family law, and immigration law. She spent the early part of her career practicing on the Big Island of Hawaii, first in civil legal services and later as a deputy public defender. Ms. Salzman also worked as a staff attorney for the Indiana Supreme Court's Division of State Court Administration, where she was responsible for overseeing various statewide court projects and commissions. Upon moving to Idaho, she spent several years as a deputy public defender in Canyon and Ada Counties, where she represented clients in misdemeanor cases. More recently, Ms. Salzman worked in a small private practice primarily handling divorce, custody, and guardianship cases, as well as some immigration appeals. Prior to coming to the College of Law, she was a staff attorney at a nonprofit practicing immigration law, where she handled both affirmative applications and removal defense cases.