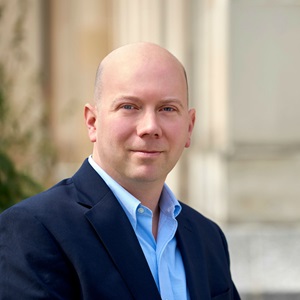 Stephen R. Miller is a Professor of Law at the University of Idaho College of Law’s Boise campus.  He previously served as the law school’s Associate Dean for Faculty Development.  He also has served as a visiting professor of law at the University of Connecticut School of Law.  Prior to becoming a law professor, he practiced land use and environmental law in San Francisco, California.

Professor Miller is a nationally-recognized expert on land use planning law, state and local government law, and property law.  He is the editor-in-chief of Federal Land Use Law & Litigation, an annually-updated treatise focusing on Fifth and First Amendment property claims.  His other books include Land Use and Sustainable Development Law:  Cases and Materials, a co-authored casebook; Idaho Land Use Law:  Cases and Materials, a casebook; and Contemporary Issues in Climate Change Law and Policy, a co-edited selection of essays.  He also served as editor-in-chief of the American Bar Association’s Journal of Affordable Housing & Community Development Law, and presently serves as the Journal’s senior editor. In addition, he has published over sixty law review articles, professional articles, and editorials on land use topics.

He is a frequent speaker at law schools, professional conferences, and interdisciplinary centers.  Prior speaking or discussant engagements have also included the Brookings Institution’s Bass Center for Transformative Placemaking; Harvard Kennedy School’s Ash Center for Democratic Governance and Innovation; Stanford University’s Bill Lane Center for the American West; the Searle Center on Law, Regulation, and Economic Growth at Northwestern’s Pritzker School of Law; the Land Use Law Center at the Haub School of Law at Pace University; the California Fire Science Consortium, which is organized by U.C. Berkeley and California Polytechnic University; and the Rocky Mountain Land Use Institute, at the University of Denver School of Law where he is also serves on the Center’s National Advisory Board.

He remains actively involved in land use disputes and resolutions.  He has served as an expert witness on land use and property-related matters in cases pending before federal district courts and federal bankruptcy courts.  He is actively licensed to practice law in California and Idaho.  He is also an active member of the American Institute of Certified Planners (AICP).

Professor Miller has received a number of grants for his work from international, federal and state agencies including the U.S. Forest Service; the U.S. Bureau of Land Management (sub-grant); the Center for Advanced Energy Studies at Idaho National Laboratories; the Idaho Department of Lands; and the Organisation for Economic Co-operation and Development (OECD) in Paris, France.

His courses have included Property, Land Use Law, Housing Law, Administrative Law, Real Estate Transactions, and State and Local Government Law.  He also taught an Economic Development Clinic at the University of Idaho College of Law for six years.  A popular professor, his classroom teaching has received several notable awards.  In 2021, he received the University of Idaho Center for Excellence in Teaching and Learning’s Teaching Innovation Award for course design.  He has twice been voted Outstanding Faculty Advisor of the Year by the Idaho Law Review and received the Alumni Award for Faculty Excellence in 2013.

He holds an undergraduate degree magna cum laude and Phi Beta Kappa from Brown University; a J.D. from the University of California, Hastings College of Law; a master's degree in city and regional planning from the University of California, Berkeley; and a master's degree in fiction writing from Boise State University.  At U.C. Hastings, he was senior articles editor for the Hastings Constitutional Law Quarterly and a research assistant to Professor Joel Paul.  At U.C. Berkeley, he received the Tommy Church Prize, a prestigious annual competition to resolve a problem in the landscape of the American West that, in the year he won focused on land conservation in the California Delta.  At Brown, Professor Miller was student director of the Rose Writing Fellows Program, then one of the leading interdisciplinary writing programs in the country.  He also received the Dean of the College Travel Fellowship for research in India and several senior writing prizes.

He is active in land use affairs in his community.  He previously served on Boise’s Planning & Zoning Commission, as well as on the board of his neighborhood association.

Urban Data and the Platform City, in The Cambridge Handbook of the Law of the Sharing Economy (Nestor Davidson, Michele Finck & John Infranca eds., 2018).

The Battle Between Internet Exceptionalism and the Local Control of Land Use, 31 ABA Prob. & Prop. 36 (May/June 2017) (co-authored with Jamila Jefferson-Jones), reprinted in ABA GP Solo, Nov.–Dec. 2018 (one of three “Best of the ABA Sections” articles).