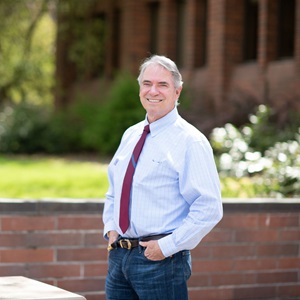 At the University of Idaho, he has received many awards for his teaching. His service to the legal profession and to legal education is wide-ranging and has included long-term service as an inspector for the American Bar Association's Accreditation Committee.

During Professor Miller's term as dean, the law school pioneered the use of interactive video courses as part of its curriculum and established its reputation for the advanced use of technology. He also oversaw the renovation of a substantial portion of the Menard Law Building.

Thanks in part to his efforts, the law school has experienced a dramatic increase in private giving over the past several years. This has led to the establishment of many new endowments for scholarships, lectureships, and professorships.

TCJA impact on Wealth Transfer Tax Planning article by Professor John A. Miller, co-authored by Jeffrey Maine of University of Maine School of Law, to be published in BYU Law Review

U of I Law Professor John A. (Jack) Miller co-authored an article with Jeffrey Maine, titled “Wealth Transfer Tax Planning After the Tax Cuts and Jobs Act.” The article has been accepted for Publication by the Brigham Young University Law Review. Read more

Professor Jack Miller and his co-author, Professor Jeffrey Maine, have published the second edition of their book, PROBLEMS AND SOLUTIONS FOR FEDERAL INCOME TAXATION.

Professor Jack Miller and his co-author, Professor Jeffrey Maine, have published the second edition of their book, Problems and Solutions for Federal Income Taxation (Carolina Academic Press 2019). The second edition reflects the many significant changes made by the Tax Cuts and Jobs Act for years 2018 and beyond. This edition includes more than 400 problems with solutions. Read more

Weldon Schimke Professor Jack Miller and his co-author, Professor Jeffrey Maine, have published the fifth edition of their textbook, The Fundamentals of Federal Taxation. Read more