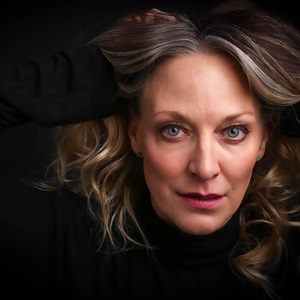 Kelly Eviston Quinnett is a professor and head of acting at the University of Idaho. As an actor, she has extensive experience in professional theatre and film.

Kelly Eviston-Quinnett is a National Member at Large, Kennedy Center American College Theatre Festival and Head of Performance at the University of Idaho. Kelly was the recipient of the National Irene Ryan Scholarship presented by the Kennedy Center American College Theatre Festival, which led to her being placed under a development contract with ABC. She appeared on "All My Children" as Maria Monterey and on "One Life to Live" as Blaine Adams. Films include: "The River Murders" with Ray Liotta, "Without a Ladder" with Jack Bannon, "Frank" with John Gries and Britt Robertson, "Home of the Brave" with Samuel Jackson, "Mozart and the Whale" with Josh Hartnett, "The Basket" with Peter Coyote, "Mr. Write" with Paul Reiser and Martin Mull, "Brothers and Sisters" with Franco Nero and Stefano Accorsi. Plays include: "Go. Please. Go." by Emily Feldman, National New Play Network’s rolling premiere of "Lucky Me" by Robert Caisley, "Bus Stop" with Ellen Travolta, "Circle Mirror Transformation," "Noises Off," "Grace and Glory" and more. Kelly has had the good fortune of being a guest artist for the MFA Playwriting Workshop at the Kennedy Center with the National New Play Network and worked on plays with and by Steve Yockey, Martyna Majok, Meg Miroshnik, Michael Mitnick, Dan Le Franc, Aurin Squire and Lindsey Ferrentino. Recently, she was in the workshop performance of Randy Reinholz’ "Under a Big Sky." In 2016, Kelly was honored with the National KCACTF, Special Achievement in Performance as Medea in "Medea: Her Story." She is the first ever Uta Hagen Teaching Award recipient and the Mayor’s Arts Award recipient for Outstanding Achievement in Arts Education. Kelly is a proud professor and Head of Performance at the University of Idaho.