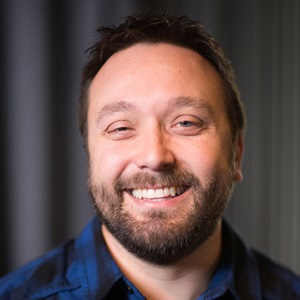 Jesse is the Associate Chair and an Associate Professor of scene design at University of Idaho Department of Theatre Arts in Moscow. Before moving to Idaho he was an Associate Professor and head of design and production at Florida International University. He received his Master of Fine Arts in scene design from Purdue University and a Bachelor of Fine Arts in theatre design from Viterbo University. Prior to joining the faculty at FIU he worked as the resident scene designer at New Theatre in South Florida. Favorite shows at New Theatre include "Madagascar" (Carbonell Nomination), "For Better, Paradise" and "The Sunken Living Room," which was remounted at Southern Repertory Theatre in New Orleans.

Jesse has designed around the country at such theatres as The Alabama Shakespeare Festival, The Contemporary American Theater Festival, Montana Shakespeare in the Parks, Company of Fools, The Texas Shakespeare Festival, Shakespeare Theatre of New Jersey, The Mint Theater, Texas Repertory Theatre Company, The Red Fern Theatre, The Ohio Theatre, The Renaissance Theatre and The 6th Street Playhouse in Santa Rosa, California. His work has been exhibited at the Prague Quadrennial in the Czech Republic. He currently holds the position of Vice-Commissioner of Education in the Scene Design & Technologies Commission for The United States Institute for Theatre Technology (USITT). He also serves as the Immediate Past National Chair of Design, Technology and Management for the Kennedy Center American College Theatre Festival (KCACTF). Jesse has received numerous regional and national awards for his designs.

He has also worked outside of theatre as a visual and marketing consultant for GAP, Inc., where he helped layout and open new GAP stores in New York, Miami, and the Midwest. He was responsible for teaching the employees lighting, window displays, marketing placement and dressing mannequins. In his spare time he has painted murals for private residences, interior designed for dental offices and graphic designed an array of different materials and displays.