Encircled by brilliant rings, Saturn is among the most recognizable planets in our solar system.

“When you’re a little kid and you have those placemats with the solar system, everyone’s favorite planet is Saturn,” says Rob Chancia, a doctoral student studying physics at the University of Idaho.

Scientists, too, are drawn to Saturn. NASA sent the Cassini spacecraft to the planet in 1997, and it arrived in 2004. Back on Earth, researchers pore over the hundreds of thousands of images gathered by Cassini to better understand the planet, its moons and, in the case of Chancia and his colleagues, its distinctive rings.

Chancia, originally from Utica, New York, is part of a team of UI student researchers led by Matthew Hedman, an assistant professor of physics in the UI College of Science. Hedman began working with Cassini shortly after it began orbiting Saturn, when he was a postdoctoral researcher at Cornell University.

“For me, the chance to be involved in this pretty bizarre planet with lots of rings and cool moons was something I couldn’t pass up,” Hedman says.

As Hedman and his students have learned, the rings that make Saturn stand out are fascinating not only on their own, but also for the way they reveal the secrets of the planet and its moons — and contain information that could help scientists understand the workings of young solar systems and distant galaxies.

A Complex and Rewarding Planet

As flat and even as they appear in photos, Saturn’s rings are far from simple. 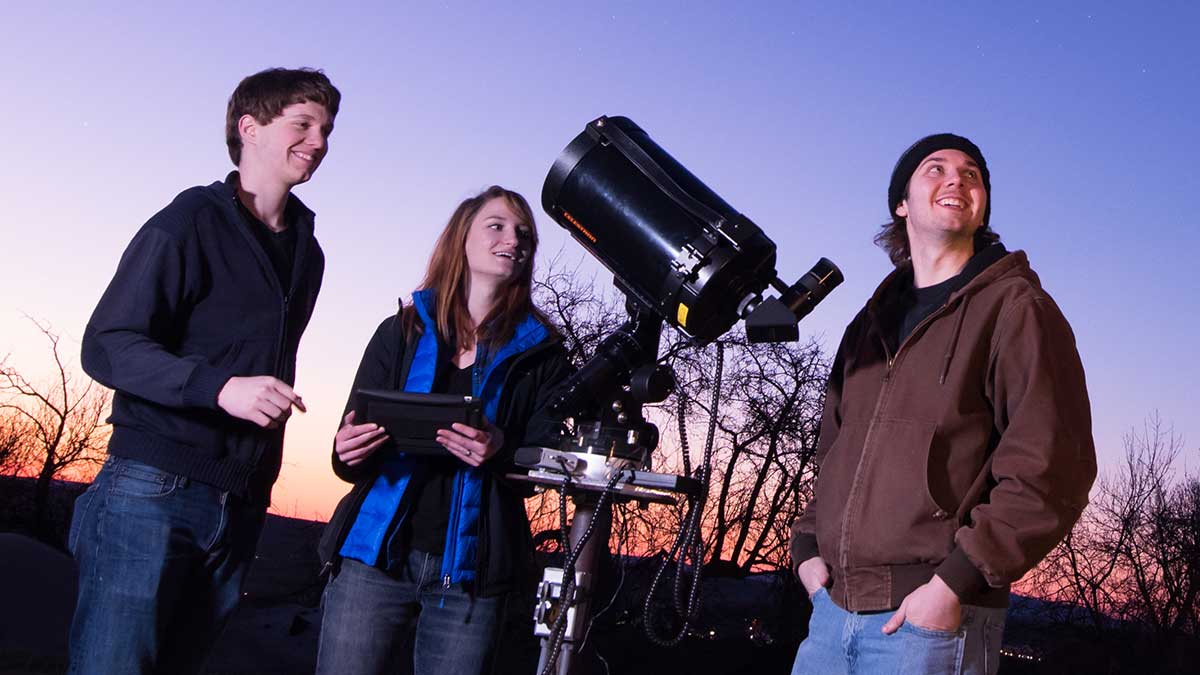 The rings are labeled with the letters A through G, in order of their discovery. All the rings are made of particles of frozen water, but they differ in their brightness, size, structure, mass and even the speed at which they orbit.

In his most recently published research paper, Hedman and Cornell scientist Phil Nicholson analyzed Cassini data to “weigh” the central parts of the B ring. They discovered that it contains less material than some researchers had expected based on how bright and opaque the B ring is.

"Appearances can be deceiving," Nicholson said in a NASA news release. "A good analogy is how a foggy meadow is much more opaque than a swimming pool, even though the pool is denser and contains a lot more water."

Hedman’s measurements should help Cassini researchers figure out how the ring can be so opaque with so little material and where the rings originated. But the research has implications beyond Saturn.

The rings and moons in the Saturn system are a bunch of objects orbiting around a central point. The disc of our solar system is the same thing — as are galaxies.

“It’s all Newton’s laws, with things running into each other,” Hedman says. “It turns out Newton’s laws can do a lot of complicated things when you have more than two objects.”

In other current projects, Hedman and his students examine unusual patterns and waves in the rings, probing Cassini images for enough data to begin explaining each quirk and surprise.

Brian Carter, a junior physics major from West Richland, Washington, studies a small section of the rings where the moon Prometheus, the F ring and an unnamed ringlet interact. The ringlet’s odd behavior caught his attention.

“We think it’s moving in a unique way from everything else around it, and we don’t know why,” Carter says.

Stephanie Graven, a sophomore physics major from Caldwell, searches Cassini data for a special type of wave in the rings. Saturn’s moons cause well-known waves, but other wave patterns reflect changes happening within the planet itself.

Chancia studies unexplained patterns in the innermost, faint D ring, which is composed of micron-sized particles particularly sensitive to events in and on Saturn. He tries to match up disturbances in the D ring with storms on the planet, variations in its internal structure or magnetic field, or other changes.

“You can use the rings as a seismograph,” Hedman says. “We can actually measure the frequency of oscillations in the planet by studying the structure in the rings. We keep finding things that aren’t in the models.”

A Complex and Rewarding Project

University of Idaho students, faculty and alumni in programs across campus shoot for the stars with NASA projects and partnerships.

The College of Education’s Silver Valley Upward Bound program focused on astronomy and included a visit to Space Camp in 2015.

A team of College of Art and Architecture students have studied sustainable design techniques at NASA’s Ames Sustainability Base research facility.

Hedman jokes that his job with Cassini is mostly “to turn beautiful pictures into boring charts.”

For all the romance of studying Saturn, it’s also hard work that involves enormous numbers and complex calculations. Every pixel from a Cassini image contains multiple pieces of information.

To sort through it all, Hedman and his students use computer programs written for the task of turning numbers into meaningful, analyzable patterns.

For Carter and Graven, this presented both a challenge and an opportunity when they joined Hedman’s lab. Neither had any experience with computer coding, but Hedman gradually introduced them to the coding language and programs.

“It’s been worth the work, getting to work with basically new data off a current-mission spacecraft,” Carter says.

Plus, the ability to code and handle huge amounts of data is valuable in areas outside of physics.

"I think learning these tools early is beneficial later in your science education and research," Chancia says.

Conducting research as undergraduates has also allowed Graven and Carter to work with an established scientist. The students praised Hedman’s patience, ability to explain intricate ideas and enthusiasm for his research.

“When I take something to him and I don’t know what it is, he’s like, ‘Me neither, but let’s look at it and let’s figure it out,’ ” Graven says.

Chancia, too, is happy to work with Hedman.

“I feel like the sky is kind of the limit with him,” he says. “I can do anything I’m capable of with his guidance.”

Though all three students are eager to explore areas of astronomy and physics beyond Saturn’s rings in the future, they’re in awe of the opportunity they have to work on the Cassini mission.

“What I’ve been struck by the most is how relevant and recent it all is,” Graven says. “This is happening right now.”

And, adds Chancia, “We’re looking at stuff that only a few people, if any, have looked at before.”

University of Idaho students, faculty and alumni in programs across campus shoot for the stars with NASA projects and partnerships.

The College of Education’s Silver Valley Upward Bound program focused on astronomy and included a visit to Space Camp in 2015.

A team of College of Art and Architecture students have studied sustainable design techniques at NASA’s Ames Sustainability Base research facility.