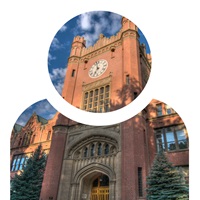 He received his bachelor's (1978) and master's (1980) degrees in Mechanical Engineering from Iowa State and his doctorate (1984) from the University of Wisconsin-Madison. During a 14-month sabbatical, he worked on the design team at John Deere that developed a 12.5 liter engine.

Van Gerpen has been researching the production and utilization of biodiesel for the past 17 years and his current projects include the design and construction of a biodiesel pilot plant and the development of a nation-wide biodiesel education program. He has published numerous technical papers on biodiesel production from low-cost and novel feedstocks.

Biodiesel is an alternative fuel for diesel engines that is produced by transesterifying vegetable oils and animals fats with methanol or ethanol to make monoesters. Van Gerpen has been investigating the production and utilization of biodiesel since 1992. His work includes projects to explore the effect of biodiesel on engines, property characterization, production quality control and production from novel and low-cost feedstocks. He has been engaged in educational efforts with biodiesel including acting as the project director for a USDA-funded National Biodiesel Education Program that is in its second five-year cycle of funding. In addition to biodiesel, He is interested in other biofuels such as cellulosic ethanol, hydrocarbons from lipids, and gasification.