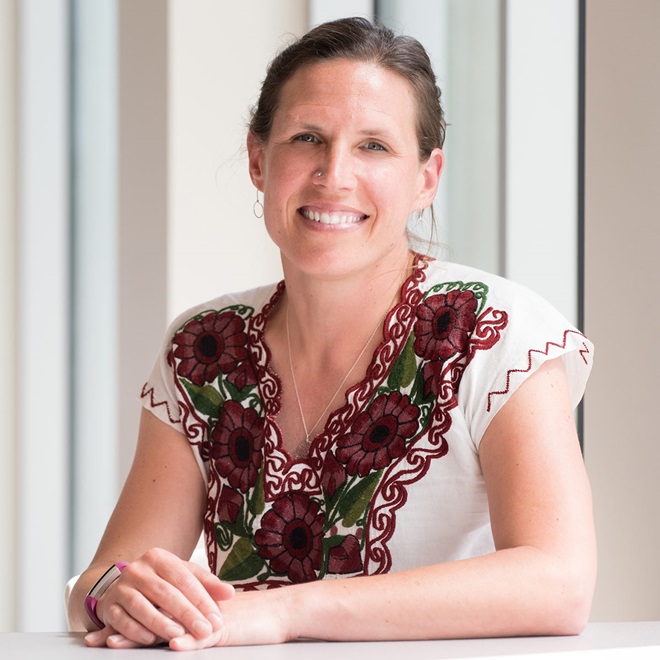 Vanessa Anthony-Stevens holds a PhD in Language, Reading and Culture from the University of Arizona. She is an Associate Professor of Social and Cultural Studies in the Department of Curriculum and Instruction at the University of Idaho. She the Principal Investigator of Indigenous Knowledge for Effective Education Program (IKEEP), a program to prepare and nurture Indigenous educators to lead in K-12 schools and tribal education. She served as the founding director of IKEEP from 2016-2021. Vanessa’s research is grounded in Critical Indigenous Research Methodologies (CIRM) and collaborative, action-oriented ethnographic methods. She explores intersections of identity, language, place, and coloniality in contexts of K-12 and higher education. She specializes in Indigenous educational sovereignty and tribal nation building in the Americas. Vanessa’s work has been funded by the U.S. Department of Education, the Spencer Foundation, and the National Science Foundation. She has published in journals such as the Journal of American Indian Education, Cultural Studies of Science Education, The Rural Educator, and the Journal of Teacher Education. She was awarded the Dr. Arthur Maxwell Taylor Excellence in Diversity Award for faculty in 2022.

Prior to joining the University of Idaho, Anthony-Stevens worked in youth education as an Americorps volunteer (Jacksonville, Florida, and Baltimore, Maryland, 1999-2001) and a Peace Corps volunteer (Paraguay, 2002-04). She worked alongside Indigenous communities and schools in Arizona teaching upper elementary and middle school grades (2004-10). While at the University of Arizona, she served as coordinator and co-Principal investigator of a professional development program for Indigenous elementary educators from diverse regions of Mexico (2010-14).

She is married to Dr. Philip J. Stevens and is the mother to two daughters who are proud members of the San Carlos Apache Tribe. Her family participates in many practices central to Apache culture. She is an avid sports fan and enjoys many team sports. She has been a member of intramural and collegiate sports teams at the University of Arizona and Marquette University. She is fluent in English and Spanish, has intermediate proficiency in Guarani, and emergent ability in Western Apache.