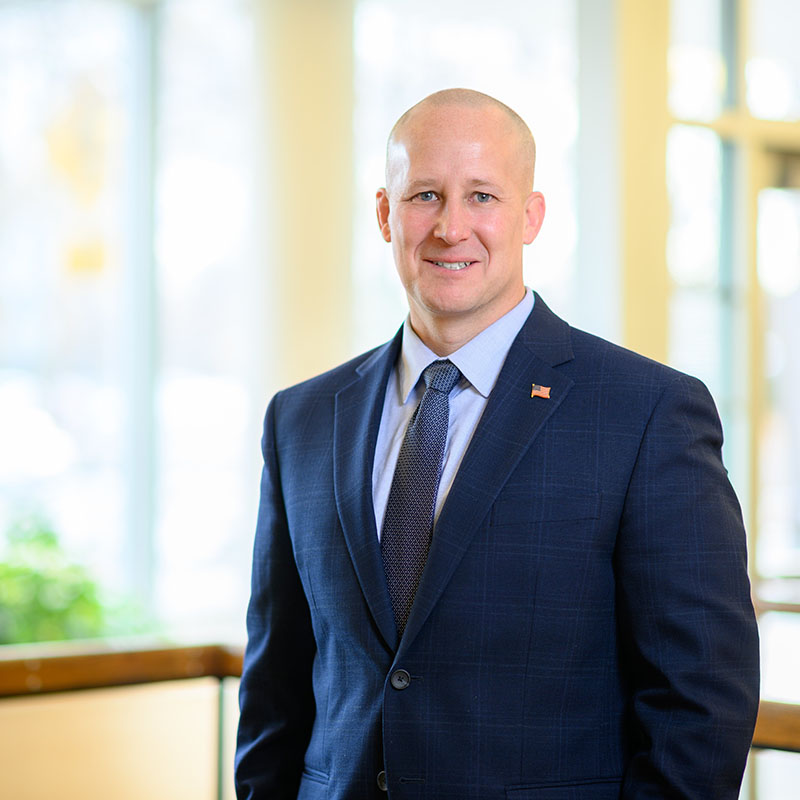 LTC (R) Matt Johnson grew up in Lewiston, ID and after graduating high school, he attended the United States Military Academy at West Point. After graduating, he was commissioned as a Second Lieutenant in the Army’s Field Artillery in 1997. He served in most tactical positions from the platoon to battalion level, and served on operational and strategic staffs at the Brigade and Corps levels. He also served as an Associate Professor of Military Science at Creighton University in Omaha, NE and as the Professor of Military Science at John Carroll University covering the greater Cleveland, OH area. Matt has deployed as part of Kosovo Force in 1999, Operation Iraqi Freedom in 2003 and 2008, and Operation Enduring Freedom in Afghanistan in 2012.

Matt’s education includes a B.S. from West Point, an M.A. (International Relations) from Creighton University, and an MBA from John Carroll University. His military education includes Air Assault, Airborne, and Ranger Schools, and is a graduate of the Command and General Staff College. His awards and decorations include the Bronze Star with 2 Oak Leaf Clusters, the Meritorious Service Medal with 4 Oak Leaf Clusters, the Army Commendation Medal with V (Valor) Device, and the Combat Action Badge. He is currently working on a Hospitality Certification from Washington State University.

In 2019, Matt left service after 22 years and settled with his family in Moscow, ID. He now serves as the Associate Director of Admissions at the University of Idaho, helping recruit young talent as Vandals. He is also part owner/manager of the Monarch Motel, a local boutique motel. His experience on campuses with ROTC and his desire to serve veterans’ interests, is why he serves on behalf of Operation Education. His overall desire is to match veterans to opportunities and build bridges between the university, community, business, and veterans. He enjoys these endeavors, and the great outdoors of the region, with his wife, Natalie, and their four young children.