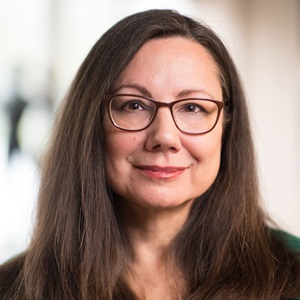 Ann Hoste is a professor of costume design. She received her Master of Arts in Theatre and Interpretation from Missouri State University and her Master of Fine Arts from The University of Texas-Austin. A long-time member of United Scenic Artists and the International Alliance of Theatrical Stage Employees, Ann has designed costumes for professional theatres across the country, including the Zachary Scott Theatre Center, Great Lakes Theatre Festival, Austin Shakespeare Company, St. Louis’ Muny First Stage, and Central Missouri Repertory.

Ann has contributed extensively to theatre arts in Idaho and is a two-time recipient of the Idaho Commission on the Arts Fellowship for excellence in the arts. She has designed costumes for Idaho Shakespeare Festival, Idaho Repertory Theatre, Boise Contemporary Theatre, Idaho Dance Theatre and Idaho Theatre for Youth. She also performed the role of Maria in “Uncle Vanya” for Idaho’s Company of Fools, directed “Master Class” for Opera Idaho, and directed Menotti’s “The Medium” for Boise State University’s Department of Music. Before joining the University of Idaho faculty, she designed costumes for sixty university theatre productions at BSU where she served as Professor of Theatre for nineteen years. She also directed over a dozen productions