No, That’s Not a Giant Hornet: U of I Entomologists Educate Community After False Sightings

MOSCOW, Idaho — A harmless, native insect known as the cicada killer wasp is being mistaken throughout Idaho as an international invader with a menacing reputation.

In most user-submitted reports for bug identification investigated by Thomas and Stokes, people confused the giant hornet with the cicada killer wasp – a large, solitary insect that resembles the giant hornet but is docile and beneficial, helping control pests and pollinate flowers. Cicada killer wasps have black abdomens with yellow bands and orange-tinted wings. They also have smaller heads and torsos than northern giant hornets.

The insect identification website has prevented many users from unnecessarily applying pesticide against harmless or beneficial insects, such as cicada killer wasp, Stokes said.

Northern giant hornets, which attack bee colonies, have not been found in Idaho to date. The insects — the world’s largest hornet species, discernable by their large jaws and dark, prominent eyes — made national headlines in May 2020 when they surfaced in northwest Washington. They have also been found in southwest Canada.

“Cicada killer wasps are bigger than the standard wasp and make a loud noise when flying around,” Thomas said. “People are afraid they’re going to get stung, but they’re not highly aggressive.”

Lately, the cicada killer wasp has been by far the most common insect submitted for identification. Stokes was also inundated with questions about cicada killer wasps mistaken for giant hornets at the recent Elmore County Fair. In response, he posted about the beneficial insect on the county’s 4-H Facebook page: “Their value in the ecosystem far outweighs the potential sting hazard.”

Female cicada killer wasps hunt cicadas, which they paralyze with their sting and bring back to their subterranean nests. They lay their eggs in cicadas to provide a food source for offspring. Idaho has species of cicadas that hatch annually, but the wasps also feed on stink bugs, grasshoppers and other large insects.

Northern giant hornets prefer cool, forested environments. They grow to about 2 inches long, roughly three-quarters of an inch bigger than cicada killer wasps. Northern giant hornets have gold bands and are most easily distinguished by their oversized heads and mandibles, which they use to attack and crush honeybees before feeding on bee larvae and pupae. 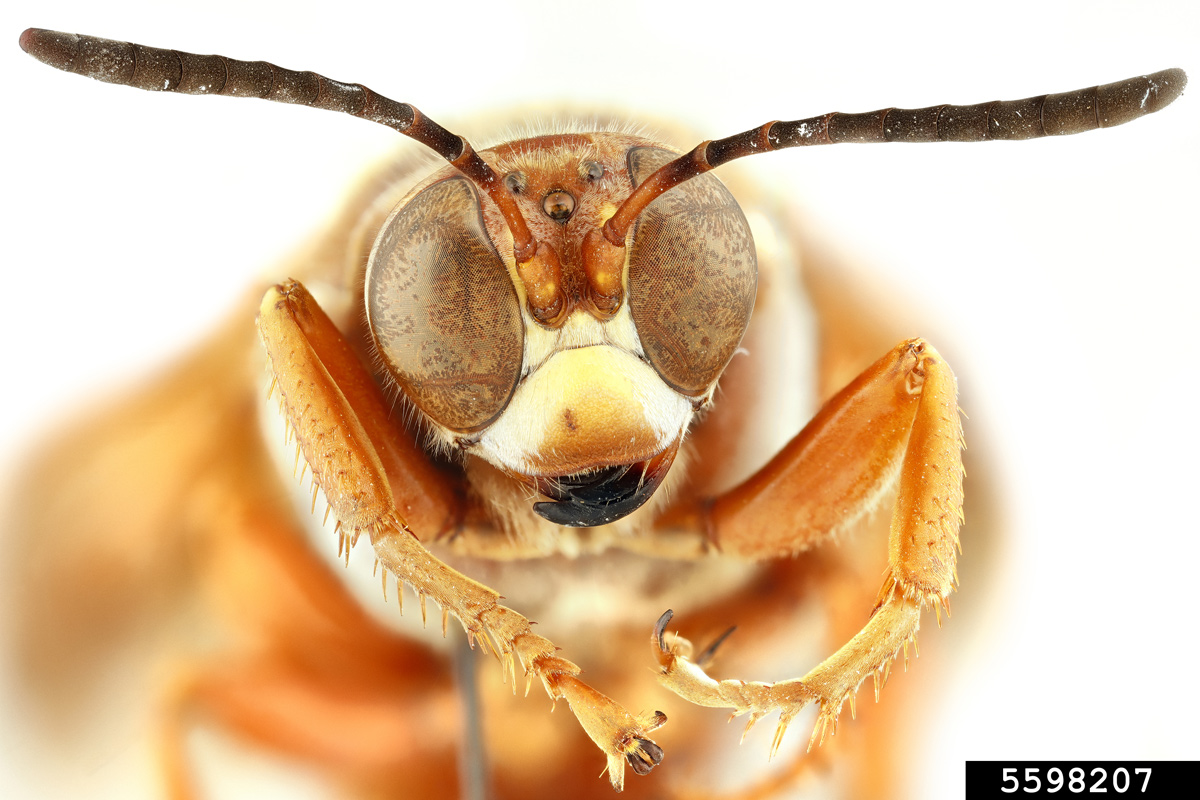