Editor’s note: The Wednesday night keynote featuring Prince Zeid Ra’ad Al Hussein of Jordan is being postponed for unforeseen personal reasons until spring 2023. A new date will be announced later.

MOSCOW, Idaho — Global and domestic diplomats, including the former president of Peru, an American three-star general and a former U.N. human rights leader, are slated to deliver presentations at University of Idaho’s 75th annual Borah Symposium.

The annual symposium — focused on the causes of war and the conditions for peace — unites world leaders, diplomats, scholars, practitioners and activists to discuss solutions to problems facing the global community. This year’s symposium focuses on the international protection of human rights in events Sept. 22, 27 and 28 in Moscow.

“We chose to honor the anniversary by highlighting the conditions that allow for peace,” said Dave Gottwald, assistant professor in the College of Art & Architecture and chair of the Borah Committee. “Without justice, there is no peace. But without human rights, there is no justice.”

The symposium, which is free and open to the public, will begin with a panel discussion titled “Coercive Labor in Nazi Germany and the Pacific Northwest, 1933-45” at 4 p.m. P.T. Sept. 22 at the Bruce M. Pitman Center Vandal Ballroom and via Zoom.

Former Peru President Francisco Rafael Sagasti will deliver the opening keynote address 7 p.m. Sept. 27 in the Pitman Center International Ballroom. Sagasti is an engineer, academic and author who served as the president of Peru from November 2020 to July 2021. He has also served as founder and executive director of the anti-poverty organization Grupo de Análisis para el Desarrollo; advisor to the Ministers of Industry, Foreign Affairs, and Education’ and advisor to the President of the Council of Ministers and the National Planning Institute. Bill L. Smith, Borah Foundation and Martin Institute director, will present “William Edgar Borah and the Outlawry of War Movement” at 12:30 p.m. Sept. 27 in the Pitman Center Vandal Ballroom and via Zoom. Online viewing links will be available at uidaho.edu/borah.

Three-Star Gen. Erik Peterson, a U of I alum, will deliver “War and Peace in the Twenty-Century” at 12:30 p.m. Sept. 28 in the Pitman Center International Ballroom. Peterson is deputy chief of staff G8 in the U.S. Army. He previously served as director of force development and commanding general of First Army Division West. Peterson will also hold a visiting session with high school students from across the Inland Northwest.

Prince Zeid Ra’ad Al Hussein of Jordan, former United Nations High Commissioner for Human Rights, was previously set to deliver the symposium’s closing keynote address at 7 p.m. Sept. 28 in the Pitman Center International Ballroom. The speech was postponed for unforeseen personal reasons until spring 2023. A new date will be announced later. Known for his outspoken criticism of fascism, religious radicalism and threats to civil liberties growing in countries around the world, Zeid is a powerful advocate for human rights and open societies. Zeid was sixth to serve in the U.N. post, from 2014 to 2018. He was also the first Arab and Muslim in the position.

“The Borah Symposium connects what is being learned in the classroom to real-world experiences. Hearing from world leaders and other highly accomplished people is an opportunity students don't want to miss,” said Olivia Niemi, a Borah Committee member and director of sustainability for the Associated Students University of Idaho.

The William Edgar Borah Outlawry of War Foundation is a separately endowed foundation at U of I established in 1929 to honor and continue the peace-making work of former U.S. Sen. William Borah, from Idaho. Supported by the U of I Martin Institute, the Borah Foundation was create to advance research and teaching about the causes of conflict and peaceful resolution. Borah Symposium program topics are chosen by a committee of U of I students and employees. Find speaker bios and additional symposium information online. 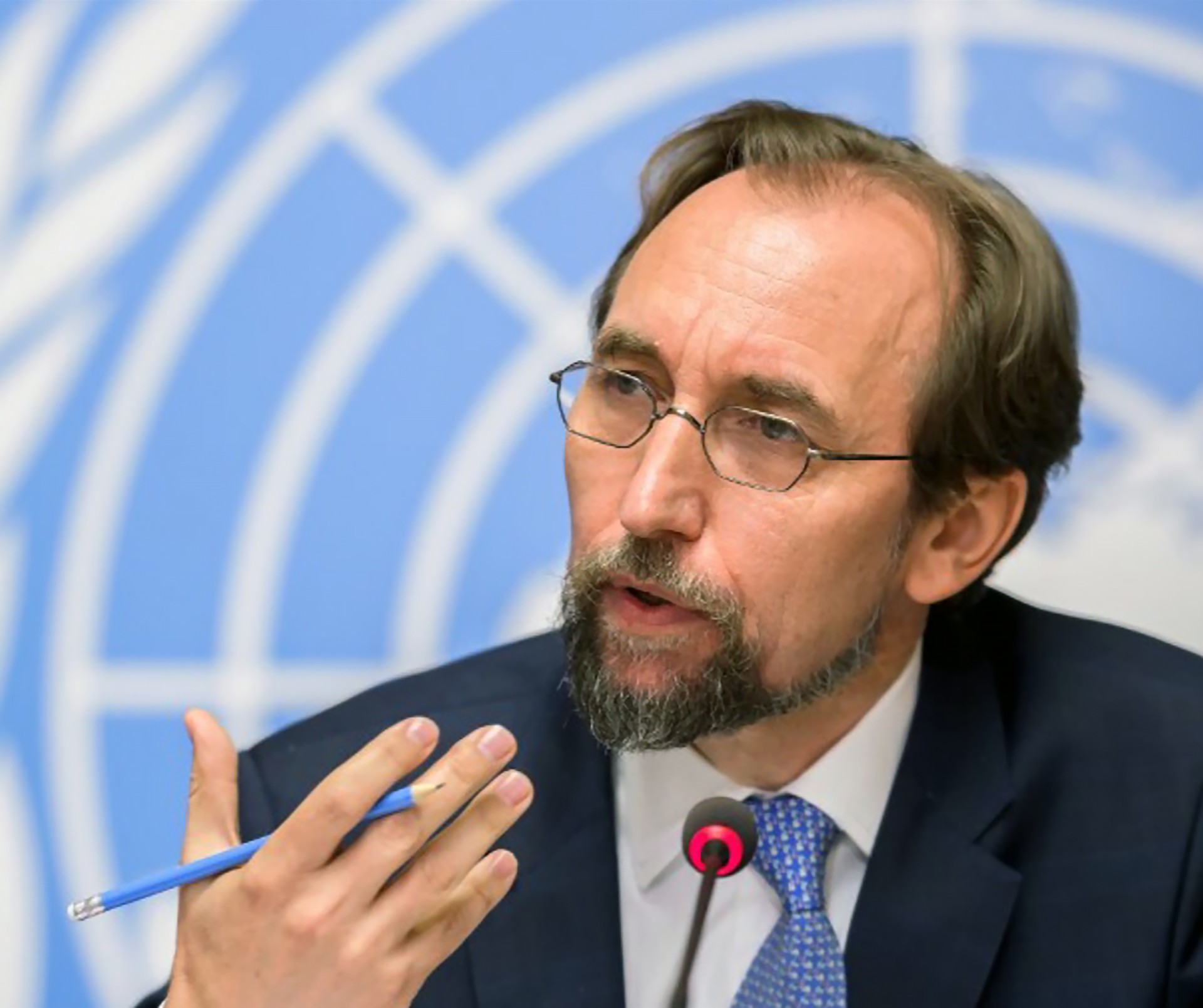