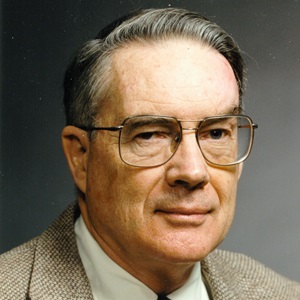 Donals McEligot — a thermal scientist at the Center for Advanced Energy Studies in Idaho Falls — is a visiting professor in the Nuclear Engineering Division at the University of Idaho, a professor emeritus of University of Arizona and a Nuclear Science (Directorate) Fellow at the Idaho National Laboratory. He has over three decades experience in development, use and guidance of experimental thermal science and computational thermal fluid physics. He is known for his pioneering experiments and numerical analyses on transport property variation in internal turbulent, laminar and laminarizing gas flows and discovery of laminarization by heating. He was the first to identify and predict properly low-Reynolds-number turbulent flow in tubes, to measure transition of mixtures of polymer solutions and to measure effects of heat transfer to low Prandtl number gas mixtures. He has been honored by receipt of the 2007 ASME Heat Transfer Memorial Award, their Heat Transfer Division 75th Anniversary Medal and the 2011 iNEER Leadership Award, an award as a Senior Fulbright Research Scholar to West Germany, selection to ASME Fellow, receipt of the Charles H. Jennings Memorial Award from the American Welding Society, naming as the 2002 Distinguished Scientist by the Idaho Academy of Science and 1996 JAERI Distinguished Foreign Scientist and promotion to Captain, USNR. The author of more than sixty archival publications, he has completed research projects at Imperial College of Science and Technology/London, Universität Karlsruhe, the Max Planck Institut für Strömungsforschung/Göttingen, Universität Stuttgart, Universität der Bundewehr München and U. Limerick. His recent studies include laminar-to-turbulent transition in duct entry regions, dissipation and entropy generation in turbulent, transitional and laminar flows, thermal fluid dynamics of prismatic gas-cooled reactors and heat transfer to supercritical-pressure fluids.