MOSCOW, Idaho — University of Idaho’s Sandpoint Organic Agriculture Center will offer the public a smorgasbord of heirloom apple varieties to sample, including favorites of the nation’s founding fathers and one variety so large that a single apple fills a pie.

Participants will get to sample slices of 30 to 40 varieties from several tables during a self-guided tour. Each person will receive a scoresheet to rank favorites. The center’s superintendent and orchards operations manager, Kyle Nagy, will compile the results and release a list of the top 10 most popular varieties.

The center will have apples of each variety in the tasting available to purchase.

“It’s just to get more people tasting these heritage varieties so it might inspire people to plant some of these in their backyard rather than the Honeycrisp or the Fuji,” Nagy said.

The center raises 68 apple varieties, eight pear varieties and eight types of other fruits. About 95% of them are heritage varieties.

Roxbury Russet, which was George Washington’s favorite apple and was used mostly in cider production, is considered the earliest American-bred apple variety. Spitzenburg, a firm and mildly sweet apple used in baking, was Thomas Jefferson’s personal favorite. The largest apple at the orchard, Alexander, originated in Ukraine in the late 1700s and is ideal for making apple sauce. All three of these heritage varieties will be available for sampling.

“There are also several apples with red and pink flesh inside,” Nagy said.

About 250 people attended the center’s first apple tasting event in 2019. Apple tasting was suspended during the COVID-19 pandemic and is returning this season. 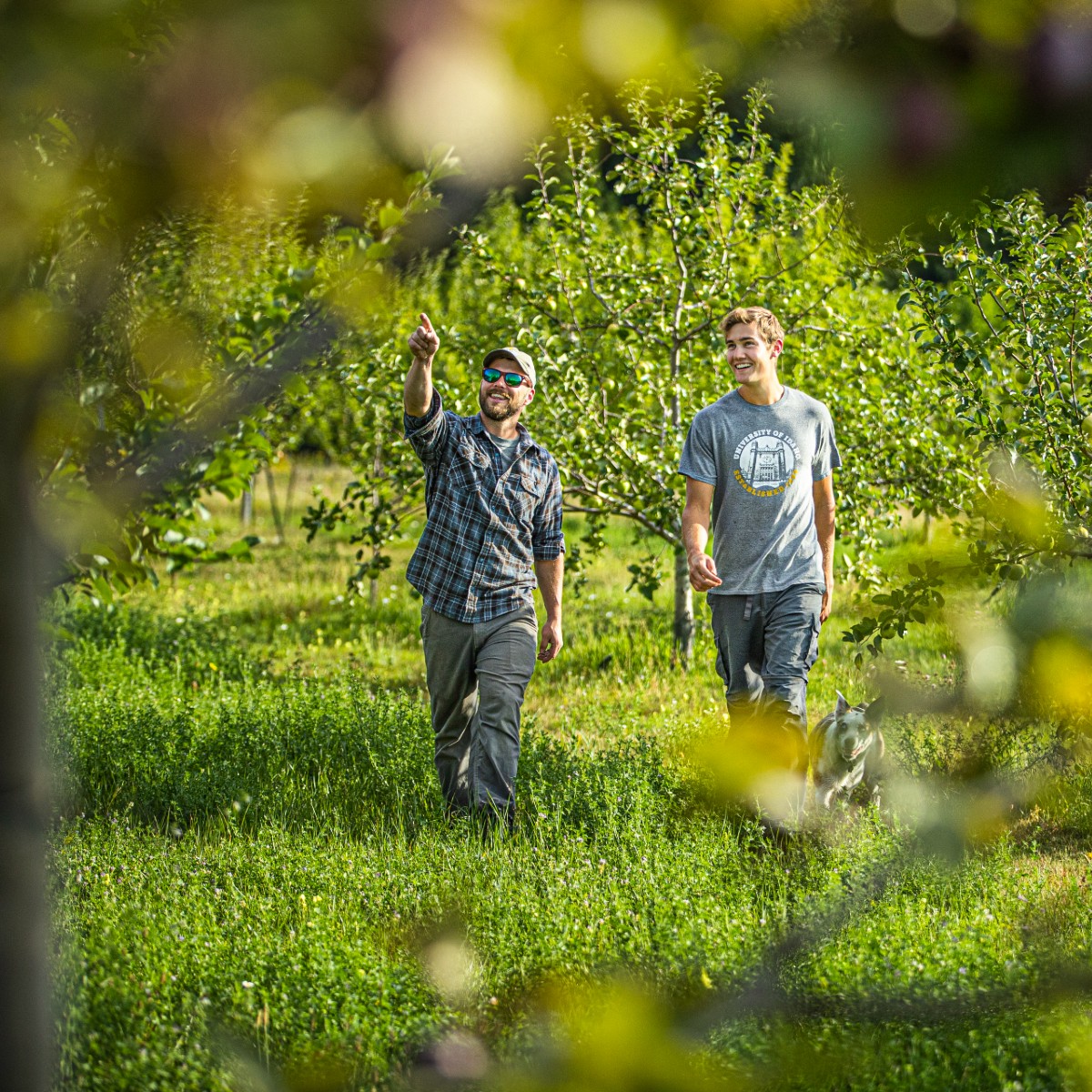