MOSCOW, Idaho — University of Idaho’s College of Agricultural and Life Sciences is set to receive up to $55 million — the largest award in the university’s history — to help Idaho farmers and ranchers combat climate change through agricultural practices.

The award, from the U.S. Department of Agriculture, is twice as large as any prior U of I grant. In addition to supporting research on building cropping systems that are more resilient to climate change, the five-year grant stimulates the state’s economy by paying more than half of the funds directly to Idaho agricultural producers.

“While this is a monumental achievement for our university, the big winners will be Idaho farmers and ranchers who are willing to try new approaches to producing food, with the goal of making their operations more sustainable and protecting the environment,” said Christopher Nomura, U of I’s vice president of research and economic development.

U of I’s grant will directly benefit more than 100 Idaho farmers and ranchers. Research will focus on the state’s staple commodities, such as potatoes, beef, sugar, wheat, barley, hops and chickpeas. The grant will drive climate-smart practices on about 10% of Idaho’s active cropland, preventing the emission of up to 100,000 tons of carbon dioxide per year into the atmosphere.

Food producers will be eligible for payments to try a host of climate-smart practices, such as raising crops primarily for soil health benefits, known as cover cropping, or reducing reliance on tillage, which helps soil hold carbon that would otherwise be released as carbon dioxide.

“It is our hope that the lessons we learn can help farmers across the reservation adapt their farming practices in a way that benefits their productivity while also benefitting the Tribe’s ability to protect the quality and health of its water and soil in the face of warming temperatures and increased probability of drought,” said Laura Laumatia, climate research and policy analyst with the Coeur d’Alene Tribe.

Jodi Johnson-Maynard, head of the U of I Department of Soil and Water Systems, leads the project with co-principal investigator, Sanford Eigenbrode, a distinguished professor in the Department of Entomology, Plant Pathology and Nematology.

“This project will allow us to pilot a program to reduce greenhouse gas emissions in a way that meets the market demands for sustainably produced products while benefiting our farmers,” Johnson-Maynard said.

“A lot of companies big and small see the handwriting on the wall — that the need for a climate-friendly pipeline is not going away, and if they’re staying competitive in the industry, they’ve got to get on board," Eigenbrode said.

Both Johnson-Maynard and Eigenbrode have led large-scale climate research grants, which brought in a combined $23.4 million.

“The principal investigators in this grant both have tremendous expertise in the areas of climate change and climate-smart agriculture and are now building on their previous successes,” said College of Agricultural and Life Sciences Dean Michael Parrella.

Additional partners in the U of I-led project all reside in Idaho and include the Idaho Association of Soil Conservation Districts, Salmon Safe, The Nature Conservancy Idaho Chapter Office, The Wave Foundation, Desert Mountain Grassfed Beef and Kooskooskie Fish, LLC.

Researchers with U of I’s College of Agricultural and Life Sciences are partners in two additional USDA Partnerships for Climate-Smart Commodities grants led by other institutions totaling over $75 million.

ASSETS AVAILABLE: The attached photo can be credited to University of Idaho Visual Productions. A suggested caption is: “A wheat field at University of Idaho's Parma Research and Extension Center.” Courtesy photos are available for download and use in an online gallery. Contact Kyle Pfannenstiel at kylecp@uidaho.edu or 208-329-8947 for assistance. 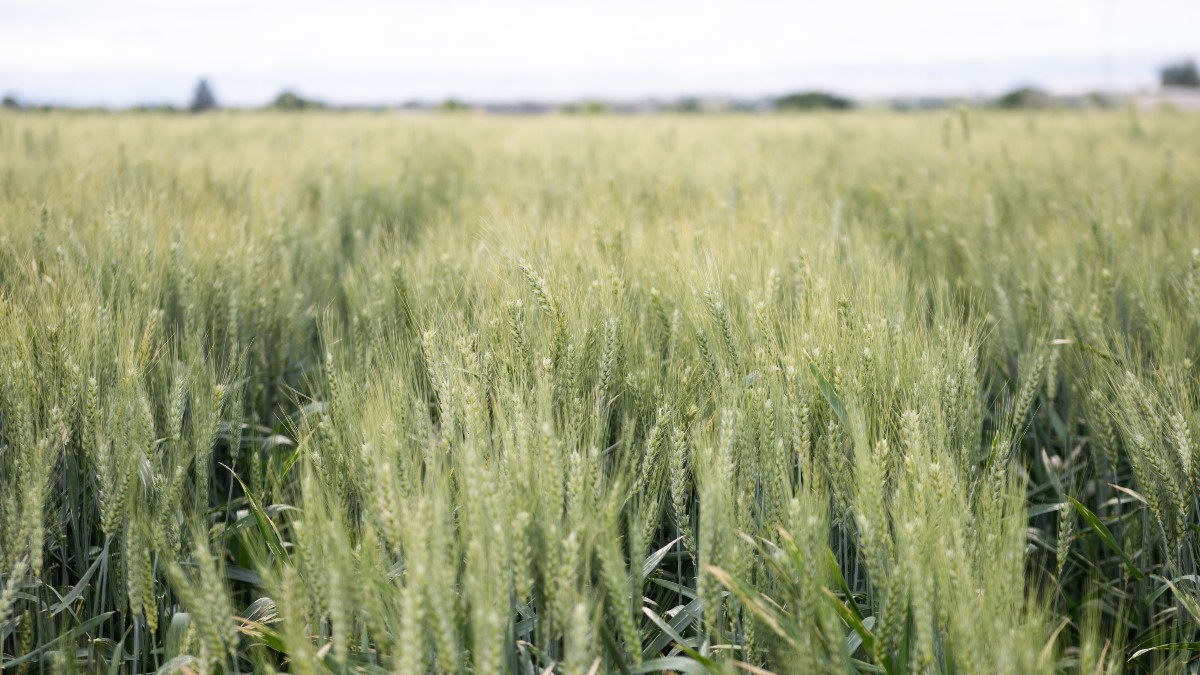