EXPO is Free & Open to the Public. Refer back to this website for schedule details. 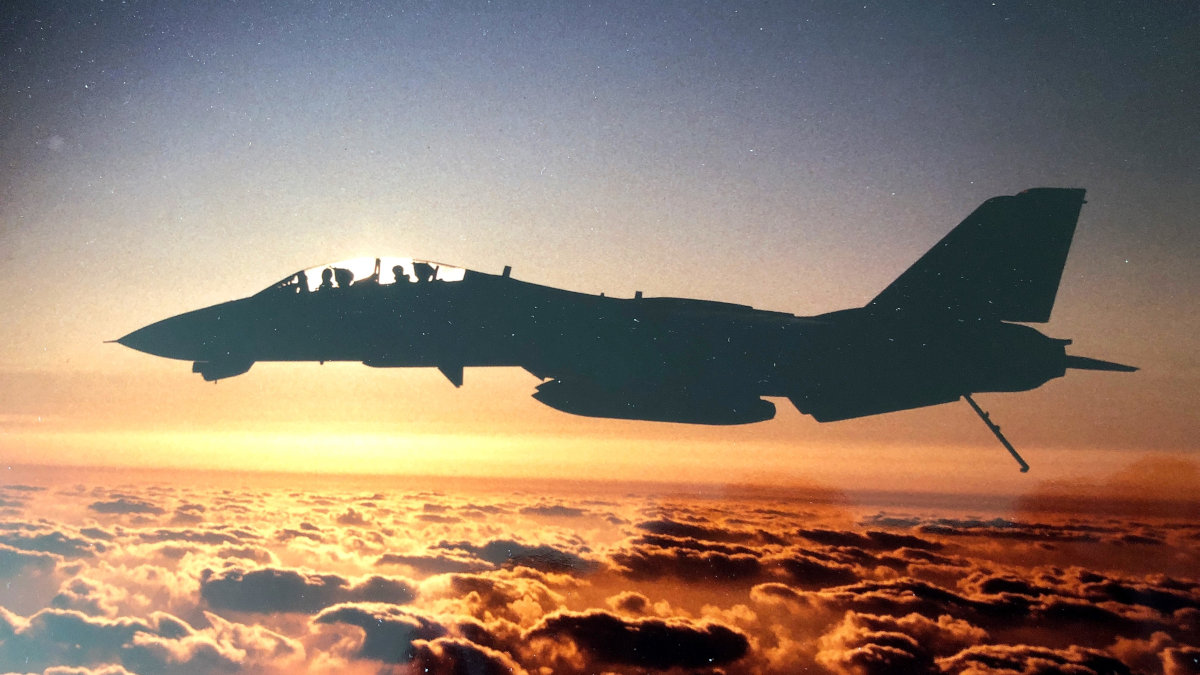 Mark waiting to land aboard the carrier at sunset 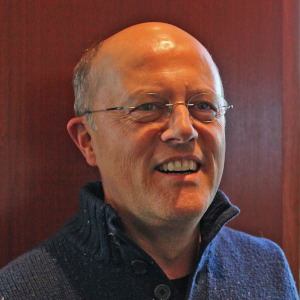 Graduating from the United States Naval Academy with an aerospace engineering degree, Bathrick spent 25 years in the Navy, and even attended the Navy Fighter Weapons School TOPGUN. He’s flown more than 40 different types of military and civilian aircraft, logging 3,700 hours of flight time along the way, and training at Britain’s famed Empire Test Pilots’ School.

“I still feel very lucky to get to be part of fun, cool things,” Bathrick said. “Nothing against lawyers or other professions, but engineers get to be part of something that stays, is physically tangible, and benefits many people.” Mark L. Bathrick, Office of Aviation Services Director, U.S. DOI

Bathrick is now director of the Office of Aviation Services (OAS) in the U.S. Department of the Interior (DOI) and manages the world’s largest non-military drone fleet.

The DOI is the U.S.’s largest land steward, overseeing 1 of every 5 acres in the nation, and is responsible for management and conservation. That’s a big responsibility, when you consider park management, wildfires, species control and other natural disasters. Thankfully, unmanned aircraft is making the job easier.

“Anybody can see what it’s like from up in the sky,” he said, “Get a drone, and you can see what before was limited to those who had invested significant time and money to become aircraft pilots. Drones have led to the democratization of the third dimension.”

Bathrick has overseen more than 19,000 drone flights for the DOI’s Unmanned Aircraft Systems (UAS) program. In May 2018, during the eruption of the Kilauea volcano on the Hawaiian Islands, after evacuations occurred, Bathrick’s team helped a lone resident escape a breached lava lake. The UAS program was used to spot embers flying over the fire line in Oregon in 2017, saving $50 million in power structure across the state. Drones are also used to track animals, keep an eye on flood conditions and more. 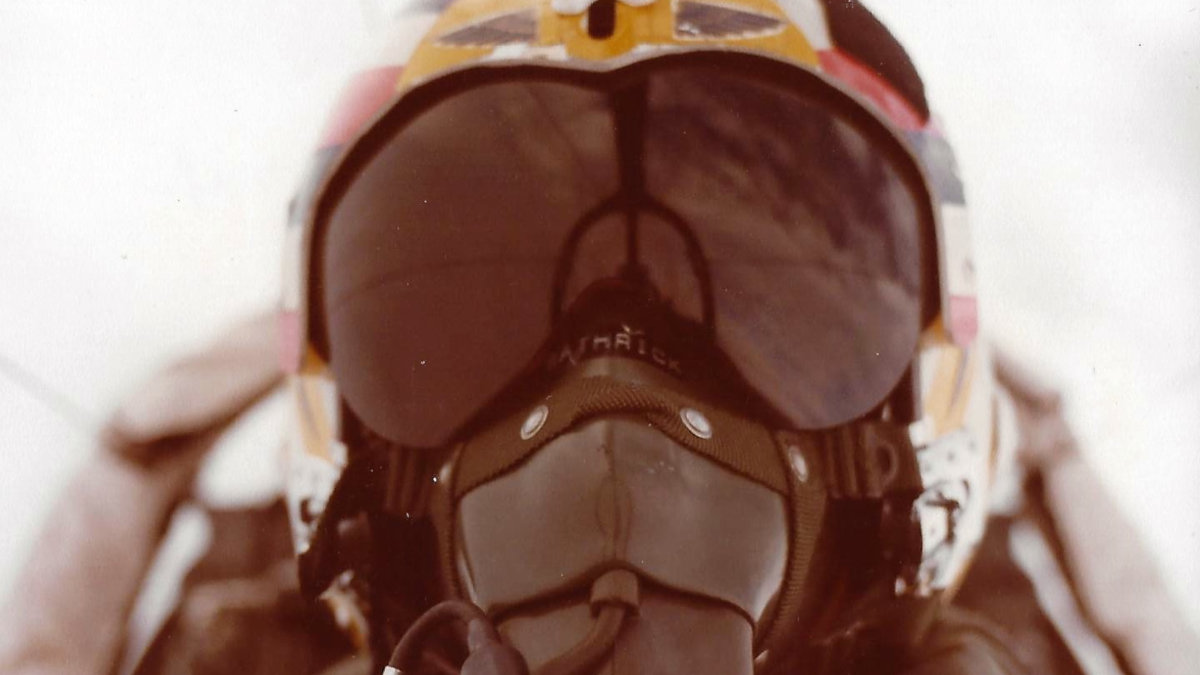 Alex Knoll, Ability App Developer
The Things We Can Do

13-year-old app developer, Alexander Knoll, will discuss his journey developing Ability App and talk about the things we can do, big and small, to make the world a more inclusive and accessible place.

Alexander Knoll is a 13-year-old app inventor, human rights advocate and international speaker from Post Falls, Idaho. Knoll has a big heart and has always been drawn to helping others.

Knoll has accomplished a great deal in his short life, thus far. At Age 8, he testified in front of the Idaho State Legislature Tax and Revenue Committee, on behalf of the school children of Idaho. At Age 10, he became the Regional and State Grand Champion of Invent Idaho (a statewide competition for young inventors) for his app invention that can help people with disabilities navigate public spaces and find safe, reliable services and employment called Ability App.

Knoll enjoys public speaking and has addressed thousands of people all around the world about Human Rights, equality, accessibility and inclusion for people with disabilities, kindness to others and the importance of STREAM education. Knoll enjoys speaking to people about the things they can do (big and small) to help make this world a better place for others.

Named “Entrepreneur of the Year” by Inc. Magazine and described by Newsweek as “the man responsible for more innovations in modern aviation than any living engineer,” Burt Rutan is a bold entrepreneur and designer with the vision and passion for the advancement of technology.

In 2004 Rutan made international headlines as the designer of SpaceShipOne, the world’s first privately-built manned spacecraft to reach space. Financed by Microsoft co-founder Paul Allen, SpaceShipOne won the $10 million Ansari X-Prize, the competition created to spur the development of affordable space tourism.

“Manned space flight is not only for governments to do,” says Rutan. “We proved it can be done by a small company operating with limited resources and a few dozen dedicated employees. The next 25 years will be a wild ride; one that history will note was done for everyone’s benefit.”

The exciting development and launch of SpaceShipOne was featured in two Peabody award-winning Discovery Channel documentaries (Black Sky: The Race for Space and Winning the X-Prize).

Inspired by the success of SpaceShipOne, Virgin Group founder Sir Richard Branson started Virgin Galactic and engaged SCALED Composites (the company Rutan founded in 1982) to develop and produce a line of commercial spaceships to fly the public (SpaceShipTwo). In 20 years, Rutan predicts, “space tourism will be a multibillion-dollar business.”

In 2012 Paul Allen announced Stratolaunch Systems with Rutan as a board member. SCALED Composites is now building what will be the world’s largest airplane to serve as the carrier ship for this revolutionary orbital space launch system.

Rutan designed the legendary Voyager, the first aircraft to circle the world non-stop, without refueling. He also developed the GM Ultralite, an all-composite 100 mpg show car for General Motors, and the Proteus “affordable U-2” aircraft. His Virgin Atlantic GlobalFlyer broke the Voyager’s record time, becoming the first non-stop, solo flight around the world.

The success of SCALED Composites owes itself to Rutan’s philosophy that the best ideas come from the collaborative efforts of small, closely-knit project teams and an environment unlimited by adversity to risk. According to Aviation Week, Rutan is “a capable manager who has been able to attract technicians, pilots and workers who revel in the entrepreneurial and creative spirit existing at SCALED Composites.”

Winner of the Presidential Citizen’s Medal, the Charles A. Lindbergh Award, two Collier Trophies and included on Time Magazine’s “100 most influential people in the world,” Rutan is the founder of SCALED Composites, the most aggressive aerospace research company in the world. Based in Mojave, CA, his company has developed and tested a variety of groundbreaking projects, from military aircraft to executive jets, showcasing some of the most innovative and energy-efficient designs ever flown (Overview Video).

Transforming The Nation's Approach To The Protection Of Critical Infrastructure

Brent Stacey is a strategic advisor for Idaho National Laboratory’s (INL) National and Homeland Security (N&HS) mission. INL’s N&HS is a major center for national security technology development and demonstration, employing over 550 scientists and engineers across $300M in programs. Previously, Stacey served as the Associate Laboratory Director for N&HS. In this role, Stacey has been called upon to provide congressional testimony on the significant cybersecurity challenges facing the Nation’s critical infrastructure. He has addressed Senate and House Subcommittees and the Senate Select Committee on Intelligence regarding efforts to mitigate cyber threats to our nation.

Stacey has over 30 years of experience in information technology and security in electric utility and related government markets.

He has served as CEO, president, vice-president and CIO for small- to mid-sized domestic and international companies.

Just prior to joining the INL as part of the new Battelle contract, Stacey served as CIO for Argonne National Laboratory for three years.

Stacey was recognized as Idaho's Information Technology Executive of the Year in 2002 for his leadership. He was a founder of SRV.net, one of the first Internet service providers in the Pacific Northwest and was the first president and chief executive officer of the Idaho Regional Optical Network, a nonprofit organization chartered to advance science, research, education, health care and state government through access to very high-speed and cost-effective bandwidth. Stacey was recently inducted into the CIO Hall of Fame and recognized as a Premier 100 IT leader in 2012.

Tom Mueller’s story of how his interest in science led him to become an engineer and pursue a career in rocket engine development. Through his activities in professional and amateur rocket engine development he met Elon Musk, and helped found SpaceX as the Vice President of Propulsion. Tom’s talk will also include insights into what SpaceX is doing now and future plans.

Tom Mueller, Propulsion Chief Technology officer at SpaceX, has more than 26 years of propulsion development experience and is one of the world's foremost rocket engine designers. As one of SpaceX’s founding members, he is responsible for building and managing SpaceX’s propulsion development group which develops propulsion systems and engines for both the Falcon launch vehicles and the Dragon spacecraft. Prior to joining SpaceX, Tom spent 15 years at TRW where he managed the Propulsion and Combustion Products department. Tom was responsible for liquid rocket engine development activities and served as a lead engineer for development of the TR-106 LOX/hydrogen engine that developed 650,000 pound of thrust.

While at SpaceX, Tom has led development of the Merlin rocket engine, the highest-performing US-made hydrocarbon engine ever developed and the first American hydrocarbon booster engine built in 40 years. More recently, Tom has focused on development and flight operations of the Merlin 1D engine, a 170,000 pound thrust engine that improves the performance and reliability of the engines for Falcon 9, and has the highest thrust to weight ratio of any flight qualified booster engine. Tom is also currently involved in development of new propulsion systems, including the next generation Raptor engine and Mars systems to further improve the reliability and reduce the cost of access to space, and eventually enable human life to be interplanetary.

Tom has a Master of Science in mechanical engineering from Loyola Marymount University and a Bachelor of Science in mechanical engineering from the University of Idaho. He has received many awards, including an Honorary Doctorate degree from LMU, and the TRW Chairman's Award, the company's most prestigious award for technical achievement. He holds several US patents in propulsion technology.