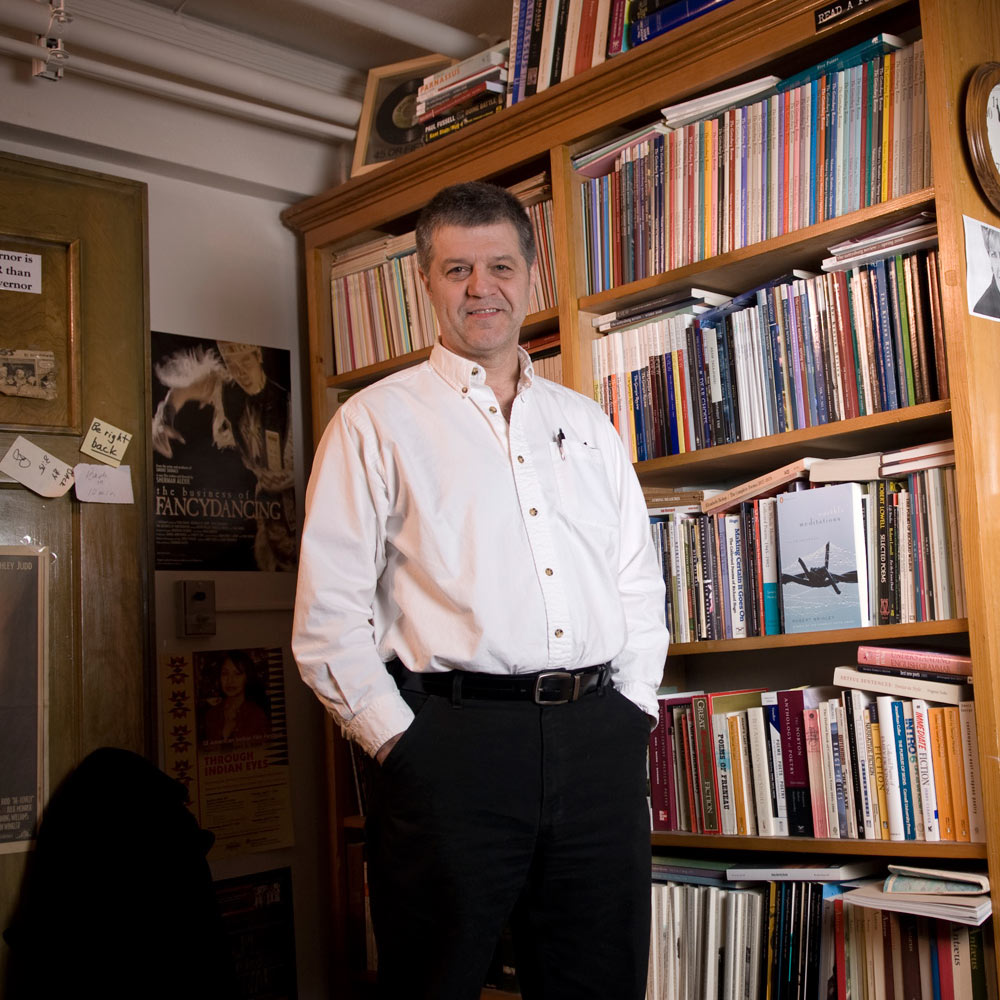 Robert Wrigley has published ten books of poems, the most recent of which are "Anatomy of Melancholy & Other Poems;" and in the United Kingdom, "The Church of Omnivorous Light: Selected Poems." His work has appeared in The New Yorker, The Atlantic Monthly, Poetry, and many other literary journals; his poems have reprinted three times in the "Best American Poetry" anthology, once in "The Best of the Best American Poetry," six times in the annual Pushcart Prize anthology, as well as in the "Oxford Book of Twentieth Century Poetry," among a host of other collections. His books have received the Kingsley Tufts Award, The Poet’s Prize, The San Francisco Poetry Center Book Award, and the Pacific Northwest Booksellers Award. He has received fellowships from the John Simon Guggenheim Memorial Foundation, the National Endowment for the Arts, the Rockefeller Foundation, the Bogliasco Foundation, and the Idaho Commission on the Arts. He served as the state of Idaho’s Writer-in-Residence from 1986-1988. He is a Distinguished University Professor of English.