The University of Idaho recognizes these individuals for their personal contributions to engineering achievement, leadership, engineering education, and service to the profession and society.

We salute engineering leaders for their lifetime commitment to advancing the quality of life through achievement, high ethical standards, innovation and commitment. 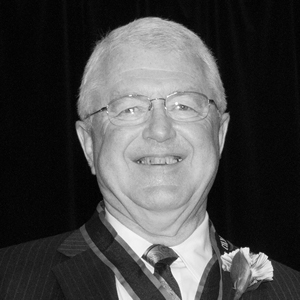 Harry Cougher’s career was solidly based in the Silver Valley of Northern Idaho. During his career he held a variety of senior positions with the following companies; 17 years with The Bunker Hill Company, 17 years with the Sunshine Mining Company, and six years with the Coeur d’Alene Mines Corporation. As VP of operations for Coeur d’Alene, he was instrumental in the building of the Kensington Mine, in Juneau. Additionally, Cougher held the position of executive director of Central Mine Rescue for nearly half his career. He was a very young VP, and excelled at both technical aspects and operational aspects of mining, which is sometimes a rarity. Cougher is widely regarded by his peers as a “miner’s miner” and one of the best operators in the country. After spending 40 years in various Silver Valley mine shafts, Harry Franklin Cougher won the prestigious William Lawrence Saunders Gold Medal Award in 2010.

As one of the heroes of the Sunshine Mine Fire of 1972 he participated in several reconnaissance missions, remaining active in the search and rescue operation for 13 days until the last victims were recovered. His actions during the disaster later earned the man the “State of Idaho Certificate of Commendation” in 1972. In 1977 Cougher became Bunker Hill’s Manager of Mining in the Coeur d’Alene mining district.

Cougher left the Silver Valley in 1983 for the dry semi-deserts of Amarillo, Texas where he found employment as the vice president of operations for Pioneer Nuclear. After a year he returned to the Silver Valley as the mine manager for the Sunshine Mining Company.

In November 2001, after his second 17-year stint, he changed companies again, accepting a position with Coeur d’Alene Mines Company as the manager of the Galena, Coeur and Caladay mines.

When Coeur d’Alene sold its Silver Valley Mining Operations in May, 2006 Cougher finally hung up his miner’s hat and retired from the valley. 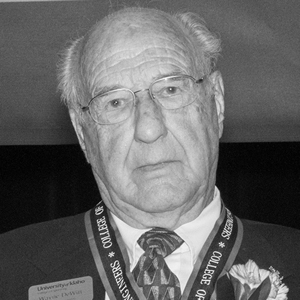 Shortly after receiving his degree from the University of Idaho, Wayne DeWitt joined the Marine Corp. His initial training was at Quantico, Va., where he received his commission as a second lieutenant in the fall of 1953. After further training at Quantico, Va., he was sent to Japan and Korea for a year.

DeWitt accepted an offer from Allis Chalmers in Milwaukee, Wis. The job offered a two year training program for engineers where he worked in several departments. In the hydraulic turbine department, DeWitt and a company lead man erected the first Kaplan type turbine on the erection floor, before shipment to the Dallas Dam.

Next, DeWitt accepted a job with Willamette Western in Portland, Ore., where he entered into foundation work which was his lifetime support system. He left eight years later as a vice president of the Foundation Division having opened and managed offices in Portland, Seattle, San Francisco and Los Angeles.

DeWitt obtained his first Patent with Willamette Western Co. through a bid project from the state of Oregon. He had the shop build a rather simple tool to extract the hundreds of berthing wood piles that required no men to attach or release the extracted pile and sent the tool out to the job. The foreman called after a couple of hours and said “Wayne you had better patent this”. Over several years, Vulcan Iron Works, Nashville, paid DeWitt royalties for this patent.

DeWitt joined a local bridge construction company and his contributions were knowledge, contacts, good reputation and respect of the general contractors. The bridge company contracted in the Oregon and Washington areas and had a small amount of foundation equipment. After eighteen months in business together, DeWitt purchased it and changed the name of the company to DeWitt Construction.

DeWitt obtained several patents prior to the award of the Driven Grout Patent. The patent for Auger Cast Pile (owned by Intrusion Prepac Company) expired, so he installed Auger Cast Pile. He believed there was a better way, so he created the Driven Grout Pile. It is now universally accepted and specified by engineers in the Portland and Seattle markets. It is much less costly, carries more load and materials are immediately available. 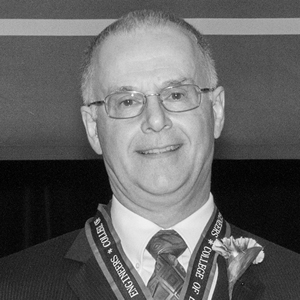 May immediately joined Wagstaff Machine Works (later renamed to Wagstaff Engineering, Inc. and again renamed to Wagstaff, Inc.), a small manufacturing company of 35 employees that was just beginning to make an impact in the aluminum industry with the direct chill casting equipment that they were designing and manufacturing. The company has had a commendable growth pattern since that time and now has approximately 350 employees worldwide and has provided casting equipment for aluminum plants in 55 foreign countries as well as the entire aluminum industry in the United States. Currently the company employs approximately 50 graduate engineers with about a quarter of them U of I graduates. See Wagstaff’s website at wagstaff.com for further details.

May started as a design engineer for Wagstaff and shared sales duties as well. During the period from 1969 to 1990, he served in the positions of chief engineer, sales manager and then 12 years as plant manager. In 1990, he left Wagstaff to become the operations manager of MacKay Manufacturing Inc. in the Spokane Valley. The company went through extensive growth in the years that May was there.

In 2002, May rejoined Wagstaff as vice president of manufacturing operations. He later served as chief operating officer and his last four and a half years as chief executive officer. With his management and leadership skills he redirected the corporate leadership which had become disoriented prior to his return. May retired from Wagstaff in July, 2011. 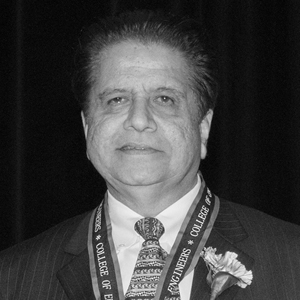 Satish Pamidi was born in Tumkur, India and raised in Mysore, India. His father was an accounts officer for Indian Railways, while his mother was a homemaker who raised their five sons and three daughters. As a teenager, Pamidi had ambitions of moving to the United States to attend graduate school. After completing his undergraduate studies in India, he became the first person in his family to move to the United States.

After graduating from U of I, Pamidi worked for several engineering firms in Chicago where he was responsible for designing electrical systems for a number of prominent buildings and hospitals throughout the Midwest. In 1979, he moved to San Francisco to join Skidmore, Owings & Merrill, a world renowned architectural and engineering firm. He took on the responsibility of designing electrical systems for a number of high-rise structures throughout the world including Russia, Indonesia, and Singapore. During this time, he earned a Certificate of Business Management from the University of California, Berkeley. In 1986, he became an associate partner at Skidmore, Owings & Merrill, heading the firm’s West Coast Electrical and Mechanical division.

Pamidi and his wife Uma reside in Danville, California. Uma has been a pre-school teacher for over 20 years. Their son, and only child, Shaam is a marketing executive in San Francisco. 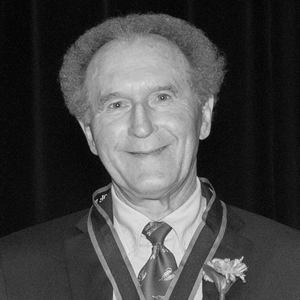 Lyle Parks’ career started as a research engineer for American Potato Co. (now Basic American Foods, Inc.) in Blackfoot, Idaho. The work involved developing dehydrated product ideas and processes associated with the product ideas. He was involved in all areas of technical and production activities with a close interface with the marketing and sales organizations. During his early research and development tenure, Parks developed and /or patented the three most successful dehydrated potato products in use in the retail and food service markets from the late 1960’s till his retirement in 1997.

In 1979, Parks became vice president of engineering and directed the company’s design engineering, process engineering, and environmental activities. In 1986, he became vice president of Research and Development. His responsibility was to direct all the new product/process activities of Basic American Foods, including concept development, product and process development, pilot plant operations, and patent/ technology protection.

As a vice president, Parks was a member of BAF’s executive committee. He was a long time member of the Institute of Food Technologists.

Parks and his wife Sharon contributed regularly to education at the University of Idaho during his career at Basic American Foods. Upon retirement, the Parks ‘ donated appreciated stock to U of I in the form of a “charitable remainder trust”. The Parks’ designated that upon their death, the income from the trust would be used for scholarship(s) for Kendrick High School graduates and funding for the Engineering and Agriculture and Life Sciences Colleges at U of I. Parks felt this was a very appropriate to gift the two institutions that so adequately prepared him for his career. 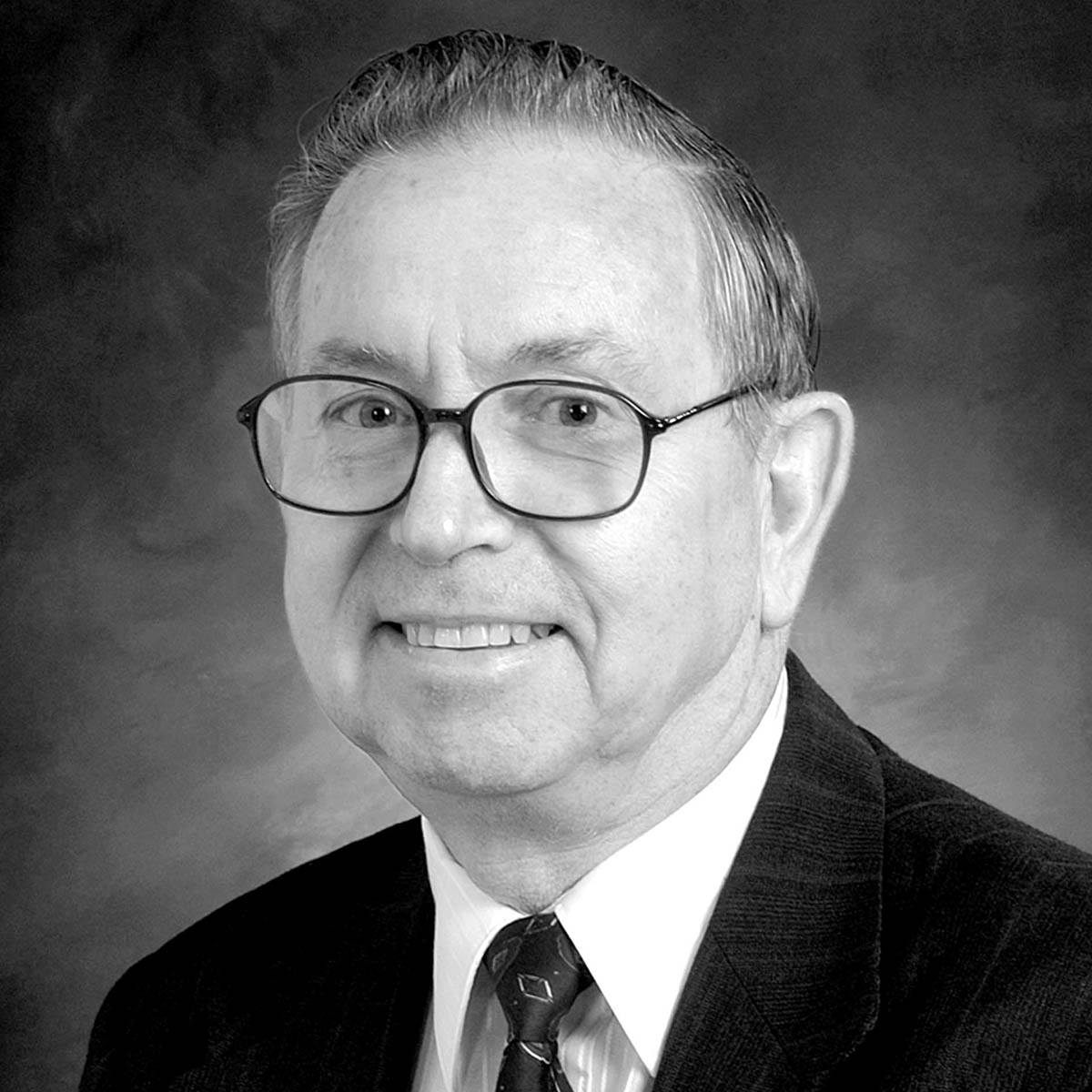 Charles Peterson was a professor, interim department chair for Biological and Agricultural Engineering, and interim dean at the University of Idaho. He began researching vegetable oil for diesel fuel in 1979. Now, Peterson is recognized worldwide as the pioneer in biodiesel research. Peterson’s work in developing biodiesel as an alternative fuel earned him and the University of Idaho the 2002 Innovator Award, which was presented on August 27, 2002 in Boise. He has collaborated with over 49 coauthors from 1965-2006 and currently has 18 publications.

Some of Peterson's major accomplishments include teaching awards, research accomplishments in harvesting and storage of sugar beets and potatoes; equipment for erosion control in the Palouse; equipment for precision agriculture; often considered a pioneer in biodiesel (vegetable alternative to diesel fuel) research and development in the US. He is a registered Professional Engineer, American Society of Agricultural and Biological Engineers Fellow; two patents. Significant Recognitions Include: Phi Kappa Phi, Distinguished Faculty Award, 1997; Idaho Business Review Innovator of the Year Award, 2002; Idaho Society of Professional Engineers Excellence in Engineering Education Award, 2006.

Peterson enjoyed living in Moscow and says it is a good place to raise a family. Working at the University of Idaho was a stimulating experience for him. He enjoyed the students and the many faculty and staff that had come and gone over the years. 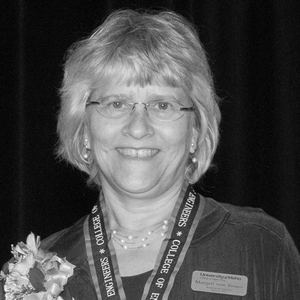 TerraGraphics has evaluated properties ranging from a small parcel of farmland to a Superfund site covering 21 square miles. Our work has taken us throughout the United States and into Canada, Russia, and Australia. TerraGraphics’ familiarity with this region of the country, however, as well our vast network of information sources, enables us to put together teams to tackle complex environmental projects with an emphasis on meeting requirements unique to the northwest.

The planet’s environmental challenges are global but solutions to some of the most urgent issues depend on a small group of dedicated individuals and organizations. The Green Star Awards, launched by the United Nations and Green Cross International, shines a light on the often heroic efforts being taken in one of the most difficult and sometimes dangerous realms: the interface of environment and disasters. The second annual Green Star award ceremony was held in Bern, Switzerland, recognizing six outstanding environmental emergency leaders selected by an international panel of judges. The Blacksmith Institute, TerraGraphics and the Dutch arm of Doctors Without Borders got their Green Star for efforts to resolve a largely ignored crisis killing children in northern Nigeria. Here, many residents are forced to survive through unsafe forms of artisanal mining. The by-products of their labors contaminate food, water, and in some villages, are wiping out a generation of children. These three organizations are working to treat the cases of acute poisoning, make livelihoods safer and villages cleaner to stem the wave of sickness and death plaguing the region.