U of I Study: Limited Angling Overlap with Wild Steelhead on Clearwater River

MOSCOW, Idaho — Sept. 27, 2019 — Anglers on the Clearwater River have minimal overlap with wild steelhead when fishing, according to a study led by University of Idaho researchers.

Wild steelhead are listed as threatened in Idaho under the Endangered Species Act and they can only be caught and released. Hatchery steelhead, however, can be harvested and are easily identified by a clipped adipose fin – the small fin found on the fish’s back near the tail.

For the study published recently in the North American Journal of Fish Management, researchers tracked both types of fish and anglers to see where they interacted on the river.

“The big question was how are wild and hatchery fish using the Clearwater River system,” said Stacey Feeken, a former U of I graduate student and lead author on the study. “We found that the hatchery and wild steelhead are not in the same areas throughout most of the season, and anglers overlap more with the hatchery fish than wild steelhead.”

From September 2016 to June 2018, the researchers tagged nearly 300 steelhead and tracked them using radio telemetry during two spawning runs. The steelhead were tracked upon entering the Clearwater River using mobile surveys by boat and truck as well as with 12 stationary antennas. At the same time, officials from the Idaho Department of Fish and Game, a partner in the study, conducted “creel” or on-site surveys of the anglers to count their numbers and see where they were located along the river.

U of I Associate Professor Michael Quist in the College of Natural Resources, assistant leader of the Idaho Cooperative Fish and Wildlife Research Unit and an author on the paper, said the study was needed to help inform management decisions for the Clearwater River system.

“The Clearwater River is a destination for people from around the world to catch these steelhead. They're really well-known – mostly because they get big,” Quist said. “What this study means for management purposes is that the influence of anglers on wild steelhead is likely pretty low, partly because they’re not overlapping in terms of distribution.”

Sara Zaske
Marketing and Communications Manager
U of I College of Natural Resources
208-885-2737
saraz@uidaho.edu 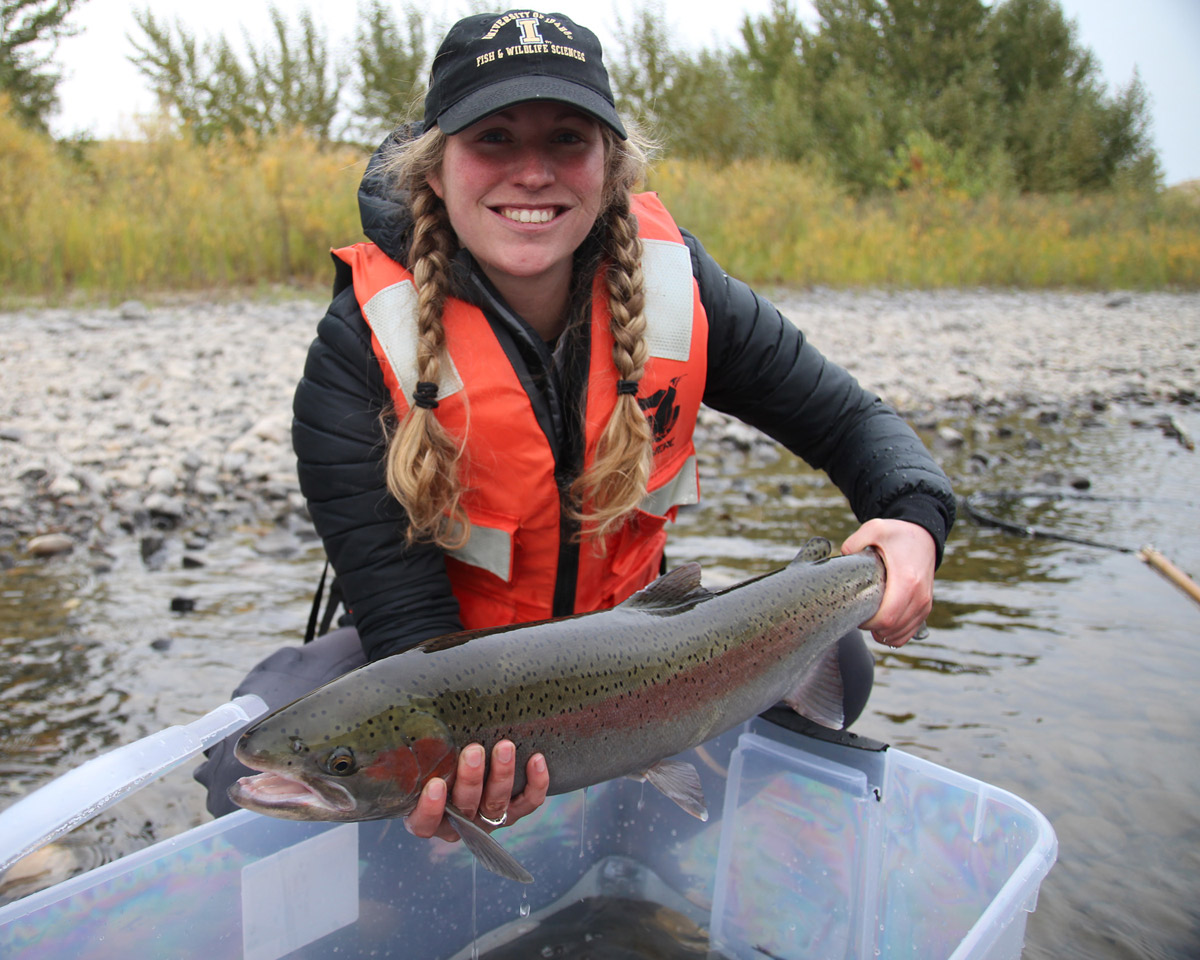