MOSCOW, Idaho — June 27, 2019 — The amount of area burned across Africa declined by 18.5 percent between 2002 and 2016, according to a University of Idaho study, and this reduction was likely driven by an increase in plant-available moisture and not solely changes in human behavior, as previous studies have found.

The study was published today, June 27, in the journal Geophysical Research Letters.

Africa is the most fire-prone continent in the world, with more than half of the globe’s burned area and fire-related greenhouse gas emissions. However, over the past 15 years, satellite observations indicate Africa is leading trends that show a decrease in the amount of burned area worldwide.

“In past studies, people have assumed that humans drive trends in fire activity in Africa. But, when you think about the main drivers of fire, you usually think of climate. Up until now, researchers haven’t found strong connections between fire and climate in Africa,” said Maria Zubkova, a U of I doctoral student in the College of Natural Resources and lead author of the study. “We wanted to understand the relationship between fire, climate, vegetation and humans in Africa.”

Using satellite and climate data, the researchers analyzed changes in fire activity in Africa and investigated the impact climate and human factors had on fire trends.

The team found the size of burned area in Africa averaged approximately 1 million square miles a year, roughly four times the size of Texas, from 2002-16. However, the size of the burned area declined by 18.5 percent across the entire study period or roughly 200,000 square miles – about twice the size of Oregon. Most of this reduction occurred in the northern half of the continent where savannas transitions into tropical forest.

Roughly two-thirds of the reduction occurred on natural lands — savannas and forests. Zubkova and her colleagues estimate 71 percent of the decline in fire in these areas could be linked to an increase in plant-available moisture. A rise in moisture availability would likely reduce the flammability of vegetation, Zubkova said, especially in wet savannas.

Only about a third of the reduction in burned areas occurred in croplands. The study did not attempt to attribute this trend to specific human behaviors, such as increases in cropland and grazing land, fire prevention or roads, which can reduce the spread of fire.

“We’ve never had a long record of fire in Africa,” said Luigi Boschetti , a U of I professor in the Department of Natural Resources and Society and co-author on the study. “With these satellite images, this is really the first time we have had enough data to search for trends.”

Contrary to previous studies, researchers found changes in climate, especially variables that influence moisture availability, can explain a larger portion of the decline in burned area in Africa than human pressures, and that both changing climate patterns and increased human pressure are responsible for the decline of fire activity in Africa.

Media note: An image associated with the study’s findings is attached to this email. 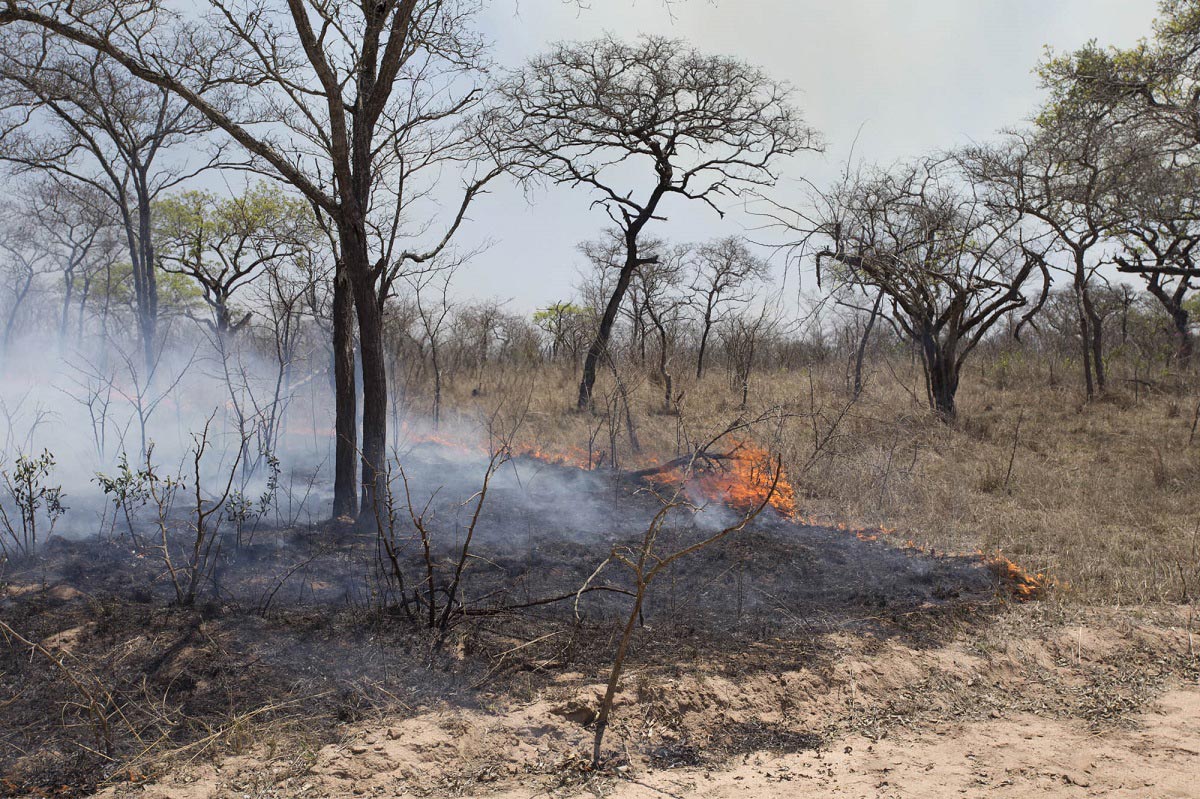