Deer cause 1.2 million vehicle collisions each year in the U.S., resulting in more than 200 deaths, over 29,000 injuries and $1.66 billion in vehicle damage, medical bills and road cleanup.

These statistics make deer the most dangerous animal to humans in North America. However, researchers say another animal commonly thought of as dangerous could reduce the threat.

Sophie Gilbert, who recently joined the University of Idaho as an assistant professor in the College of Natural Resources’ Department of Fish and Wildlife Sciences, and the University of Washington’s Laura Prugh are working to understand how bringing back large carnivores will affect human populations. The team of researchers found that if cougars were successfully recolonized in the Eastern U.S. over a 30-year period, the large cats could thin deer populations and, as a result, reduce vehicle collisions by 22 percent – each year preventing five human deaths, 680 injuries and avoiding costs of $50 million.

Their study was published online this week in the journal Conservation Letters, and discusses how a decline in carnivore populations, including cougars, has created an overabundance of deer.

Helping cougars survive and thrive would reduce the numbers of deer-vehicle collisions simply by reducing the deer population. A cougar will kill an average of 259 adult deer over its lifetime.

There are costs to re-establishing cougars across the U.S., the researchers acknowledged. Attacks on humans, pets and livestock could become more common.

“The most important thing about this work is that it could help people understand that carnivores have some real benefits to offer human populations, in addition to costs that are often discussed,” Gilbert said. “So many people hit a deer or other big herbivore in their cars, or know someone who has, that I think people can really relate to that as a true risk in their lives. In the modern world, large carnivore populations will succeed only if we let them. That is why figuring out and communicating the benefits that they can provide to us, as well as the costs, could be a valuable tool for conservation efforts.” 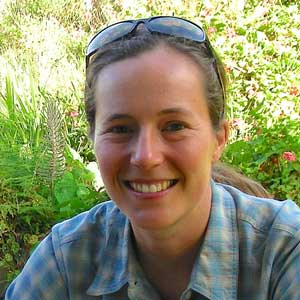