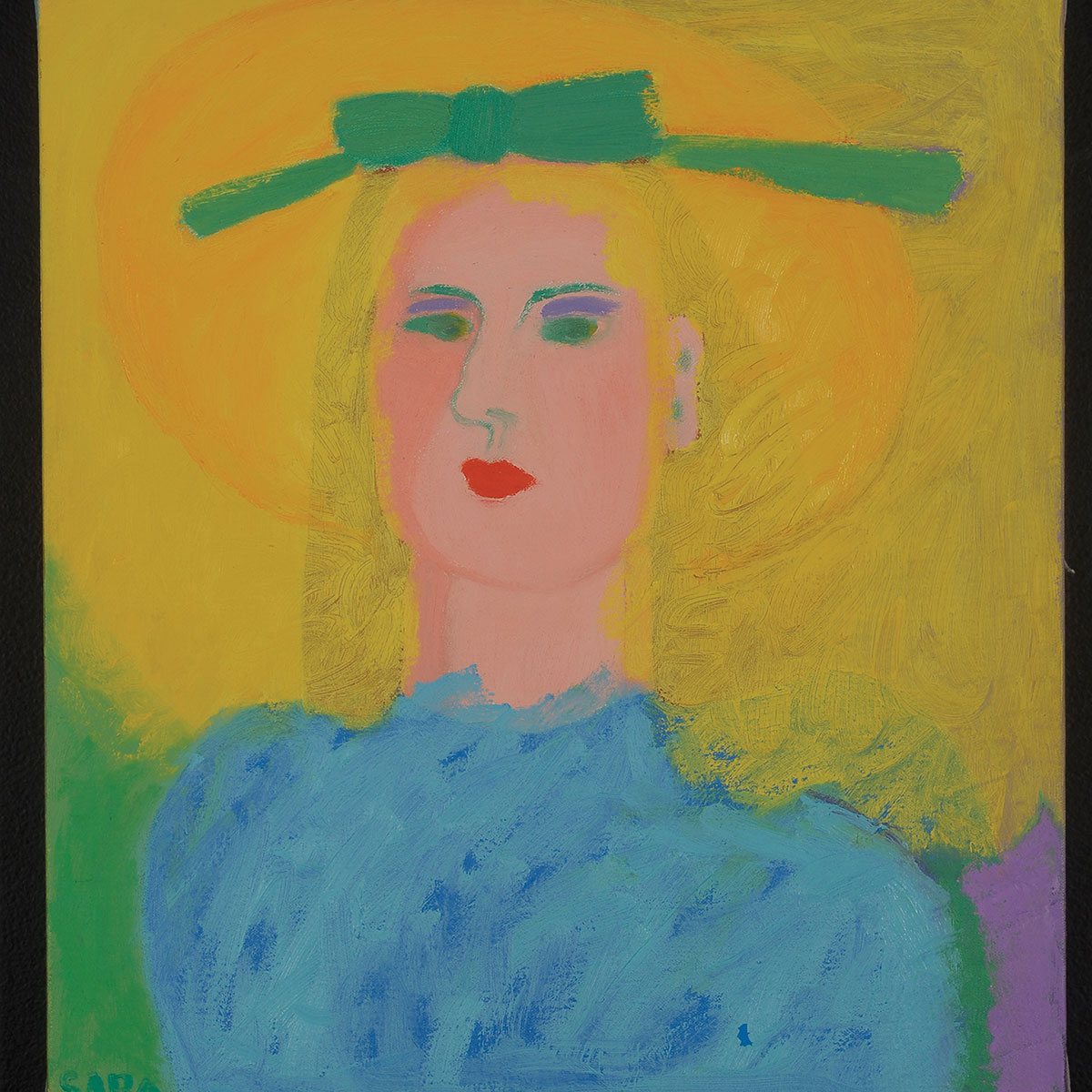 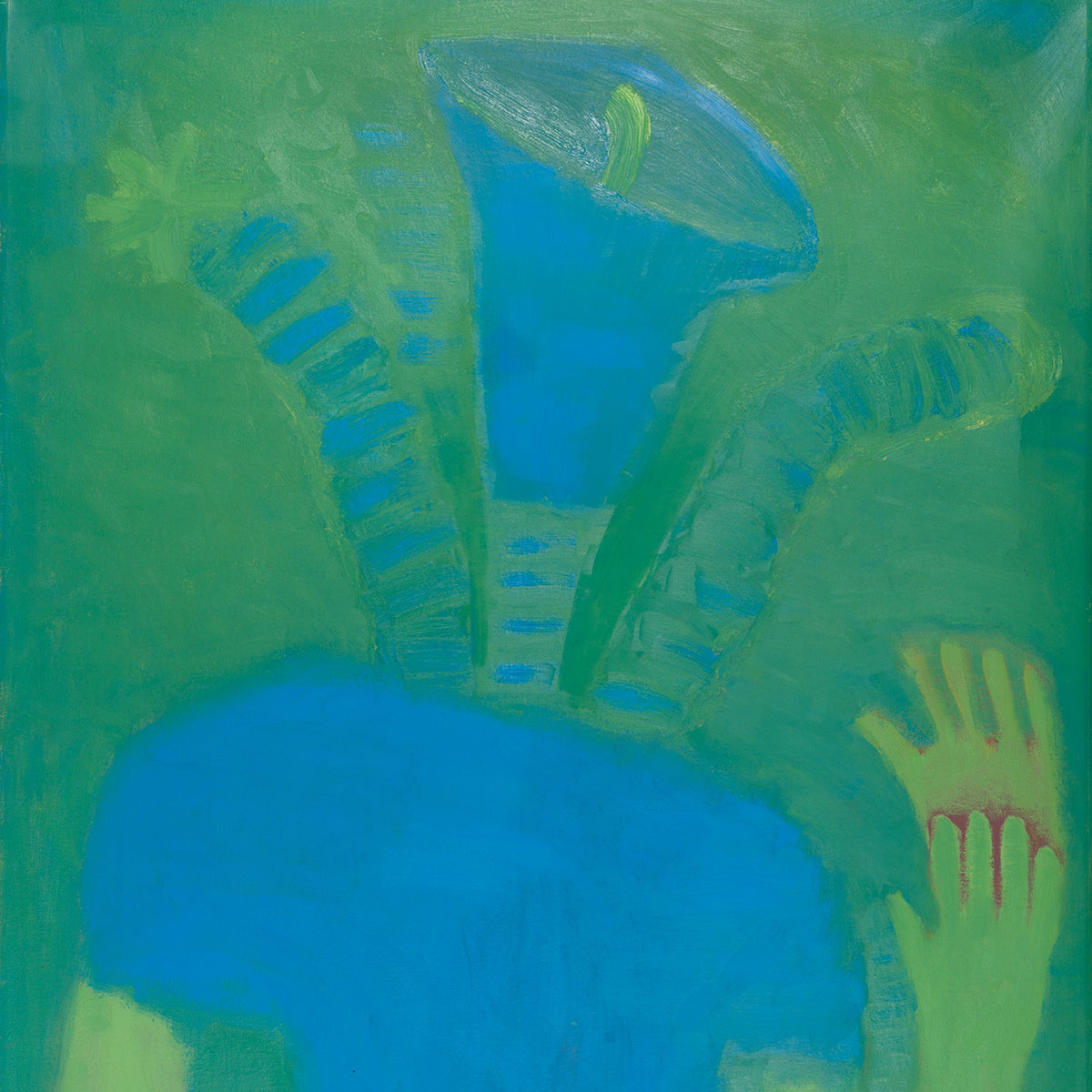 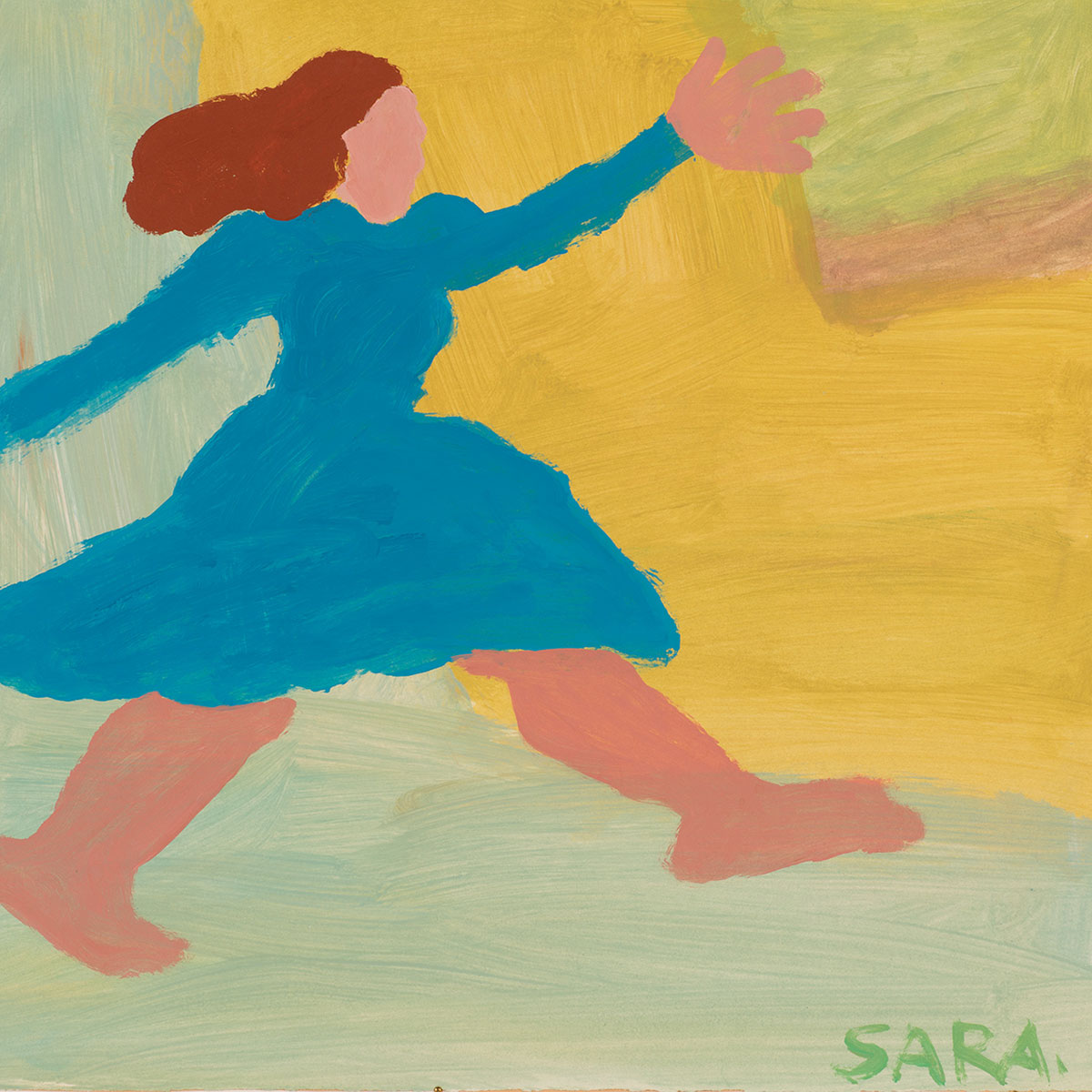 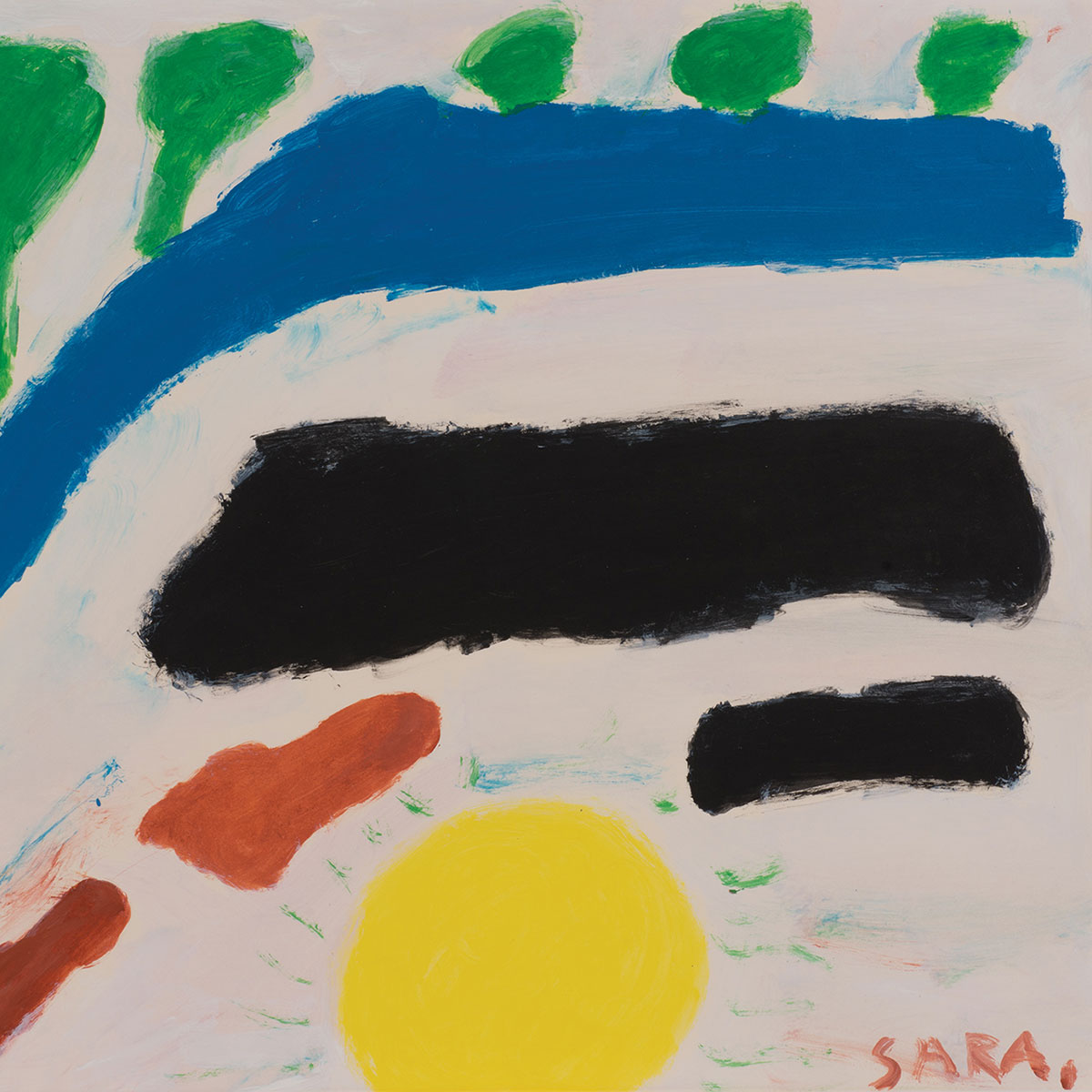 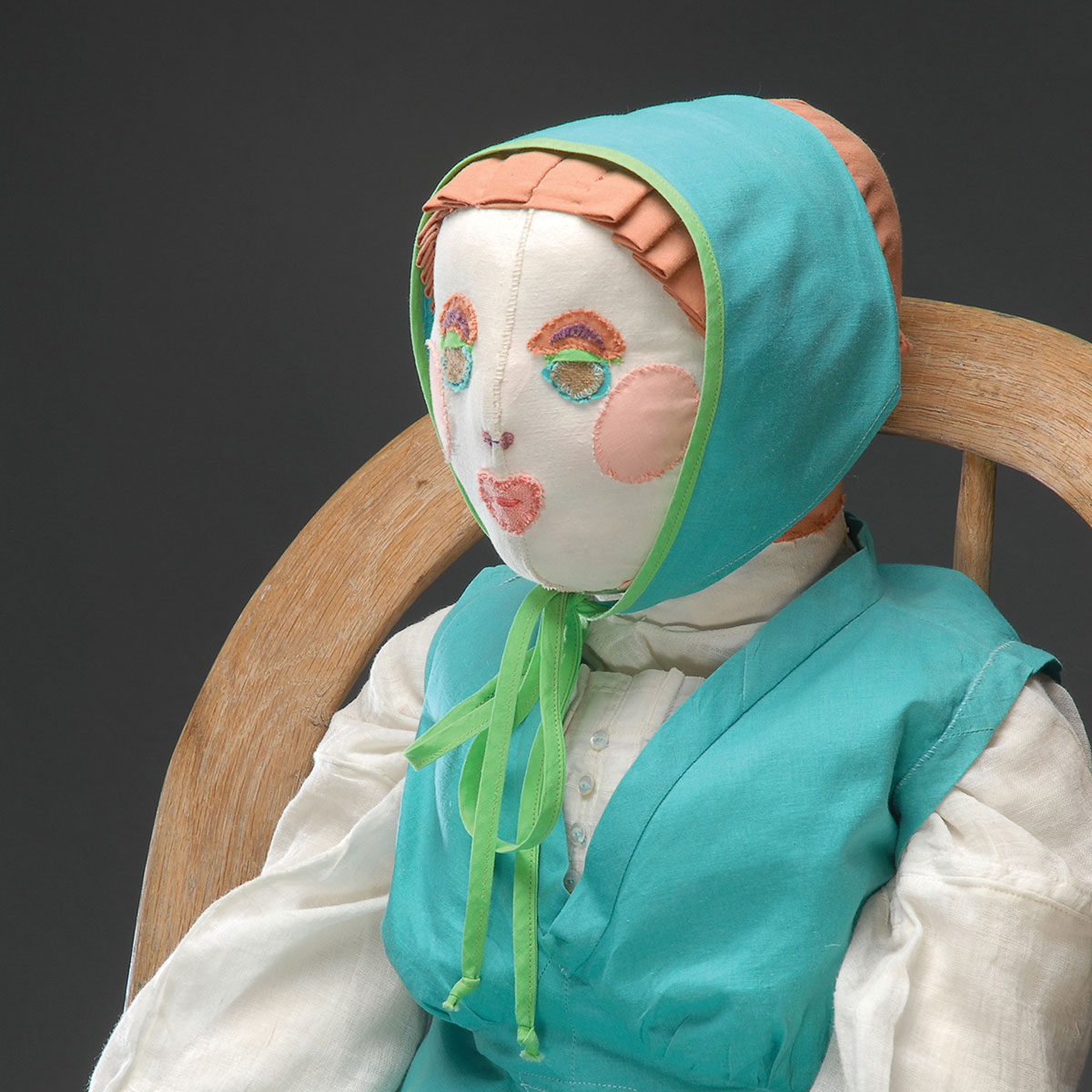 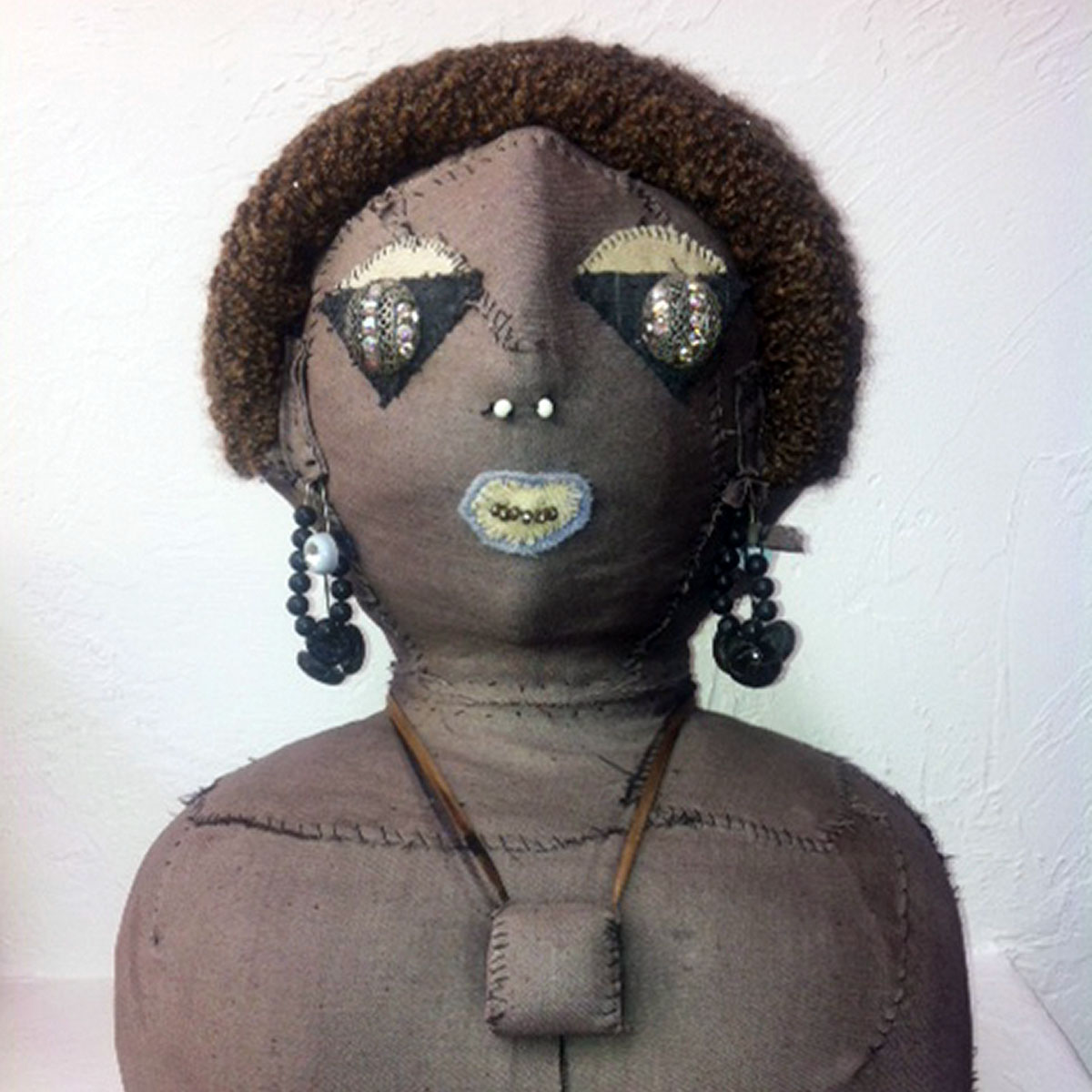 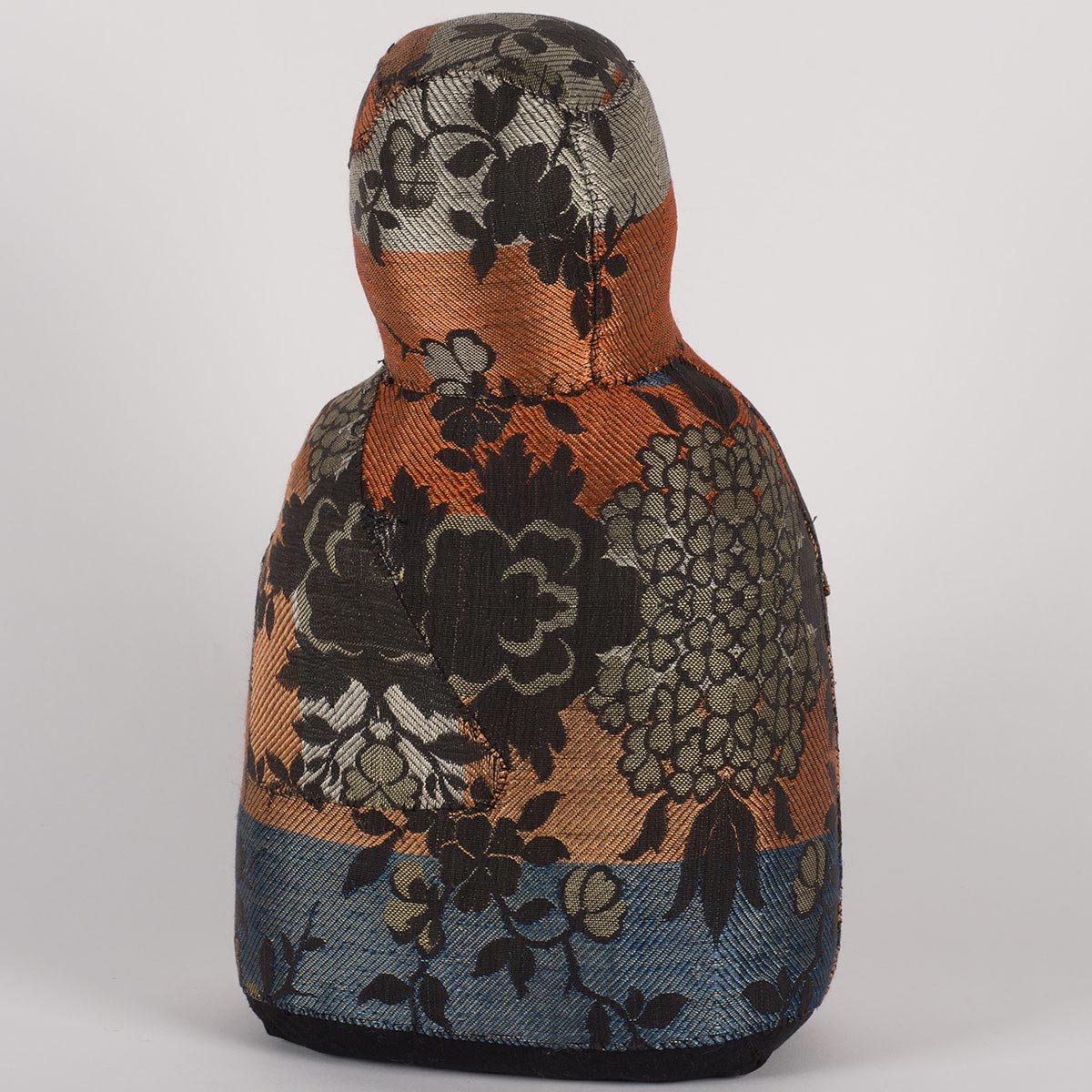 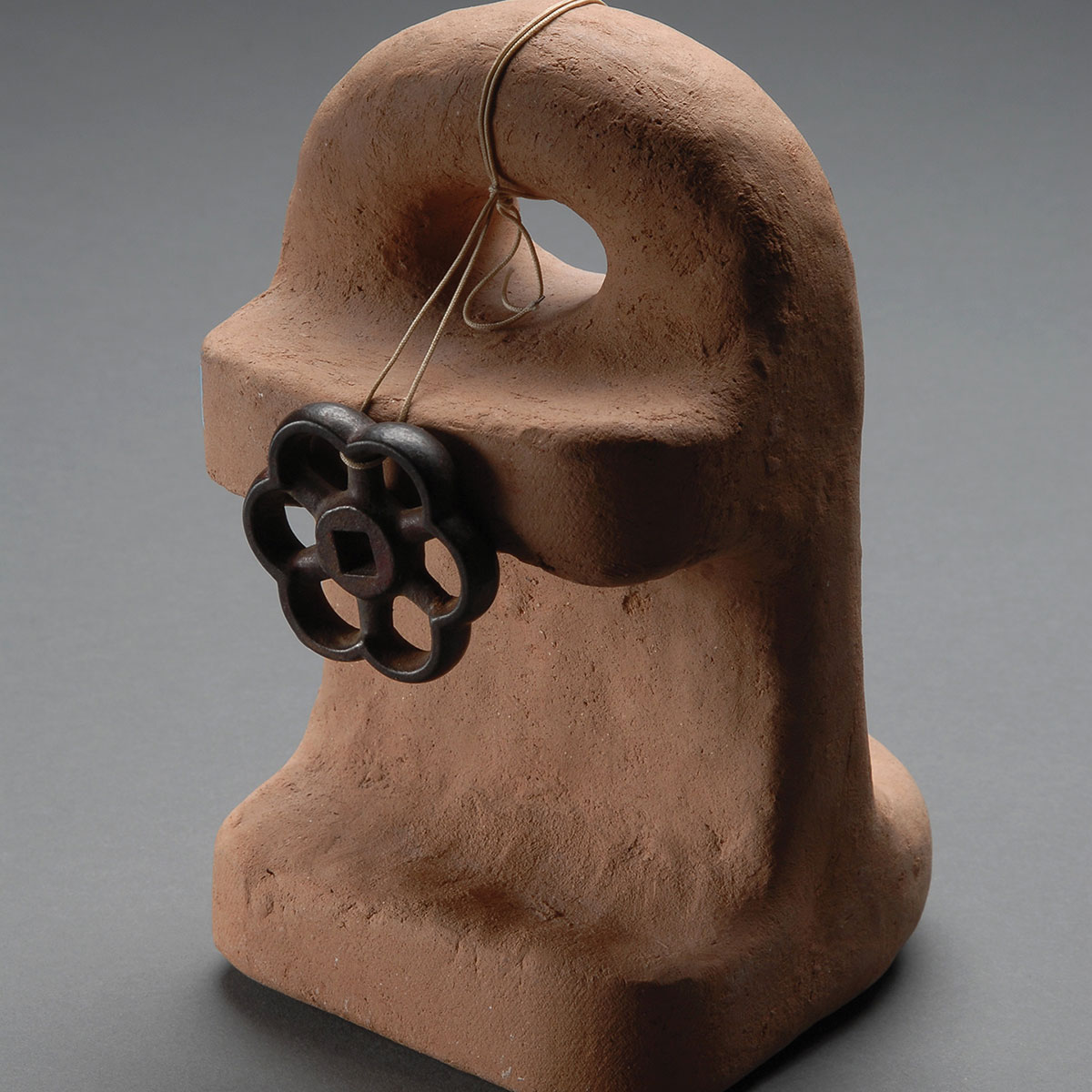 Sara Joyce is described by fellow artists as one of Idaho's most original and inspired contemporary artists. She signed most of her works SARA. While she produced a very large, mature body of work over the course of nearly six decades, she did not start painting on canvas until age 36. By then, she had been exploring many avenues of art including charcoal, pencil, acrylics and sewing. She enrolled in studio art classes at Idaho State University and became interested in figure drawing, painting and clay, and learned to stretch her own canvases. Perhaps more important to the development of her artistic sensibility was Sara’s introduction to renowned anthropologist and ethnologist Sven Liljeblad, with whom she studied for eight years at ISU. She also studied archaeology, astronomy, literature and linguistics, and maintained an interest in prehistoric arts and cultures. Her voracious reading covered mythology, symbolism, Jungian psychology, Eastern philosophy and religion. All of the subjects she studied tied into her development as a self-taught artist, and the questions she posed to herself on these subjects and many others can be seen outlined in her many sketchbooks.

“Her awareness was global,” fellow Pocatello artist Margo Proksa says. “She was scanning the planet for inspiration and education.” Proksa describes many hours spent in conversation with Sara. “She lived life well. She was humble, generous, loved people. She was a good listener and loved people’s stories.”

Growing up in the Southwestern U.S. may have given Sara a distinctive perspective on the dangerous aspects of life. In the desert, encounters with Gila monsters, snakes and scorpions, among other things, were real and present for her. “She found strength to deal with things that are unpleasant. She had her challenges,” Proksa says. Her paintings “Hairy Shaman” and “Visitation” represent the difficulties of life. Sara had an interest in sacred art and said that “all art that draws us to look deeply is spiritual.”

Playfulness is at home with the sacred for Sara. “Buddha” appears in titles for a number of her works, and “Chocolate Buddha” is a charming fellow, his body like a silver-wrapped chocolate bar. He appears to be in mid-bite. Chocolate and the person eating it are united in head-to-toe bliss.

Sara’s work covers the gamut of human emotions. Collector Jim Herzog describes “Easter Morning” as peaceful, while “Long Ancestral Arm” is more disturbing. The arm seems ready to reach through the graves of generations of ancestors to bring seeds, good and bad, from the past into present circumstances. And some viewers have been moved to tears by Sara’s work. “It’s a legitimate response, even though they don’t know why,” says Genesee artist Ellen Vieth. “This is the real thing, it brings it into your heart, it fills your cup.”

Dreams and the ancient practice of dream-telling were important to Sara, and she was interested in her children's dreams and others' as well. “The visual language of myth and dream, the symbolic content and dramatic episodes all find their way into my painting,” Sara said. Much of her development as an artist came about

sketches of dream images. Some of the ideas from her extensive dream journals found their way into drawings and small paintings; some she developed into fabric and clay sculptures and larger oil paintings.

Sara said that while many of her paintings were preceded by sketches, “I usually begin a composition by brushing in a few colors. Sometimes I add layers of color for days or weeks before a form, a figure or pattern emerges. The sudden emergence of a form or figure is very exciting to me and unpredictable.”

Sara worked with a variety of media with ease, from baking bread to sculpting clay forms. Her first studio was an abandoned farmhouse that she converted into a pottery studio; and though she started with a potter’s wheel and kiln, she found the wheel restrictive and began sculpting by hand. She often dug her clay from the banks of the Snake River near American Falls, and fired outdoors in dried cow-pie fires. Although very little of this chalky, rough-textured work or her glazed work remains, some of her smooth terracotta pieces including “Giant’s Jawbone” and “Ladder” remain intact and appear later in Sara’s painting and soft sculpture. One of

Sara’s friends named these clay pieces “Touch Sculptures” because they are so satisfying to hold. The hand-formed pieces are rounded with a feminine quality.

Sara also made furnishings and clothing for herself and her children, skills she later used in her art-making, with a passion for Harris Tweed wool's and other fine fabrics she collected for some of her soft sculptures. She made them by wrapping strips of fabric into solid masses of various shapes. “These pieces are created from the inside outward by means of a gradual process of wrapping, rolling and sewing,” Sara said. Some of the figures comprise more than 25 pounds of hand-sewn recycled fabrics. In the final steps she hand stitched expressive facial features and added decorative elements to bring the forms to life. They are indeed lifelike in their solid weightiness and luminous presence.

“Miss Wren” is Sara’s first “Cloth Person,” inspired by a character in “Our Mutual Friend,” a novel by Charles Dickens. She wears a turquoise dress and bonnet, and like her namesake is not strong physically. One of her legs is shorter than the other. “Mr. Night” is muscular with plaid hair and tweed chest hair; “Hester,” with purple braids and flowered eyelids, is from Nova Scotia and expecting. “I don’t know if calling them dolls is right,” Sara said, “they’re more person-like.”

“Trinka” and Joe,” along with a series called “Incarnation of the Buddha,” are examples of her soft sculptures known as Half Bodies, and they are among Sara’s most original creations. As Vieth says, “Sara abstracted her subject matter, and never really abandoned the figure. By illuminating the nonessential, by celebrating the everyday, Sara has established a tremendous following and the admiration of her fellow artists throughout the state.”

The Art Museum of Eastern Idaho